Disclosure: The organizers of IMGA paid my way to Marseille. Our coverage remains objective.

Maarten Noyons helped start the International Mobile Gaming Awards back in 2004. That was in the days when graphics on feature phones truly sucked, and smartphones and app stores were just visions of the future. Now, the mobile game industry has grown to $30 billion, with revenues expected to exceed the console industry’s this year, according to market researcher Newzoo. The industry is truly global, and so the task of picking the best mobile games of the year has become a complicated beast. The contest is orchestrated by a small crew headed by Noyons, who has been there from the beginning.

I made the trip to Marseille, France, as one of a couple of dozen expert judges for the 11th annual IMGA event. In 48 hours, we looked at more than 1,000 entries and narrowed the field down to 93 titles across 10 categories. We’ll pick the final winners at the Game Developers Conference on March 3, and the public will weigh in with its votes as well. Here’s our edited transcript of our interview with Noyons.

GamesBeat: Tell me about starting the IMGA. How did it all get going in the first place and why?

Maarten Noyons: Back in 2004 there was a company called Autodesk. They were looking at mobile games as a huge opportunity, because 3D was coming to mobile, to the more powerful handsets. They saw a huge opportunity to have their software be used by game developers, and so they started a 3D mobile gaming contest.

I was working for a company at the time, and I told them, “This is an interesting competition. We should be part of it.” We became a sponsor of this competition. But then Autodesk had acquired Discrete at the time. They closed the office that was running the competition, and so it shut down before it actually got started. Then I decided to contact the sponsors — Intel, Nokia, a number of other companies — and I turned it into the International Mobile Gaming Awards.

GamesBeat: It’s interesting that your perspective from the beginning was global. Why take that approach so far back?

Noyons: In 2004 there was NTT DoCoMo in a joint venture with Deutsche Telekom to launch i-mode games into Europe. The market was very global at that moment. You had Nokia. You had Brew Games. They tried to move into Europe as well. You had a lot of contact between different operators. They were moving into an international playground.

GamesBeat: So you were predicting that gaming would be a worldwide thing for mobile devices. It seems like a lucky prediction in retrospect.

Noyons: When you listen to Michel Guillemot, the founder of Gameloft, this is exactly what he was saying. There were about a billion screens out there, far more than television sets. That was his story, for investors and everyone else. The mobile gaming proposition is much bigger than any other proposition on any other kind of screen. The largest number of screens is in mobile handsets. I shared that vision at the time. 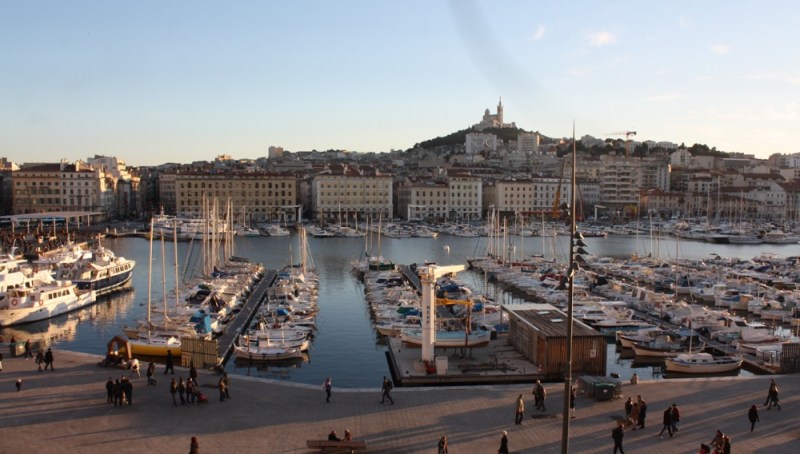 Above: View of Marseille, France

GamesBeat: What kind of awards were you giving out in those days and to what kind of games?

Noyons: In the beginning it was not very difficult to get sponsorship for a competition like ours. We gave away cash prizes, which boosted the number of entries. It also boosted the number of entries that were here because they needed money. We saw that giving away money — at the same time that entry was free — meant a lot of startups, a lot of young people started sending us content. A large part, in the beginning, were unfinished games. They were building games and thinking about games and making proposition for games because there was a cash prize to win.

In the beginning the jury was running through Powerpoint presentations and builds that didn’t really work. Or they’d get phones sent in with the games pre-installed, because there was no other way to demo a project. There were so many different platforms that they’d have to send us a device. For multiplayer games it was even more difficult, because the players needed to be next to each other to test a game.

GamesBeat: I suppose a big turning point was the launch of the iPhone.

Noyons: Yes, that was a big change. Not so many people realize this, but the launch of the N-Gage and the launch of the iPhone were in more or less the same year of our timeline. We were still sponsored by Nokia when the iPhone launched. There were still Symbian games being published after the iPhone arrived. Firemonkeys were doing Real Racing for Symbian at the same time they were porting it to iOS.

GamesBeat: Those games probably dominated the awards, even as the iPhone was getting started.

Noyons: The N-Gage had a big impact on the IMGA in the year that the iPhone arrived. When Steve Jobs gave his big speech to launch the iPhone, though, there was one big game there. That was Kroll, from Digital Legends, which had been a winner at the IMGA. We managed to make the transition from the N-Gage to iOS fairly smoothly, except that we had a big gap in our funding at that moment.

Our technology partners and sponsors had completely changed. The whole ecosystem was changing from the Nokia ecosystem to the iOS ecosystem. That happened very quickly. We had a difficult year, and in that difficult year we were more or less saved by Motorola. They were looking for an event to incorporate into the Mobile World Congress, and here we were. They helped us do our event at the MWC.

GamesBeat: So you’ve done one every year now?

Noyons: Yes, every year from 2004 onward. The first eight years were at the Mobile World Congress in Barcelona, and now we’re on our third year here in San Francisco.

GamesBeat: Now the industry’s huge. It’s probably the biggest gaming industry of all — maybe $30 billion worldwide. There’s a couple billion devices out there and maybe a million games. How does that impact your awards?

Noyons: You could see it as a catch-22. On the one hand, the number of games we have to judge is becoming greater and greater. That means more work for us. On the other hand, sponsorship becomes more and more difficult, because the concentration in the industry is solidifying. 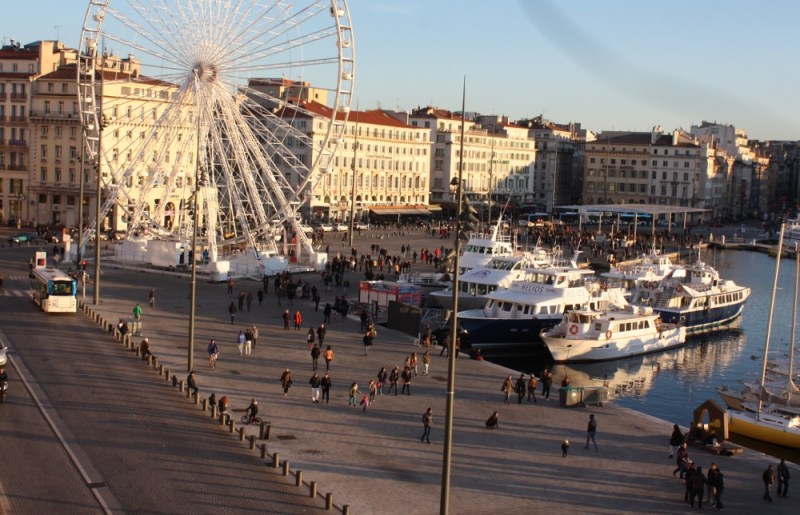 GamesBeat: But it still seems like there’s a place for awards. Consumers need a way to sort through the bad stuff to find the good.

Noyons: Exactly. There’s more need for discovery. We have a couple of very good publications out there, but we’re not dependent on advertising or anything else. We try to incorporate as many good publications as we can to be part of our judging team. We try to be as independent as possible. We look at big studios and small. For us, it’s all about fun. What’s the fun that games offer to consumers?

It’s still a goal for us to play as many games as possible. I think we contribute to the fun people can discover in the games they play.

GamesBeat: What do you think is the difference in the winners these days? What kind of trends are you seeing in gaming?

Noyons: There’s always a big discrepancy between what people want to play and what the studios produce. A lot of studios are making retro games, for instance. They’re making games because they like a specific type of game personally. But they don’t look enough at what’s happening in the market, what’s really working well. We’re not ready for another endless runner, for instance, or another retro space shooter. Everybody’s looking for something fresh.

Fortunately, with the IMGA, we have so many games entering that we see there’s still a lot of fresh new games coming out. But we need more. As a jury, we’re very hungry for more fresh and interesting games. We see a lot of copies of things like Candy Crush, a lot of strategy games following Clash of Clans and things like that. The audience knows how to find the best games, though. They’re not waiting for something that’s the same as what’s already out there.

We’re seeing big challenges coming with augmented reality, HTML 5, cross-platform games, multiplayer games. Developers are creating interesting social experiences with Facebook and other platforms. There are big challenges out there for developers who want to make a difference.

GamesBeat: The market is much more global, too. The companies that produce the best games are spread all around — Finland, China, Japan, the U.S.

Noyons: If you look at the top 10s in all these different countries throughout their history, some markets tend to be very similar. The U.S. and Europe are very similar. There are small differences, but they’re very similar in taste, which creates one huge market that keeps extending into places like South America and Australia. The Chinese market is sort of mixed. You see games from the west are very successful, but local games are in the top 10 as well. Korea and Japan are very different. You see a lot of MMOs in Korea that monetize very well there, but they don’t work well anywhere else. Anyway, you could argue that there are maybe just three or four different major markets or territories in the world.

GamesBeat: Do you have to figure out how to judge games differently for those markets?

Noyons: We want to launch an IMGA in Asia, a separate competition for Asian games. We’d like to do that this year, in 2015. We’ll have a Japanese jury, a Korean jury, a Chinese jury, and an international jury as well who can look at games that compete in the Asian markets. We’ll have specific categories for Japanese games and Korean games. We’re not exactly sure about all the possible categories, but they’ll reflect the different tastes in these countries. In time, with these two competitions – the IMGA International and the IMGA Asia – we want to be able to gather intelligence about these different markets.

GamesBeat: When we catch you in your own home playing a mobile game, what’s it going to be?

Noyons: I might be playing Soccer Physics with a friend. I’m having a lot of fun with that. Or Spaceteam, or maybe trying out one of the augmented reality games. I could be looking at some of the HTML 5 cross-platform games that are coming out, or checking out some strange trading-card game from Japan, trying to understand how it works. Or I could just be playing Threes. 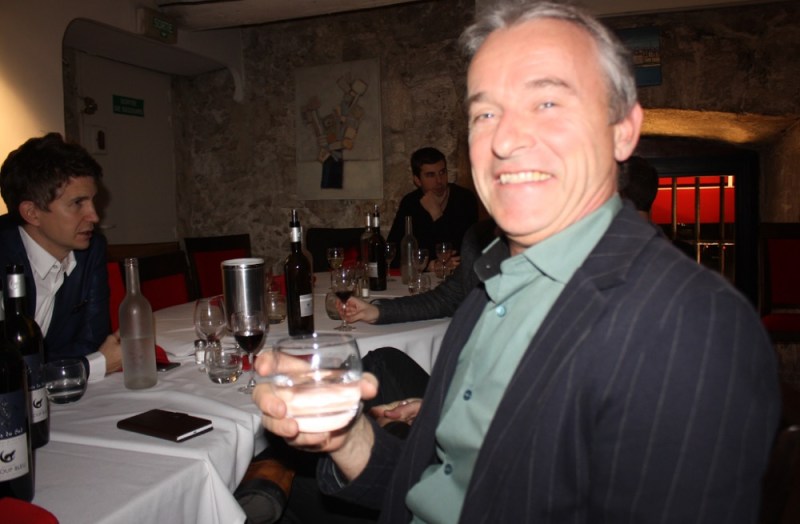