Niantic Labs was an oddball startup within Google.

Conceived by John Hanke to promote exercise and an appreciation of public art, Niantic created a location-based game, Ingress, that worked on Android smartphones. Players from two different factions could converge on public spaces and battle for control of them. The game grew and grew, thanks in part to live events where the players gathered to battle each other with smartphones. It grew to millions of players, and that drew the attention of Nintendo.

Nintendo and The Pokémon Company Group announced that they would work with Niantic to create Pokémon Go, a global location-based game where you can go out into the real world and catch Pokémon creatures. It’s a bold plan to marry Niantic’s location technology and massively multiplayer online game engine with the timeless intellectual property of the Pokémon franchise (which has sold more than 21 billion cards since the card game’s debut in 1999. The game is coming in 2016, and that’s just one of the things that Niantic, which is still operating Ingress, has in store.

Now Niantic has spun off as a separate startup, with funding from Google, Nintendo, and The Pokémon Company. It raised $30 million in the process. It has moved into a new headquarters in San Francisco. Niantic has just 41 employees, but it’s hard at work on turning Pokémon Go into a reality.

I sat down John Hanke, chief executive of Niantic, and Mike Quigley, chief marketing officer at Niantic, at the company’s new digs. Here’s an edited transcript of our conversation. They talked a lot about what they learned from Ingress. Hanke also spilled some good details about how multiplayer teams will work in Pokémon Go, Nintendo’s plans for its own Pokémon Go Plus device, and what it was like to work with Satoru Iwata, the former president of Nintendo, before he died from cancer this summer, and the potential for augmented reality games.

Above: The crowd at the Ingress event in Oakland, Calif., last weekend.

GamesBeat: We’ve seen you do some interesting deals lately.

John Hanke: Absolutely. We’re super excited to have Nintendo and the Pokémon Company on board. It was a real thrill for me to be on stage with Mr. Miyamoto in Japan when we announced it. It was great to see his enthusiasm for the project. We hosted an announcement for the press in Tokyo. Mr. [Shigeru] Miyamoto came down from Kyoto, and Mr. [Tsunekazu] Ishihara, the CEO of the Pokémon Company. They’re part of the Nintendo family, but it’s an independent company. We also had Mr. [Junichi] Masuda, one of the original programmers for the Game Boy. He’s worked on the project for 20 years, since that first release. They’re having the 20-year anniversary of Pokemon on February 27.

GamesBeat: I’m curious about how that developed, because it’s such an unusual thing for Nintendo to do. They rarely collaborate to this degree with companies in the west.

Hanke: It was driven in large part by Mr. Ishihara and the Pokémon Company. They’ve been involved in developing all the Pokémon games through the years. They guide the IP. But a lot of what they do is through partnerships. They partnered initially with Wizards of the Coast to bring out the Pokémon card game, which has now sold something like 21 billion cards. They have animation partners who do the TV show. They’re a partnering type of company. Mr. Ishihara ushered us into the halls at Nintendo.

The former CEO of Nintendo, Mr. Iwata, had his hand on the wheel. He was steering Nintendo in a new direction. Part of that was the partnership with DeNA, the mobile game company. They have new hardware in the pipeline that they’ve been working on. He saw the need and personally wanted to help evolve Nintendo. They resisted mobile for a long time. But it’s clear their relationships with us and with DeNA that they now understand how relevant it is to the future.

Mr. Ishihara is now a very high-level Ingress player. His wife is an Ingress player. Both of them were higher-level than me when I first met them. It was great to work with a partner that got it from the beginning. They saw Ingress as a perfect match for Pokémon. We were practically finishing each other’s sentences. Ingress, you conquer portals. Pokemon, obviously, you’d go out into the real world and find Pokemon and battle them against other players and trade them and go to gyms. That’s how it’s going to work. Let’s do it.

It wasn’t totally accidental. Google had worked with Pokémon on a Google Maps mashup for April Fool’s three years ago. We had some experience building a mini-product with them. We actually used the same company to do the launch video for Pokémon Go as worked on the April Fool’s video.

Mike Quigley: After an Ingress event in Japan, the Pokémon Company guys went out to dinner and drinks with us. All Mr. Masuda wanted to do was bend our ears and talk about Ingress features. He and John were practically having a game design meeting.

Hanke: He advises us on game design for Pokémon and helps make sure that we keep true to the franchise, the history of all the handheld games they’ve done. They’re so excited about this as a new version of the game that’s never been done before. It’s not like it’s just another rev of the handheld game. This is a Pokémon experience that’s brand new, and yet it goes back to the very origin of the franchise. It’s about a kid who goes out in the world and finds Pokémon. If you strip away a lot of the complexity and stuff that’s been added on, it’s the most basic expression of that concept. 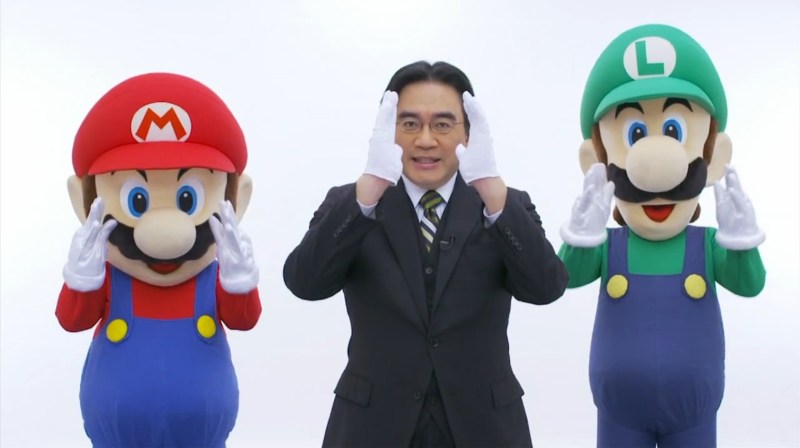 GamesBeat: I’m curious about what you think of mapping Pokémon onto this engine where location is such a big advantage. Location can also be a challenge or disadvantage in some other ways, though. In some past location-based games, if there’s not enough players in an area, they’re not really socially connected. If you have to travel very far to find something, is it really worth doing?

Hanke: We’ve learned a lot on those fronts with Ingress. Even if you’re in a small town — I grew up in a town of 1,000 people in Texas. We had that as a design goal. If we’re going to build a game that works with location, it has to be fun for people anywhere to play, in small towns as well as San Francisco. If we designed something that only worked in San Francisco, it wouldn’t be a real success. We wanted it to work globally.

You do things like enabling asynchronous play. If someone passes through that town on a trip to somewhere else, they interact with the locations there. That makes the place feel alive, even if you didn’t match with them head-to-head. The linking game in Ingress, where you link from one city to another to form big fields, means that what people might be doing in very small, remote locations is still critical to the global game. We’ll find that a town in rural Mississippi all of a sudden has a global spotlight on it because it’s an anchor for one of these big fields.

There’s an incentive for teams to find obscure places to anchor their portals, in fact. There are fewer attackers on the other team to take them out. It’s a defense, like security through obscurity. You try to grab something that’s far away from everywhere else. That means, at that point in time, that people playing in that area all of a sudden are on the global stage.

This idea of moving keys around — you get a key from a portal. You need the key to make a link. People are ferrying these around like they’re muling drugs. They’re transporting them from person to person. That means, if you want to get them from New York to San Francisco, they may transit several places in between. It stitches the whole world together into the global game.

I feel like we’ve learned a lot of lessons from Ingress that we’ll bring to Pokémon. We’ll make sure you can play it everywhere.