GamesBeat: How do you plan to handle the distribution of different items and things in the game?

Hanke: Our goal is to make it so you can walk out of the house and within five minutes, you can find Pokémon. It may not be the most rare Pokémon in the world, but there’ll be a population of Pokémon living near all our players. Gyms will be a bit more rare. You want to find gyms so you can level up your Pokémon and battle there, so it will take a little more effort to get there.

Pokémon will live in different parts of the world depending on what type of Pokémon they are. Water Pokémon will live near the water. It may be that certain Pokémon will only exist in certain parts of the world. Very rare Pokémon may exist in very few places. But you can trade. If you live in a place with lots of water Pokémon and you come to an event — we have these Ingress events that are getting bigger and bigger. We’ll have our biggest weekend ever on Saturday.

We’ll have events for Pokémon as well. Those are competitive, but they can also be places to trade stuff with other players. Pokémon trading is going to be huge. You can’t get all of them by yourself. If you want all of them you’ll have to trade with other players. Or you have to be someone who takes time off work and travels the world for a year. There may be people who do that.

GamesBeat: Would you encourage any crossover between Ingress and Pokémon? Can you be playing both games at the same locations?

Hanke: I know people will be flipping back and forth between the two. Our Ingress audience — we see people who’ve proven to have an interest in location gaming as a part of the target audience. But obviously we think the Pokémon audience is much bigger than that.

This is the first time there will be a real Pokémon experience on a mobile phone. You know the numbers as far as the installed base of the DS market and the 3DS market. Compare it to the installed base for smartphones worldwide. Now Pokémon is available to, what, 100 times more people in terms of market potential?

And there are markets where they don’t even sell Nintendo hardware, because the price point and distribution doesn’t work out – India, for example, or Brazil – but there’s surging smartphone usage. We see Ingress players in India, Brazil, Sri Lanka, Malaysia. Pokémon may be known through the animation or the cards, but people haven’t had the chance to play the games before. They’ll be able to play the games for the first time. It builds on Ingress, but it’s a much bigger opportunity. 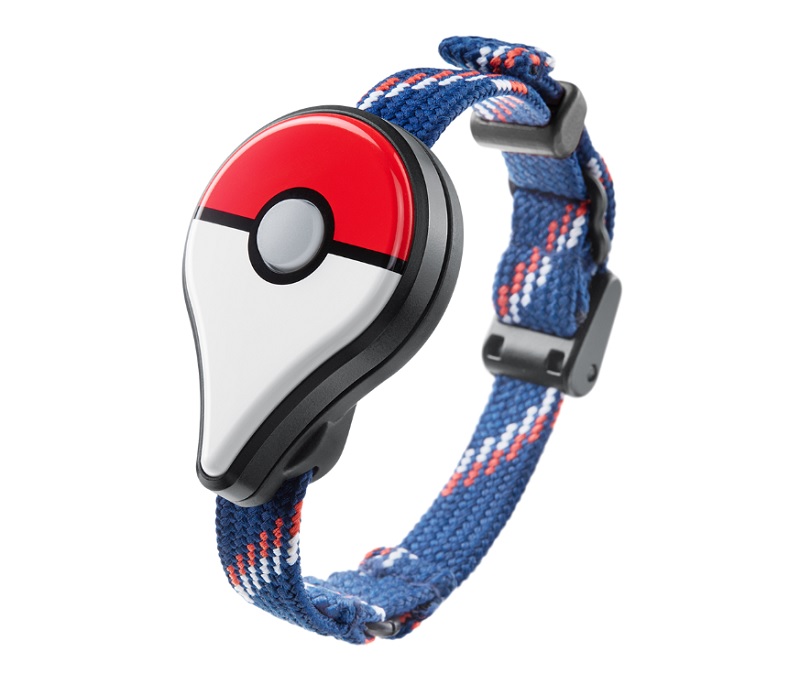 Above: The Pokémon Go Plus device senses nearby creatures.

GamesBeat: Nintendo also wants to do their own unique device, right?

Hanke: The Pokémon Go Plus, yeah.

GamesBeat: At the same time they’re racing into mobile, they have their own dedicated hardware.

Hanke: It’s a nice way to take a step in the mobile ecosystem for them. That came out of two influences. One was a learning from Ingress. We wanted to give people a way to play the game where you didn’t necessarily have to take your phone out and interact with the UX. Part of the idea of the game is, you’re outside and you can see beautiful things. If you’re always staring at your phone, you’re not seeing the world around you.

We had brainstormed this idea. Why not have a little device that buzzes when you’re near something important? You can interact with it in some subtle way, and then later on you can open up your app or your tablet and you see, “Oh, I got this or did that.” That was one of the influences.

The other was, imagine that a parent is playing with a kid and they want to give the kid a device to interact with rather than handing over the phone. I’m often handing my phone to my kid, because he’s bored or whatever. But the idea is you can give them the Pokémon Go Plus device. It vibrates and flashes when you’re near Pokémon. When they press a button in a certain sequence they capture it. Then, later on, you can look at it together on your phone or tablet.

GamesBeat: The functionality is pretty much the same as you’d do with your phone?

Hanke: It’s more limited, but it’s heads-up gameplay. I can show you the design prototype. It’s very slightly bigger, a bit heavier, but this is pretty much the size of it. It comes with a bracelet so you can wear it like a wrist device. It’s Fitbit-ish in terms of size. Battery lasts a long time. You don’t have to worry about charging all the time. This is a multicolor LED and button. You’ll notice that it’s the Google Map pen with the Pokeball shape and color fused together. You can imagine kids going to school with this on their backpack.

GamesBeat: Can you talk about your options as far as how to structure this and set it up? Why not continue to exist inside Google? Why go down this particular road?

Hanke: Partly it allows us to do something like this with Nintendo and Pokémon, where they can invest and be a co-owner of the company and feel like they have a very tight relationship. They’re putting the number two video game franchise of all time in the hands of this project. It would be more difficult to do if they didn’t at least own a portion of the company. They feel like there’s a good alignment of interest.

If you look at Google overall — we ended up experimenting with different things, but at the end of the day we focused on a pretty specific strategy around building these real-world entertainment experiences. There are some synergies with Google, but they’re only in certain areas. It makes sense to do it as a separate company. We’re going here. Google is going there. Various other parts of Google have their own specific targets. I think you’ll see more of this in the future, where some of those projects become more independent. They need to have close partnerships or additional capital or whatever with people in specific industries in order to fully realize their vision. 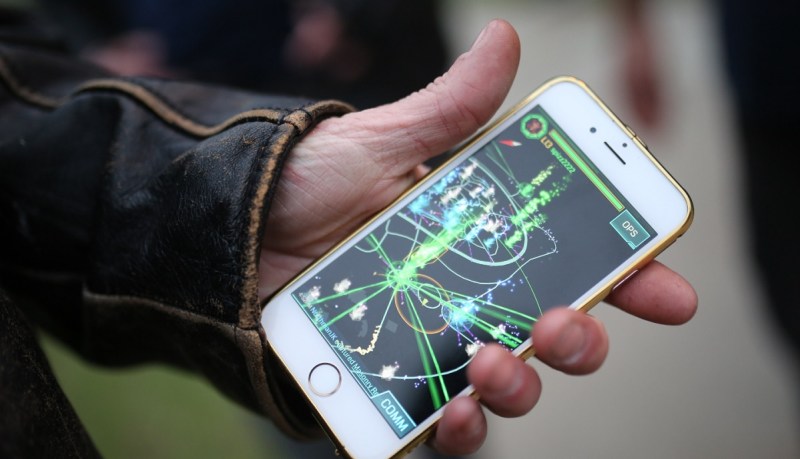 Above: Ingress mobile game pits two factions against each other.

GamesBeat: You guys weren’t really—I guess you were not capital-starved. Google has all the money in the world. Did the need to invest more money really come from this project?

Hanke: Yeah, we had all the capital we needed. That wasn’t the issue. It was really—In addition to money relationships, IP partnerships, experience in marketing video games—There’s a bunch of stuff that Google wasn’t inherently deep in. We’re lucky that almost by chance, Mike ended up with Google. He did have 10 years of experience in video game marketing. But as a company it’s not something we had a huge competence in.

Quigley: It’s a nice signal, too, that Google put in new money. They already have an ownership stake because of everything they invested in us for three and a half years before we spun out. Of course we have all that code base that’s with us now independently. But that’s hopefully, to an outside observer, a sign of the continued support we have from Google.

GamesBeat: Moving here, is that part of being independent as well?

Hanke: We didn’t go far from the nest. We’re a five-minute walk away. But it means a lot to us to be outside of the Google mothership. It’s our space.