Nearly 20 years ago, Larry Kuperman left his first career as a self-described “suit-and-tie” businessman for a position in the gaming industry. And he hasn’t looked back since.

While Kuperman’s worked at various companies in that time, his current role as the director of business development at Nightdive Studios is particularly meaningful for him. Nightdive specializes in making old and sometimes forgotten games work on modern consoles and PCs, many of which were games he used to play himself.

“I’m a bit older than most people in the industry. These were games that I had played with my kids, specifically with my son, when they were new,” Kuperman said when asked why he joined the studio. “The idea of bringing them back for a new audience, and in particular bringing them back to new platforms, was very much appealing to me.”

Nightdive’s most recent release, Blood: Fresh Supply on PC, is a good example of that restoration process. Blood: Fresh Supply is a top-to-bottom remaster of the classic first-person shooter Blood, which originally came out in 1997 from developer Monolith Productions. You play as Caleb, an undead gunslinger who is battling his way through demons and other monstrous foes to kill the evil god Tchernobog.

Blood’s dark humor and inventive weaponry — such as using a voodoo doll to damage enemies — are just a few of the reasons why Nightdive wanted to work on the game. And like other shooters from the late ’90s era, Blood has a passionate fanbase who love the game for its difficulty.

“The other thing that most people enjoy is that Blood is a terrifically difficult game. Every time you think you’ve got it made, there’s that one last guy that you didn’t see coming that gets you. It has that right balance between being challenging and being frustrating,” said Kuperman. 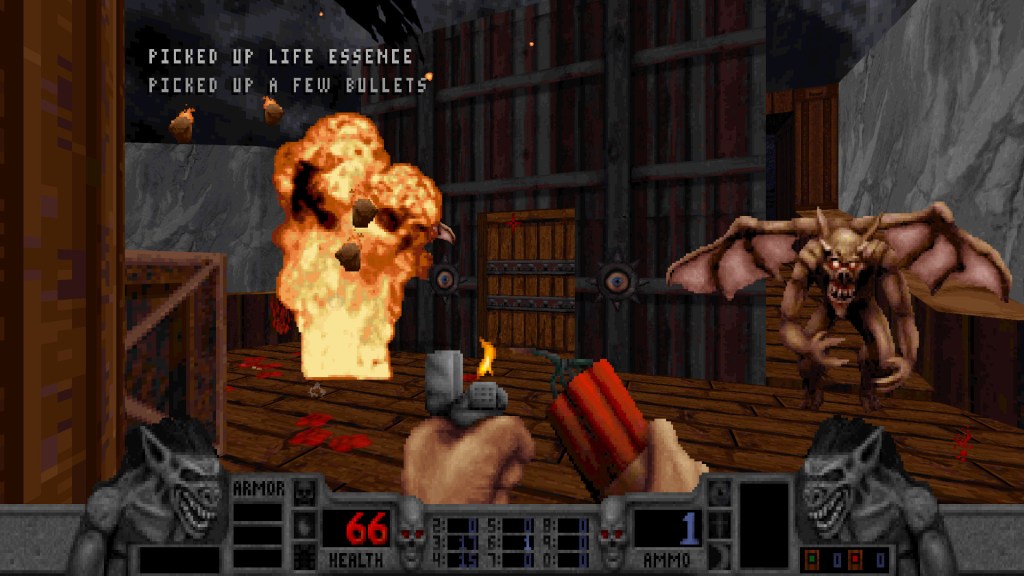 Whenever Nightdive decides what title to work on next, Kuperman and CEO Stephen Kick find out who the original intellectual property owners are (Kuperman said it sometimes involves “a certain amount of detective work”) and reach out to them to negotiate. But since Blood’s IP and publishing rights are tied up among multiple companies, it was a little trickier than usual to pull off.

“Because it was a Monolith title, Monolith now being part of Warner, and Atari having certain rights — it was a multi-year struggle to get the permission to update that game,” said Kuperman.

Once all parties reach an agreement, it’s up to Nightdive’s Kex engine group — one of two teams at the company (the other is working on the upcoming System Shock remake) — to remaster the game. Kex is Nightdive’s secret sauce, a propriety game engine specifically built to port classic games to modern platforms.

At first, Kex was limited to PC releases. But the developer has since expanded it to include Xbox One and Nintendo Switch (as seen with the remastered versions of Turok and Turok 2), and they plan on supporting PlayStation 4 soon.

For Blood: Fresh Supply, the Kex team added in a number of new features that the original game didn’t have, including support for 4K PC monitors and 4-on-4 online multiplayer modes (which required a whole rewrite of the game’s old netcode). However, Nightdive doesn’t want to mess too much with what made these classics feel great in the first place.

“We try to restore the games not the way they were when you originally played them. People could do that with a couple of different solutions out there that would make the game playable. But [we want to make them] look and feel the way you remember them, engendering that same excitement,” said Kuperman. 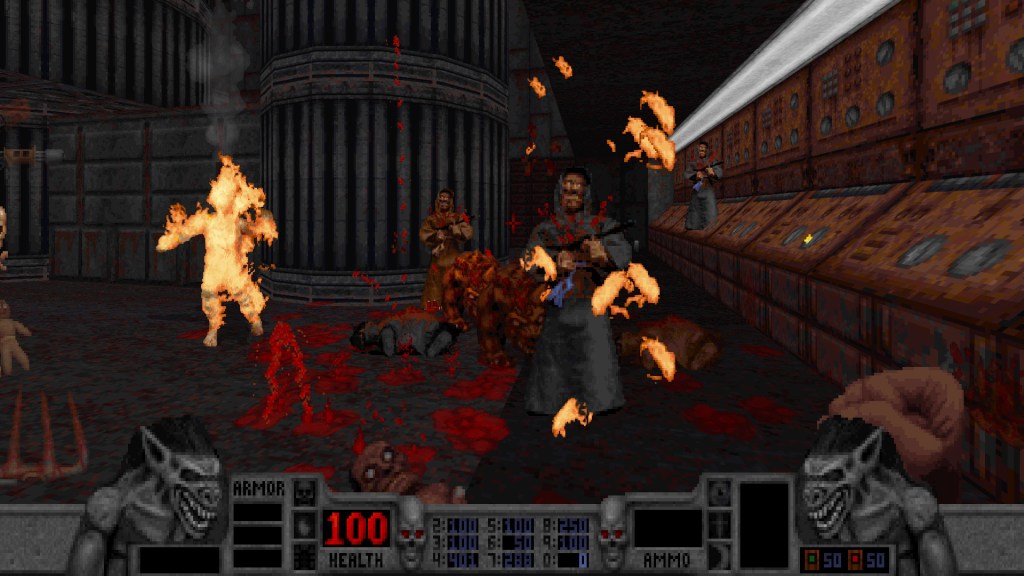 The team was very happy with the critical and fan response to Blood: Fresh Supply, especially when Monolith gave the game a shout-out on Twitter. So far, Nightdive has re-released or remastered more than 100 games since its founding in 2012, and its reputation is only continuing to grow.

In some cases, IP owners are directly approaching them and asking if they want to work together.

“As each success comes along, particularly for games that are owned by the big companies, I no longer have to spell out ‘Nightdive’ to them. … We’re really fortunate that companies, specifically Atari for the latest version of Blood, are looking to work with us for restorations of their old titles,” said Kuperman.