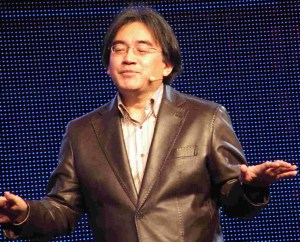 Satoru Iwata, chief executive of Nintendo, said today that the Wii game console has now sold more than 50 million units, making it the fastest selling console in history. That puts it on track to surpass Sony’s PlayStation 2, which has sold more than 140 million units since 1994.

Iwata, who delivered the keynote speech at the Game Developers Conference in San Francisco this morning, said the reason is that “software sells hardware.” Nintendo has had a string of hits from Wii Sports to Wii Fit that have helped take the console to new heights. 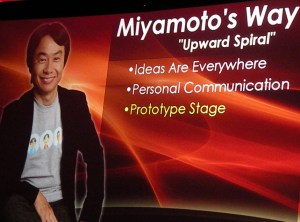 games for its console. It’s the way Nintendo makes its games, rather than the amount of money it spends, that sets it apart from other game publishers, he said. He credited Nintendo’s head of design, Shigeru Miyamoto, for creating a quality-focused game development process that emphasizes fun. While Miyamoto, the man behind most of Nintendo’s hits, can’t be cloned, his process is simple and focused. 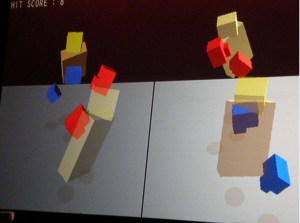 Iwata has told Miyamoto not to share any information about his personal hobbies with outsiders lest they get tips for what he’s working on.

Miyamoto explains his ideas to a small team that prototypes (right: prototype for a boxing game) the idea and focuses on the fundamental game controls and interaction that make the game fun. Then they build the game around that experience. Miyamoto apparently “kidnaps” random Nintendo employees and watches them play the game. Then he instructs the team on how to make it easier to play.

Nintendo is sensitive to the accusation that it dominates sales on its own platforms, leaving partner publishers fighting for the 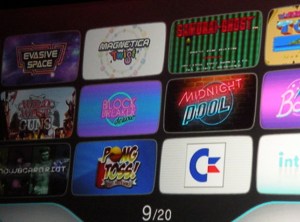 Iwata used his keynote to demo a rock climbing game you can play with the Wii controllers and the Wii balance board. He also showed off a new Wii System Menu that can be downloaded today, which allows players to see an entire menu of WiiWare downloadable games on the Wii. And the Wii will now be able to accommodate high-capacity SD memory cards (up to 32 gigabytes of storage instead of just two) and you will be able to launch games on the Wii directly from the SD cards.

Iwata also showed off the cute Nintendo U.S. games that will ship with the new Nintendo DSi handheld on April 5. They take advantage of the Wii’s two cameras and let you insert yourself into games and manipulate the results to funny effect. You can distort your face, stick it on a funny background and share it with other DSi owners. Preorders for the DSi at game-seller GameStop are running more than double what they were for the DS Lite model, which launched in 2006. Four games will be available at the DSi launch.