LOS ANGELES — During its digital event for the ongoing Electronic Entertainment Expo tradeshow Tuesday, Nintendo proved that corporations can sometimes appropriate fan culture without tainting it.

In its video presentation, the publisher made a nod to fans of the Luigi Death Stare without mentioning the Mario Kart 8 meme by name. It was a slick way of acknowledging fan culture without taking it away from them, and Nintendo confirmed that it deliberately made that choice in an effort to reward its customers. 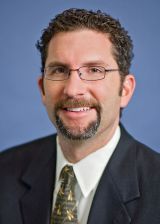 “There are different examples of when its the right time for us to take something that happens organically and make it part of corporate messaging,” Nintendo of America senior director of corporate communications Charlie Scibetta told GamesBeat.

When Nintendo was finalizing its E3 presentation, Scibetta said that everyone at Nintendo was watching the Luigi Death Stare meme unfold, and it decided that it was worth including in the video.

“It was a late addition, and we thought that we could pay homage to the fans,” he said.

The Luigi Death Stare is from Nintendo’s recently released Mario Kart 8 racer for Wii U. It has the character, who is typically a coward, staring down other players as he passes them.

The homage during Nintendo’s event took the form of a quick clip of Luigi looking into the camera in slow motion. Everyone who is “in the know” instantly recognized it, but Nintendo also didn’t dwell on it and beat it into the ground. Scibetta says that he is aware of how difficult such restraint is for a company

“With the Luigi Death Stare, people started to pick up on it and share it — and sometimes we just let that play out and enjoy watching it like any other fan would,” he said. “We like to see how the fans evolve stuff like that. Other times we may decide to give something a boost like we did with this. If you’re into that, and you see it, you immediately get it and the fact that Nintendo acknowledged it.”

Nintendo is guilty of playing out jokes. Nintendo of America president Reggie Fils-Aime’s infamous comment that his “body is ready” during the first E3 presentation of Wii Fit gained Internet fame, and the executive started dropping it in a number of conferences a few years later.

To nail the tone this time around, the publisher collaborated with the folks who make Adult Swim’s Robot Chicken show for the presentation. Scibetta says that Nintendo let the comedians handle how to make stuff funny.

“It was a collaborative effort,” Scibetta said. “They came up with ideas, and so did we, but they let us know, from a comedy standpoint, what they thought would work well.”