It’s funny. I remember when I was little kid playing Mega Man and Mario on the Nintendo Entertainment System. All I thought about was how awesome gaming would be in the future. How much better the graphics would become. How much more immersive the experience would get.

But these days, a lot of us are looking for games that bring back the simplicity and charm of the 8-bit and 16-bit classics. Just look at the catalog of publisher Midnight City, a division of Majesco that focuses on the independent games market. A lot of its titles look familiar to anyone who owned an NES.

Take Blood of the Werewolf, a gothic 2D platformer that takes more than a few cues from the Castlevania series. Or Super Rad Raygun, which is clearly inspired by the original Mega Man sidescrollers. It also has High Strangeness, a top-down action-adventure game in the same vein as the original The Legend of Zelda. 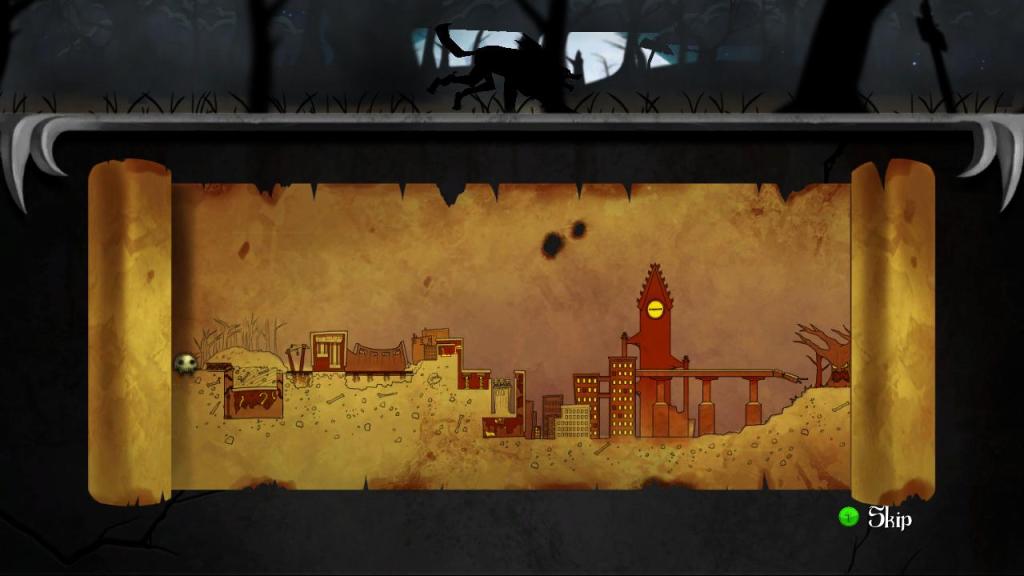 Above: This Blood of the Werewolf level map will look familiar to Castlevania fans.

Midnight City is hardly alone in this new trend. Developers everywhere, especially independent ones, are bringing retro back. What is it about these oldies that still resonates in a time when open worlds and photorealistic graphics are as common as pixels and linear levels were in the ’80s?

We decided to see if we could get some answers from Casey Lynch, Midnight City’s vice president of publishing.

GamesBeat: Midnight City is publishing a lot of games inspired by retro classics. Is that an intentional decision?

Casey Lynch: It wasn’t intentional as far as us saying, “Hey, we want to go out and find a Zelda game, or we want to go out and find a Mega Man game.” But the company is very small. We’re all gamers, and we just love games. So it was interesting. When we started looking at games, we realized that we were sort of finding our version of Mario and our version of Zelda and our version of Castlevania or Ghosts and Goblins, so to speak. But the interesting thing is that each one of the games sort of has its own modern spin on the old 8-bit stuff.

GamesBeat: Do you think it’s fair to say that a lot of the guys working at Midnight City are fans of retro gaming? 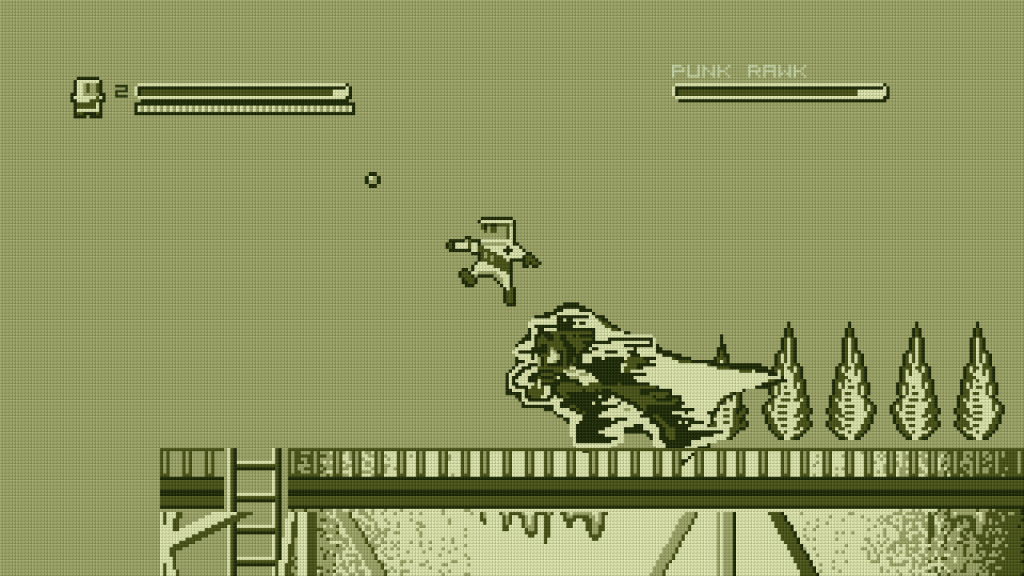 Above: Super Rad Raygun’s hero even jumps like Mega Man.

GamesBeat: What is it about those classic like Mega Man and Castlevania that, despite being almost 30 years old, resonates? Is it just nostalgia or is there something else to it?

Lynch: I think it starts with nostalgia, but people are nostalgic about those games because there’s a certain level of purity and quality to them. There are certain games from the 8-bit and 16-bit eras that people don’t remember fondly. So, I think the nostalgia speaks on the fact that the games are good and the design is pure. You know, a game like Castlevania or Mega Man, when you really boil it down to its essence, it’s twitch-based, skill-based, response-based jumping and shooting. You know, platforming. And it’s a game that rewards effort, time, and persistence.

I think developers are drawn to make those games because those are the games that they grew up playing, and they’re really fun. But I think that there’s some sort of universal vocabulary between gamers. People like Mario games. People like Castlevania. They come back to them because they are good games. There’s also a sort of spartan element to those games, especially the older ones, where they’re very minimalist. Games weren’t filled up with all these convoluted modes or multiplayer or social elements. It was very specific: Go do this. You have to go beat Dracula. 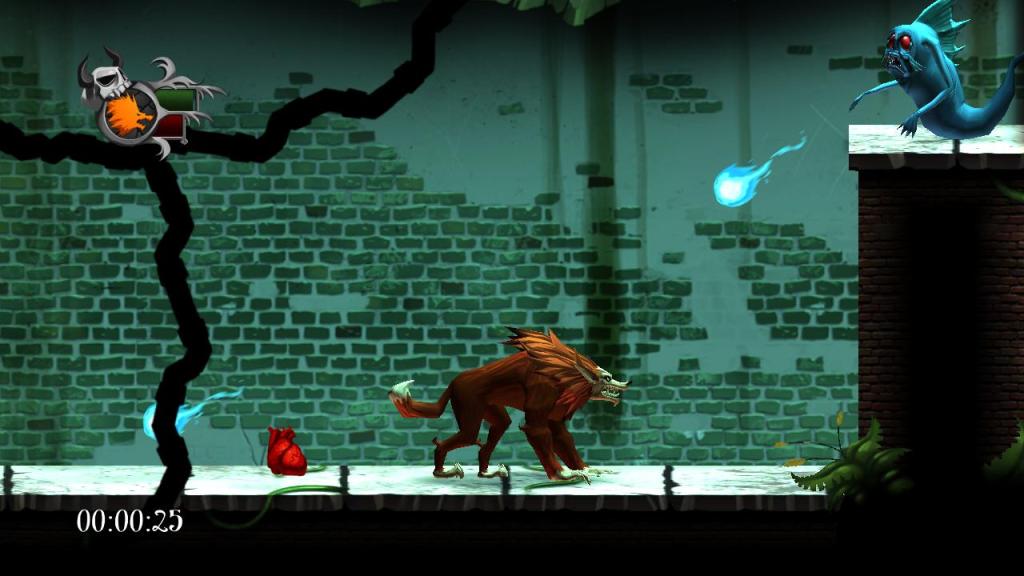 Above: Castlevania inspired Blood of the Werewolf, but it adds twists. For example, stepping into the light turns you into a werewolf.

GamesBeat: Do these kind of retro-inspired games only resonate with an older demographic that grew up with the originals? Or do younger gamers still find them attractive?

Lynch: I think younger gamers find them absolutely attractive. I mean, a good game is a good game. My kids love to play Minecraft and Terraria, but they also love to play Mega Man and Mario. You know, they like to play games that are fun, that offer a stimulating, thoughtful, and very specific gameplay experience, where the game is being clear and asks you to do very specific things. And as you do them and you succeed, there’s a sense of reward. Especially with the games that ramp up the difficulty.

GamesBeat: Is there ever a worry that your games are too close to the originals? That you would have to start competing with classics? Do you ever have to push developers away from it a little bit and try to get them to create something more original?

Lynch: Well, the games that we have that do share gameplay or an aesthetic DNA with the classics appeal to us because they are a new take on these different games. For instance, High Strangeness, which I guess we would call Midnight City’s Zelda game, it has a mechanic where you switch between an 8 and 16-bit  presentation, and you use that mechanic to overcome certain elements and to solve environmental puzzles. 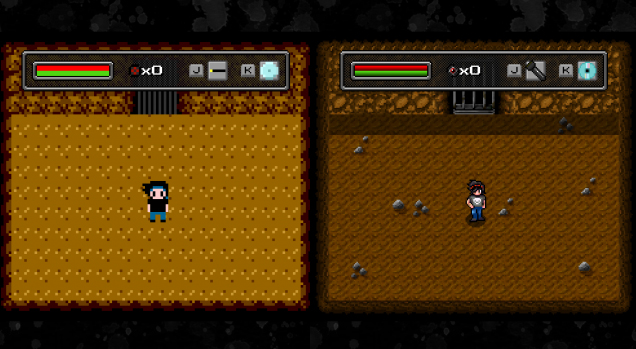 Above: High Strangeness lets you switch between 8-bit and 16-bit modes.

And it’s actually built into the game. It used the 8-bit and 16-bit perspective in a way that really hasn’t been done and compliments the overall sort of adventure, action, and exploration experience of the game. For people who grew up with that, it’s a fun thing for them to swap between them and see the differences.

There is that nostalgia, but for kids who didn’t play a lot of those games, it has a novelty and appeal of its own. They didn’t play the original Castlevania or A Link to the Past, but the games themselves are still fun.

Midnight City will release High Strangeness later this year on PC. Super Rad Raygun is in development for PC and the Xbox 360’s Live Arcade. Blood of the Werewolf is out now on Steam.