The Godlike are captivating in Pillars of Eternity. These are children of normal people who are born with a spark of the divine, manifesting in many different ways. This goes beyond mere horns or flame auras.

Pillars of Eternity’s armor system is a departure from the systems of other role-playing games.

The most mysterious are the Death Godlike. They have growths on their heads, obscuring their faces, and where most others see children born with these divine sparks as a blessing, a Death Godlike’s fate is quite different: Many are killed at birth. But in a recent conversation with game director and lead designer Josh Sawyer for Obsidian Entertainment, my biggest question about the Death Godlike in this upcoming PC role-playing game wasn’t where they fit into the world.

I wanted to know how they could see.

“That’s something that we don’t really define in the game. I think we described that maybe it’s actually translucent and it’s easier to see through from the other side,” said Sawyer in a recent Skype interview with GamesBeat. “There’s a lot of questions about godlike. How do they sleep? How do they do all these other things?”

Here’s where that look comes from. 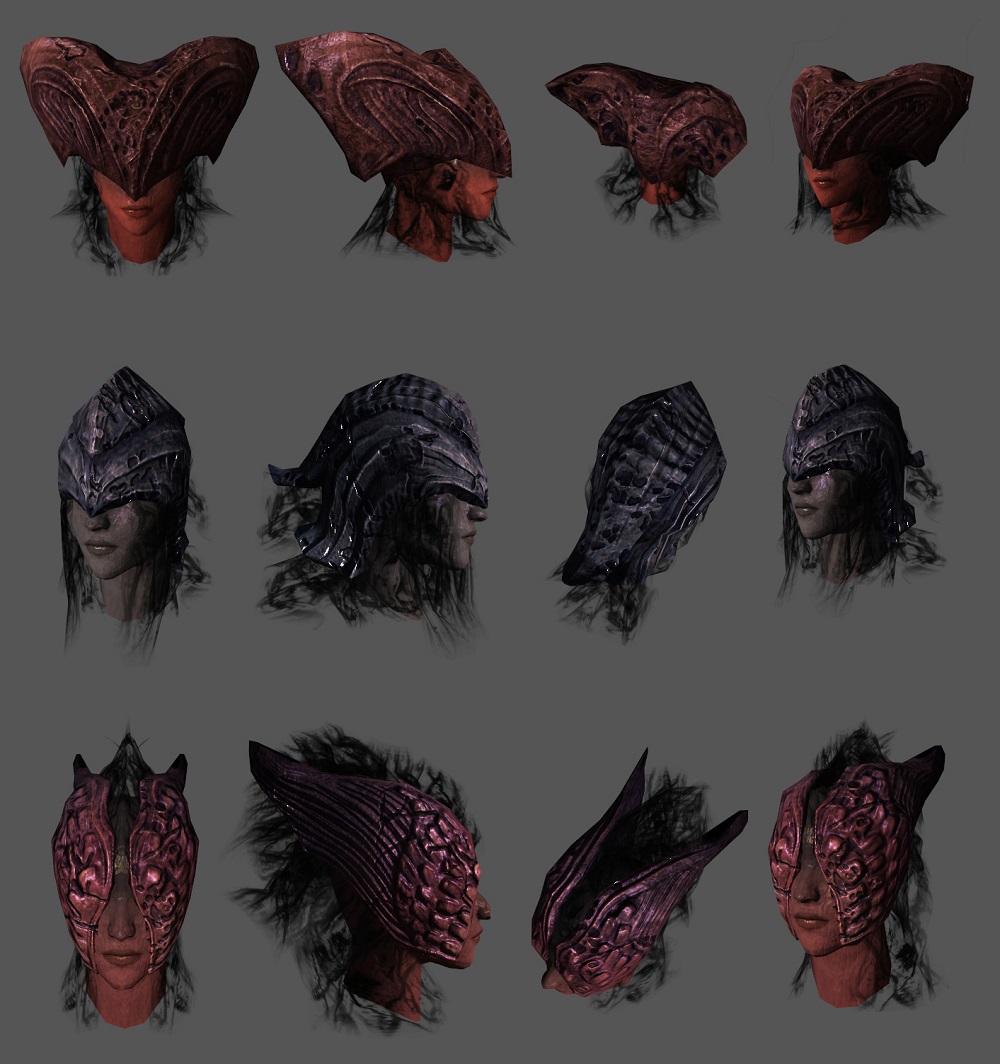 Above: One thing these Death Godlike have in common? No eyes.

Dmitri Berman is the character artist who came up with the Death Godlike. The mystery is part of the design.

“Because they are supposed to feel very strange and otherworldly, rather than try to answer all the questions about how they function, we just let Dmitri create very weird-looking things and we left those as strange mysteries of the universe,” Sawyer said. “The Godlike are supposed to be very weird and not fully understood in the world anyway.”

In most fantasy fiction, beings associated with death aren’t hale and hearty. They may be pale, diseased — you know, rather ghastly. But Pillars’ Death Godlike are just like you and me — well, other than the growths on their heads.

“It goes back to the idea that all godlike are born to ordinary people. They’re born to dwarves, elves, humans. They’re found among all races. It’s not really fully understood why they’re born that way. People assume that the gods are doing it, that the gods are blessing or cursing people. And so they look pretty much ordinary, except for their heads,” Sawyer said. “Because all godlike have very weird heads, it’s almost impossible for them to hide what they are. The rest of their bodies look more or less normal, although they often have strange skin or growths on their skin.

“Sometimes people react really negatively to that. Some people think it’s a blessing. But it makes it so that they can’t hide in a social situation.”

And it makes for one compelling look for a RPG character. I hope when Pillars releases March 26, I can make an entire party of these Death Godlike folk.