So, this is how you animate an Uncharted 4: A Thief’s End

Jeremy Yates, a lead animator at Naughty Dog, talked Monday at the Game Developer’s Conference in San Francisco about Uncharted 4’s process for creating fluid and realistic animation. Uncharted 4 came out last year for the PlayStation 4, and it’s one of the most technically impressive console games we’ve ever seen. A lot of that has to do with the animation, which blends seamlessly from gameplay to story.

But that’s not an easy thing to achieve. Uncharted 4 had 1,200 story sequences, 34,000 animations, and 14.5 hours of animation time. The task required a lot of advanced technology, planning, and communicating. 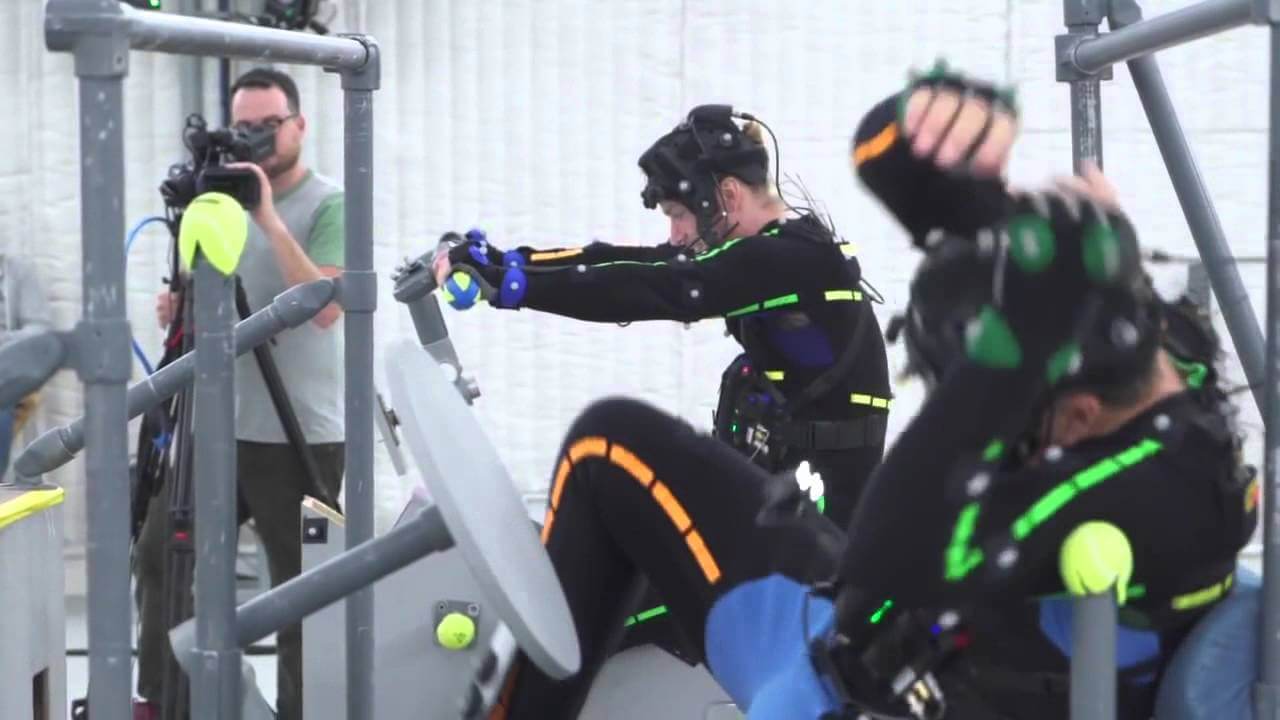 Above: Recording mocap for Uncharted 4.

All scenes start in a previsualization phase (also called previz). This is how animators block out scenes before doing any actual rendering. This could be digital previz, where animators use crude character models and environments to plan the camera angles, sets, and movements of a scene.

But Naughty Dog also does a lot of live action previz. For this, they shoot footage of real people. For example, they could have one actor standing in for Nathan Drake, shooting at other actors playing enemies. Yates also showed an example of live-action previz that he actually starred in for The Last of Us, the 2013 Naughty Dog game that took place in a world ravaged by a zombie-esque breakout. The previz video had Yates getting attacked by a Clicker (a kind of zombie), which then puked up flour into his mouth.

Note that this live-action previz isn’t motion capture (although Naughty Dog does plenty of that too). Instead, the live action footage is just used as a reference to help plan out story and gameplay sequences.

With these references, Naughty Dog can then plan a scene for shooting with motion capture. But filming in a motion capture studio is expensive. That’s why the developer has to do as much planning as possible before shooting. Before getting together the actors in the studio, Naughty Dog blocks scenes digitally. It puts in the dimensions of the studio into scenes inside the game, giving them a clear idea of how much space they’ll have to work with.

At the mocap studio, Naughty Dog uses gray-colored blocks to re-create the geometry of the in-game environments. These can help make anything from a wall to a jeep. This enables actors to interact with a physical environment that mimics the one in the game. Above: Solving puzzles is part of the routine in Uncharted 4.

This was actually one of the biggest improvements Naughty Dog made with the series in Uncharted 4. It’s the kind of change you probably don’t notice, but it has a big impact on making the game feel more natural.

In Uncharted, you often interact with your environment. A prompt to the hit the Triangle button will appear over a door you can open, a lemur you can pet, or a corpse you can inspect. In previous games, hitting that Triangle button would snap Nathan Drake in front of the object. The games had difficulty transitioning him from where the player pushed the button to where the animation (for example, opening a door) would begin.

In Uncharted 4, Naughty Dog was able to create transitions between these events. No matter what angle you were at when you pushed the Triangle, Drake would smoothly walk into place in front of that door before opening. These transitions even take into account the speed at which you approach them, coming in at either a walk, stealthy crouch, or run. 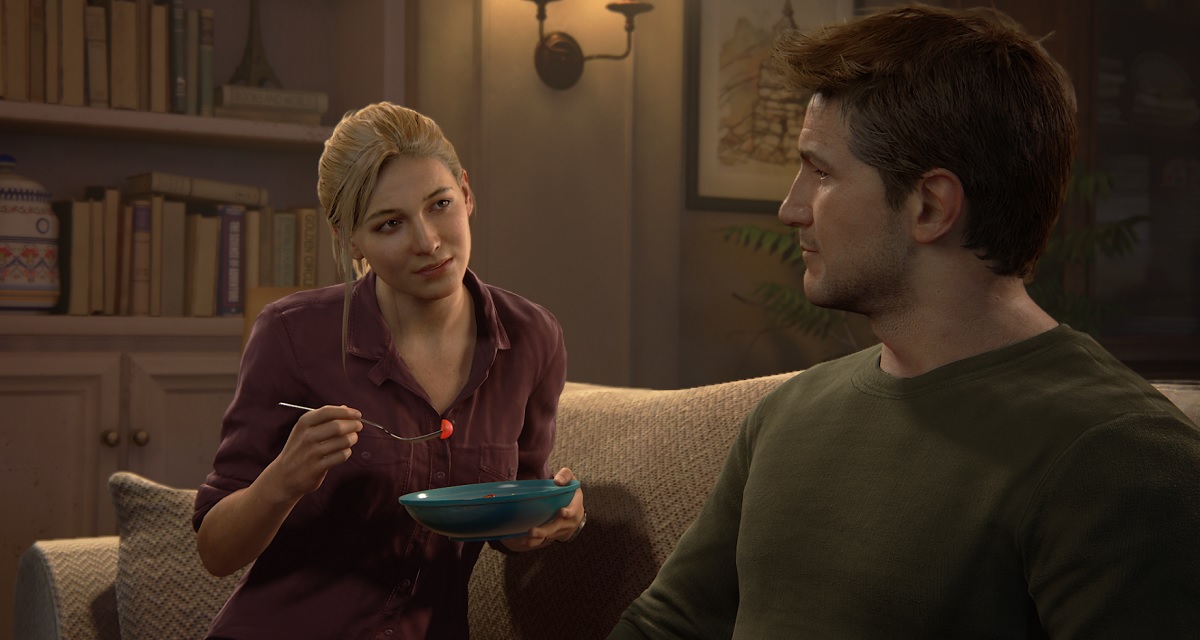 Above: Not all story sequences are about intense action.

Animating inside the game

Mocap is a difficult process, but Naughty Dog has another way to animate. And with this method, it can do it directly inside a game.

Maya is a popular animation program used for movies and games. Naughty Dog has used it since Uncharted 2: Among Thieves to record a character’s movements and then transplant them into another.

Naughty Dog usually uses Maya when nonplayer characters have to traverse areas with Drake. For example, Nate’s brother Sam might have to jump off a cliff, grab a ledge, and then run over to Nathan. Instead of animating each action individually, Naughty Dog can run through the environment with Nathan Drake, who already has built-in animations for jumping and climbing. The animator can then move that data onto the other character. 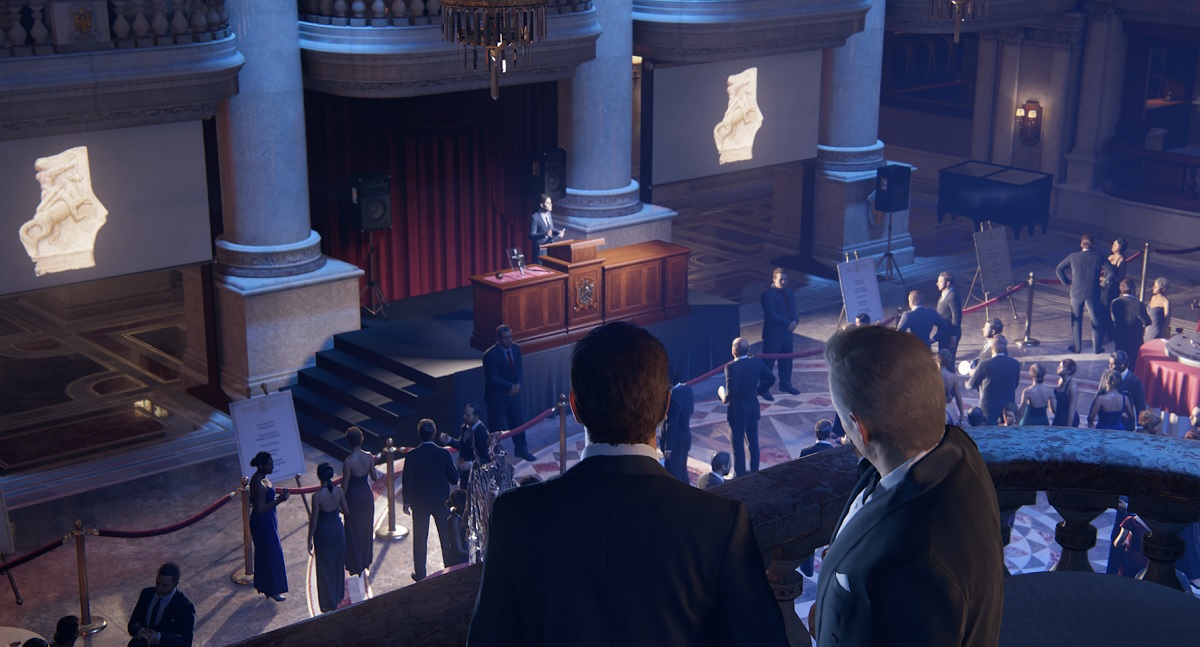 Above: It takes a big team to make a scene like this work.

The sheer amount of animating that a project as big as Uncharted 4 requires can be intense. That’s why organization is important to keep work productive. Naughty Dog uses a program called Tasker. It gives the team the ability to quickly share updates on its progress, offer critiques and praise, and collaborate through messages that look like something you’d see on a Facebook feed. Tasker also lets Naughty Dog quickly access the moments in the actual game that people are working on. This makes easy testing possible.

Along with Tasker, Naughty Dog uses a browser program called Capture Dog. This lets developers upload long playthroughs of the game, which they can then annotate with notes. Others can also watch and leave their own notes. The team can then polish animation sequences, calling attention to specific problems without requiring every person on the team to play through the game multiple times on their own.

Capture Dog and Tasker make easy collaboration possible, and they’re a large part of what make Naughty Dog games look so polished. Animating an epic adventure like Uncharted 4 takes a lot of work, but the it helps create memorable experiences cherished by fans and inspiration for other studios.