Chris Roberts has broken all the records for crowdfunding. As of this report, His Roberts Space Industries raised an unprecedented $72 million from 750,913 supporters for his upcoming Star Citizen sci-fi space combat sim and its related games. He did that by starting with an ambitious idea and then staying in constant touch with his supporters.

It’s hard to imagine anybody in any industry raising $72 million for a cause, but that tells you how starved players are for something different. And with the cool 3D graphics and intricate universe of Star Citizen, Roberts hopes to tap into the nostalgia that people have for his old space dogfighting games like Wing Commander.

It hasn’t been easy, as fans generated more than 4 million forum posts, and Roberts’ team had to set up infrastructure for real-time communication with everybody. Roberts Space Industries stoked the fan interest by streaming videos of development decisions and holding contests that allowed the winner to submit content that the studio would use in the game. In fact, the team delivered 1,757 development updates over the past couple of years as of last week. All of the funding has enabled Roberts to vastly accelerate his ambitious plan to create a whole universe of Star Citizen games, including a first-person shooter.

The results speak for themselves. Now all Roberts has to do is deliver his games. He expects to start doing that this year. We caught up with Roberts after his talk at the DICE Summit, the elite game industry event in Las Vegas last week. Here’s an edited transcript of our interview. 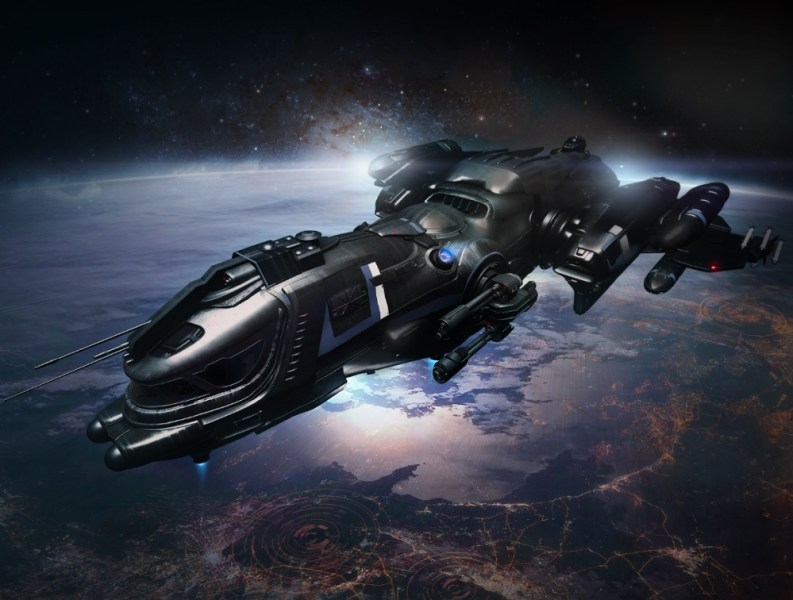 GamesBeat: You keep these running stats on the Roberts Space Industries site. Are you always collecting that and keeping it updated?

Chris Roberts: Yeah. Whenever people are playing, they’re connecting to the servers, so we can track all the match results. It’s quite interesting. Also, on the forums people give us feedback, and we ask questions and engage them. Our QA department spends a lot of time with the backers. We’re always trying to figure out balance and tuning.

That’s the advantage of what we’re doing. We’re able to continually work on fine-tuning that long before—a lot of times you wouldn’t have that opportunity. You’d try to balance everything right at the end as you were going toward alpha and beta. It’s interesting to get the statistics as well as the feedback. Sometimes you’ll have some people who are very loud in their opinions. Then you look at the statistics and they say something different from what a few loud people say.

Roberts: It’s a lot, right? We have a super-active, engaged community. If you’re not part of it and following it all the time, you might have no idea. It all seems a bit weird that there’s that many people who are all giving money and all seem pretty excited and happy with it. If you’re in it all, you see—We’re constantly updating, talking about what we’re doing, showing stuff. People feel like they can say something and things change.

We have a two-week patch cycle. We update the current build every two weeks. That incorporates balance changes, and then occasionally dropping in new features.

GamesBeat: The 846 days, is that since the campaign started?

Roberts: Thirty days before the campaign. 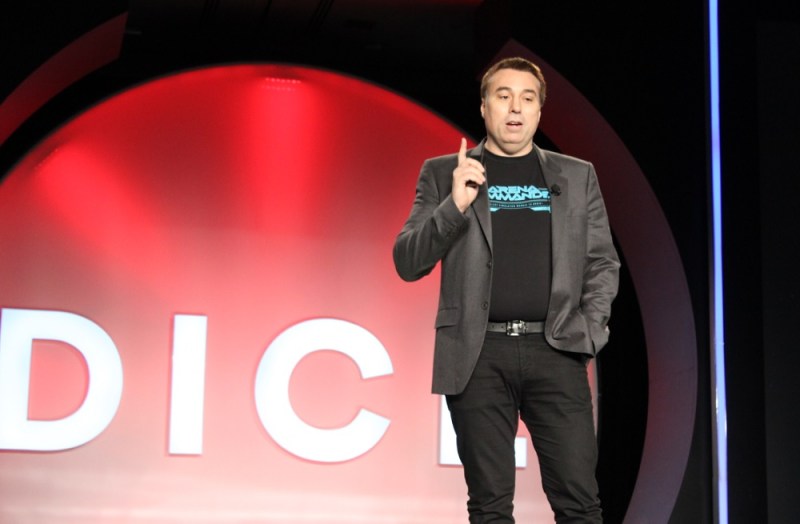 GamesBeat: How soon did you blow up the Star Citizen’s scope to be as big as it is today? At some point, did you get enough money to say, “We could do a second game”?

Roberts: Basically it was last year. What happened was, when we went to Gamescom in 2013, I think we hit $16 million raised. You could see it accelerating. That’s when I stopped and saw my brother in the U.K., who was still at Traveller’s Tales at the time. I didn’t have him involved at the very beginning because I had no idea whether this thing was going to raise a cent. At that point, though, I said, “We have enough money that I can commit to you.” That was when we started to ramp up.

After Gamescom and onward, we did Citizen Con in November. By the end of the year we were at something like $35 million. At that point we said, “All right, we can see a trajectory.” Then we started to scope and scale up. 2014 was building up the infrastructure. It takes time. We have a fair number of people now, but you can’t just say, “I need 300 people who are instantly effective. Let’s go.”

GamesBeat: How many levels of surprise did you go through? One would be the realization that many people missed Wing Commander and space sims. Everyone thought it was a dead genre.

Roberts: I was shocked. I was hoping that it would do well, but my definition of doing well was raising four or five million. That’s the lesson, which I mentioned before. The thing that we do very differently from most other crowdfunded projects is that we didn’t stop. It wasn’t like, “Here’s the end of the campaign” and we went off and gave people an update once in a while. We decided to keep the momentum and the energy of the initial campaign going all the time. We’re constantly sharing information and updates, involving the community, and sharing code and builds with them. They can give feedback on smaller parts of functionality.

When we reach a new milestone, when we hit so many million, you’ll see posts on the forums where the backers say things like, “We got $70 million!” They feel a sense of pride and ownership.

GamesBeat: Is the point of continuing to do it, “We make a promise to you that this is open-ended. If you give us more money, we’ll make good use of it”?

Roberts: We’re trying to build something that most people would say that you couldn’t build, that you couldn’t afford to build. No publisher would fund something like this. If you went and talked to a bunch of the backers, a lot of them—this isn’t something they’ll play for a week. This is something they want to spend years in. They just want to have this universe crafted and built to as high a level of quality as possible.

A lot of our backers say, “This is my hobby.” There are plenty of other hobbies where you can spend thousands of dollars every year, if not more. “This is my hobby. I believe in what’s happening here. I enjoy the process. I make a good salary. I’ll contribute to this thing because I want to make sure I can play it for years.”

That’s not everyone. The majority of our players have just bought in for basic ships, spending $30 or $40. But you definitely have a group of backers who feel like they’re part of it. They want to make this happen. They want this to be done as well as possible. Some people think, “Oh, they’re just lining their pockets now,” but I’ve been quite clear that the money people are pledging before we release the game is setting the scale and the ambition of the minimum feature set. They’re setting the budget for what the game is going to be.

GamesBeat: “Unparalleled ambition” is an interesting phrase. It reminds me of a $60 console game versus free-to-play, where you could receive, say, $30,000 from one of your players who wants to be the person who spends the most in your game. That’s open-ended as well.

Roberts: It depends on the kind of game. It depends on what you get out of something. Someone could play Star Citizen for four hours and say, “I’m over that.” For them it’s probably worth $5 or $10. But someone could play it nonstop for four years, five hours a week. For them, compare it to other hobbies, going to the movies, whatever. It’s a pretty good deal, even if they were contributing $1,000.

For us it’s not a conscious thing. We just had this model that started from the crowdfunding and we continue it. We periodically go back to the community and say, “Do you want us to continue doing stretch goals? Do you want us to do this or that?” They pretty much uniformly say, “Yeah. We want this to be the best thing ever.” They all feel an ownership in it. They feel like this is something they’re making happen.

I think a lot of people don’t have the opportunity to do that at this kind of level. You could help a smaller game get made, but we’re literally building a first-person game at the level of a triple-A console title and a space sim at the same level. We have the single-player, which is going to be as involved and big as any Wing Commander. There are all these elements in this huge universe. It’s an ambition that not a lot of other projects have. People respond to that ambition.