Fans can keep a game relevant as long as they want.

Daniel Lee, the editor in chief of Melee It On Me, spoke at the Game Developers Conference in San Francisco today about the grassroots community dedicated to the Super Smash Bros. fighting game series. Once going by the tag Takofints, Lee was formerly a competitive player in Melee. Now he runs Melee It On Me, an online community and podcast dedicated to the series. Super Smash Bros. Melee originally came out in 2001, and it still has an active tournament scene. It sold over 7.09 million copies. Although two new Smash games have come out since, many players stayed with Melee. They prefer it for its faster, combo-based combat. It’s tournament scene is just about as big as the one for the newest Smash Bros. game, the Wii U version. Most fighting games, like Street Fighter or Tekken, quickly become overshadowed by their sequels.

This is all with virtually support from Nintendo. While companies like Blizzard and League of Legends developer Riot Games happily support their games with their own tournaments (and large prize pools), Nintendo has had little involvement with Smash Bros.’ competitive scene.

While tournaments for giant games like League of Legends and Counter-Strike can take place in huge arenas, Melee competitions used to take place in more modest settings, like schools. Those tournaments also didn’t have much leadership. Lee recalled a 2012 tournament that included an actual fight between players, but no one had the power to punish them. 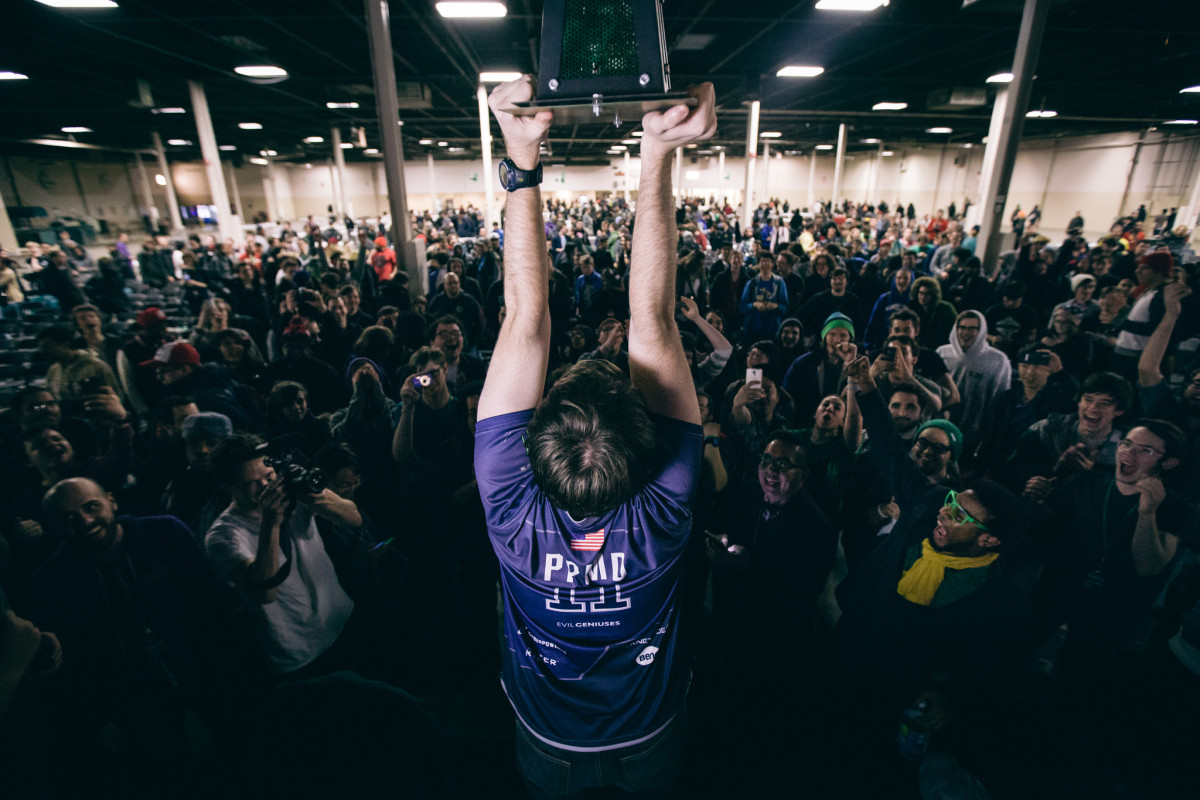 Fans came together to improve the community. Twitch and the rise of livestreaming in 2011 has helped to grow Smash Bros.’ fan base. The Evo 2013 fighting game tournament had a donation drive, with the game that raised the most money earning a spot in the event. Melee It On Me started doing streams to bring the community together and donate in the name of Melee. They ended up raising just short of $95,000 and earned the tournament spot.

However, Nintendo shortly came out and said that Evo couldn’t stream the Melee tournament. Outrage quickly spread, but Melee It On Me used a civil tone when explaining its disappointment with the Japanese company’s decision. Nintendo soon reversed its position.

The drama of the situation did give Melee extra exposure.

As it grew, the Melee tournament had to mature. As is usual with a lot of younger gaming communities, they would often use gay slurs as insults, with even commentators using the offensive terms. Eventually, the community was able to phase the hurtful words out. They’ve also looked into bringing more women into the scene, trying to end harassment at events. However, Lee noted that he himself received harassment from a small portion of players for promoting more openness, indicating that there is still turmoil in the community.

Still, the work has been paying off. Lee said that the biggest Melee tournaments today can attract around 200,000 viewers on Twitch, which he said was on par with Street Fighter IV, a fighter that gets much more support from its developer, Capcom.

Lee noted that Smash Bros.’s appeal mostly exists in North America, so Melee It On Me is trying to encourage fans in Asian and European countries to grow their communities. It’s also hoping to improve its relationship with Nintendo.