SHANGHAI — Tencent has become the largest gaming company on Earth, thanks to its investments in game platforms that sit atop Tencent’s Internet businesses in China — including mobile networks, social networks, and PC communications platforms.

It has also begun expanding on the global stage with investments in Activision Blizzard, Epic Games, Riot Games, and other big Western gamemakers.

Bo Wang, the vice president of Tencent Games, is in charge of mobile games, international business development, game licensing, investments, and mergers and acquisitions. He spoke with us about the intention behind this corporate strategy at the ChinaJoy Expo, the huge gaming event in Shanghai last week. Wang talked about creating a global game strategy, taking games from West to East and vice versa, and prospects for gaming’s growth in China. 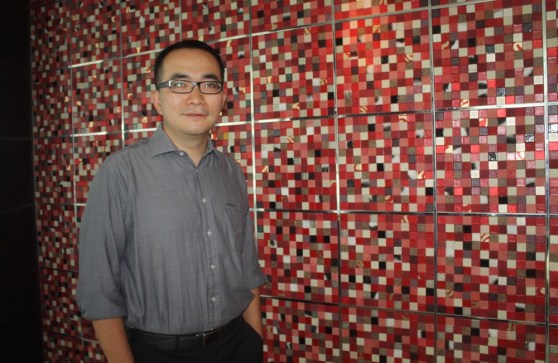 Above: Bo Wang, the vice president of Tencent Games

GamesBeat: Why does Tencent care about games if you’re such a large Internet company with such significant businesses outside of games?

Bo Wang: It’s in the DNA of this company to always explore new potential business opportunities. If you look at Google in search or Amazon in e-commerce, the business model is very proven already. Similarly, in China we have Baidu and Alibaba. They have very good positioning.

We started with QQ Messenger. 10 years ago, nobody knew how to monetize messaging. We had huge traffic, a huge user base, so we extended our coverage from messaging to a portal and social networks. But there was still no strong monetization vehicle. In the U.S. you can find advertising or enterprise revenue. In China, the enterprise market doesn’t exist, and the advertising market is much smaller. On the other hand, people’s entertainment needs aren’t as well-satisfied compared to the options you have in the U.S. – TV, movies, all kinds of options. China is highly regulated. People have limited disposable income. It turned out that online entertainment and gaming would be a very good business – not just in terms of money, but as a perfect match for people’s needs.

That’s what we finally found out, that gaming could be a monetization vehicle for our internet platform’s traffic. We got into gaming late. We only got into the games business in 2003, and the initial four or five years were very tough. It was only after 2008 that we started to catch up.

GamesBeat: A couple of facts were very interesting to me. Newzoo reported that Tencent had bigger game revenues than Activision. That was a surprise. SuperData also reported that SmileGate’s CrossFire was the No. 1 online game in revenues last year. It was bigger than League of Legends. We just don’t have as much awareness of the global gaming picture. Tencent’s presence on the global stage is much bigger than many of us know in the U.S.

Wang: Sometimes you have a latecomer’s advantage. You don’t need to deal with legacy costs. The western market is still a console market. The console market doesn’t exist in Korea and China. 10 years ago, PCs weren’t even affordable for many Chinese families. That meant we started from scratch. We needed to find out the most effective way to do business.

Free-to-play online games were much more promising compared to packaged games. The user needs to pay $50 up front. From a developer’s perspective, you lose your connection with the user once the purchase is completed. You don’t know what other needs you could address. So free-to-play can help you build engagement with your user over their lifetime. Monetization-wise, rather than that one-time transaction, you can earn money over one year or two years. For a big RPG game, it could be as long as 10 years. That’s much better as far as the overall lifetime value of the game.

Tencent, like I say, got in the games business like, but fortunately we’re in a market where we don’t have legacy costs. We have the luxury to define the industry, to define the gamer’s behavior here. That gives us a lot of opportunity to try different things – first PC browser games, and now mobile games.

Mobile is becoming more and more global. It’s starting to converge. At first it was more disconnected. The western market, Japan, Korea, China, people were all on different platforms playing different games. But ultimately, this is the fun business. A good game, one that’s fun to play, Americans will love it and Chinese will love it. We think Tencent is in a good position to leverage our experience making free-to-play games with the creative teams at western partners to make good games that address global needs.

GamesBeat: How long have you been at Tencent? Has mobile been your focus the whole time?

Wang: I joined the company in 2006, so eight years. I started with international business. I spent time in India and elsewhere. I joined the gaming team in 2008, more on the PC side initially. We were responsible for game operations, browser games, and mobile games.

GamesBeat: How large has that grown now?

GamesBeat: Has that always been considered a priority, mobile games?

Wang: Tencent was probably the first of the large gaming companies to shift their focus to mobile. Not only on the operations side, but also on the development side. Fundamentally, we’re an internet company. That’s what sets us apart from companies that focus more on PC clients. We were already quite ahead of the others, because we saw our users shifting from PC to mobile as far as messaging and news browsing. We also have long partnerships in Korea and America. Particularly in Korea, we picked up a lot of insight.

We realized about one and a half years ago that mobile wasn’t just a supplementary business. We made the decision to shift our whole business and reorganize to make sure we could become as nimble as possible and capture the mobile game market. So far, we’re doing well.

Every time, when there’s some revolutionary change, it reshuffles the whole industry. We saw that with the coming of console games and PC games. At every stage, the leading companies get shaken up. This time, with mobile gaming, we’re seeing the same thing. Gung Ho came from nowhere. Supercell came from nowhere. Fortunately, in China, we’re maintaining a leadership position from PC to mobile. 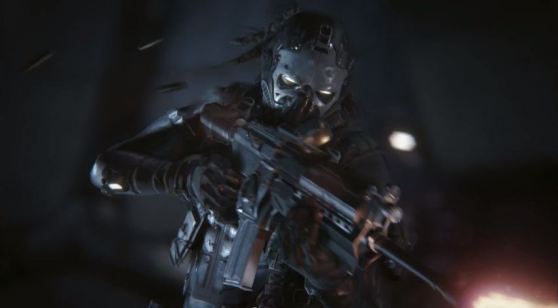 GamesBeat: The theme at our next GamesBeat 2014 conference is “Total World Domination.” It’s about global gaming as a strategy. I haven’t seen too many other companies do a global gaming strategy. Maybe Softbank is one of the few, with their investments in Supercell and Gung Ho and Visionnaire Ventures in the U.S. Do you see yourselves as having a different strategy from what they appear to be doing?

Wang: I’d say that we focus more on synergy, in terms of how we can help the partner company grow together with Tencent. We don’t normally want to say, “Here’s a big pile of cash, we’re buying you.” We want to find a team with talent, with a passion for games, and with a very high standard for gaming experiences. We know what we’re good at. We have financial resources. We’re in a fast-growing market. We have a successful channel to the Asian audience. We have free-to-play experience.

We’re looking for creative teams that love games. They may not be very good at commercialization or building a user community around their games. Those are areas where Tencent can add value. Like with Riot, we knew them from back in 2008, when they were very small. We were impressed with their ideas. Their initial game demo was very rough, but we saw the spark there. We helped them redesign their game as far as graphics and balance. That kind of model is what we prefer. We want to create value together.

GamesBeat: Do you think that taking games from the West to East or East to West works well? Does that have potential?

Wang: Definitely. As I said, like with the movies, if it’s a good movie, Chinese and western people will love to watch it. But you do need to do some localization. We’re working with Activision on Call of Duty, trying to make an online version. It’s not as simple as just porting the console version to the PC and making it free-to-play.

East to West, West to East, in the long run it’s going to happen. But you have to find the right partner with the right expertise to make it fit.

GamesBeat: You’re going to compete against yourself there – Call of Duty versus CrossFire.

Wang: Exactly. Normally, when we do a game, before it launches into the market we do a closed beta test for about a year. We test the game to see how players will perceive it. It turns out that CrossFire users are very different from Call of Duty users. Let me put it this way. Call of Duty is more for hardcore gamers. They’re very proud of their shooter skills. They’re pros. They don’t want to dilute their experience with newer gamers. But that group of pros is limited in number. The mass market is always dominated by newer gamers – younger players, first-time players. CrossFire is more for that market. Think about it like cars. We have a Toyota. Now we need a Tesla to sell to different people.