The first thing I noticed when I played Mafia III was the music. As Lincoln Clay, the anti-hero who takes down the mob of New Bordeaux, I was driving a car. Barry McGuire’s anti-war song “Eve of Destruction” was playing on the car radio. More than anything, that music took me back to 1968, one of the most troubled years in American history.

But oddly enough, it wasn’t until I had troubles playing the game that I noticed one of its hidden gems, the original soundtrack created by musicians Jesse Harlin and Jim Bonney. Mafia III, published in October by Take-Two Interactive’s 2K label and made by Hangar 13, is one of the major console and PC releases of 2016, with 4.5 million copies shipped to retailers. I loved the story about the merciless crusade of Clay, a biracial Vietnam vet, against the Italian mob during an era of overt racism. But the game was buggy, and critics, including me, panned it for its technical and gameplay flaws.

Whenever the game crashed, I had to endure long loading screens. But that was when the original music came on. And I grew to like it. So I looked into it more. Bonney is a BAFTA-award-winning composer and audio director, and his concert works have been performed in over 25 countries. He created music and sound for games like BioShock Infinite and Mortal Kombat.

Harlin is one of the most prominent composers for video games, having created the music for Star Wars: The Old Republic, Star Wars: The Force Unleashed, and numerous other titles. Hangar 13 audio director Matt Bauer enlisted them to create the music for New Bordeaux, a re-imagined version of New Orleans. Together, they created haunting tracks with steel guitars, the raw passions of the blues, and the sounds of the Bayou.

I caught up with them for an extended interview recently. Here’s an edited transcript of our conversation.

GamesBeat: I played Mafia III all the way through. Can you tell me about your contribution to it?

Jim Bonney: I came on once they’d established the direction they wanted to take. My job was to help them fill out all the music they needed. I did the combat music and some ambient. Basically stuff that’s played in-game.

GamesBeat: About what time did you do your work?

Bonney: I started in about September 2015, about a year ago.

GamesBeat: So the game was far along at that point?

Bonney: Yeah, exactly. Jesse had established the direction they wanted to go, musically. Then it was just a question of how to execute on this style. They wanted me to focus on trying to write tunes, stuff that had good hooks. It wasn’t just typical combat underscore. It was supposed to be catchy, something that would grab your ear.

Jesse Harlin: I had worked in the past with Hangar 13’s audio director, Matt Bauer, on a couple of projects. When they started working on music for Mafia III, Matt asked if I’d be interested in talking about it. That was two and a half years ago now. Maybe closer to three. It was a very organic thing. He told me a bit about the game and I started to brainstorm with him. It rolled along from there. 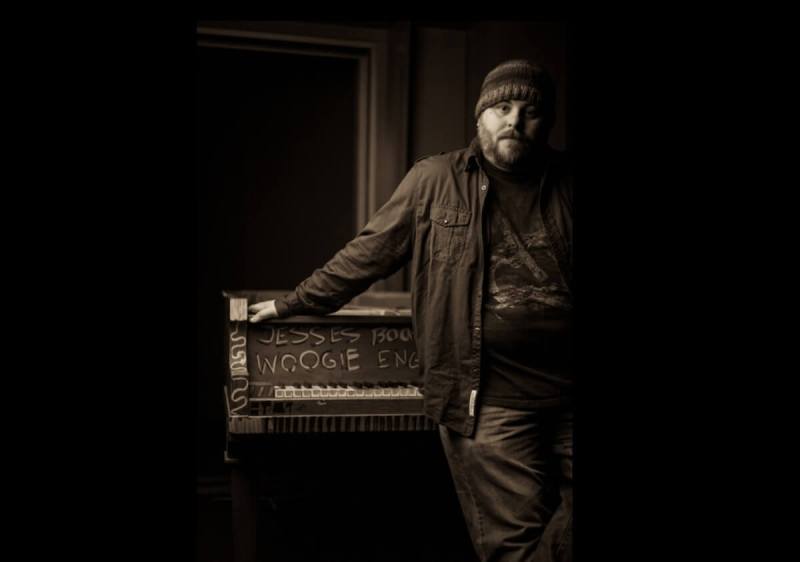 Above: Jesse Harlin is one of the composers of the music for Mafia III.

GamesBeat: Can you talk about the theme song, the original? What’s the instrumentation there?

Harlin: Yeah, “New Bordeaux”? It’s acoustic guitar and cello, the two primary instruments. Then about halfway through the track you get to a full blues band coming in. I had done some demos for them, and they liked what they’d heard.

It took us a little while to originally figure out what direction to go. When we started out, after reading through the scripts and learning what the game was about, I thought there were about four different directions to take the game’s score. You could do a traditional orchestral score, which is what Mafia and Mafia II had. You could do a rock score, in keeping with what was going on in rock in 1968. You could do a funk score, which—it’s funny. My demos there sound a lot like what eventually ended up going to Marvel’s Luke Cage series. And then the fourth option was blues.

Blues is the one that seemed to resonate the most with everybody. It was the most interesting, the most unique, and the most challenging, but also the riskiest. We were going to keep doing an orchestral score as a plan B, in case the blues score didn’t work out, but the next step—we wanted to go away and take this idea of doing the blues, but do a cinematic version of the blues. We needed to figure out how that would work.

They had a particular development milestone come up where they wanted about 10 minutes of music written for the game to accompany a vertical slice, a big chunk of the game. “This is what the finished version of the game can look like. This is the bar we’re shooting for.” The main theme is one of the pieces that I wrote for that 10 minutes of music.

I like to work early, when I’m working on a game, on a main theme. It helps set the course for everything else, set the tone and be a source of thematic material for the rest of the game. I worked on a couple of different versions. The first thing I did was actually just body percussion and vocals. Haden Blackman, the game’s creative director, didn’t like the idea of going with a track with vocals, so I went back to the drawing board and did this track with the acoustic guitar.

In one of my early demos, Matt had really liked a cello that I’d put in one of the cues. We talked about it and went back and forth about how cello isn’t traditionally a blues instrument, but it resonated with him. He got excited about it every time he heard that cue. So did we think we could make blues cello work?

When you’re talking about music from the 1960s, there’s so much experimentation going on. So many people were in the studio throwing all kinds of different combinations of instruments together, all over. There was this great sense of experimentation. I said, “Yeah, sure, I can make it happen.” I did that track and handed it over to them. Haden adored it. He put it on the front loading screen for the game, and it just never moved. It was there for the next two years. He kept insisting that that would be the theme. Nobody could touch it. He loved it. Something like this, too, you could stitch it on to any other cue I wrote in the game and it’ll all flow together really well. 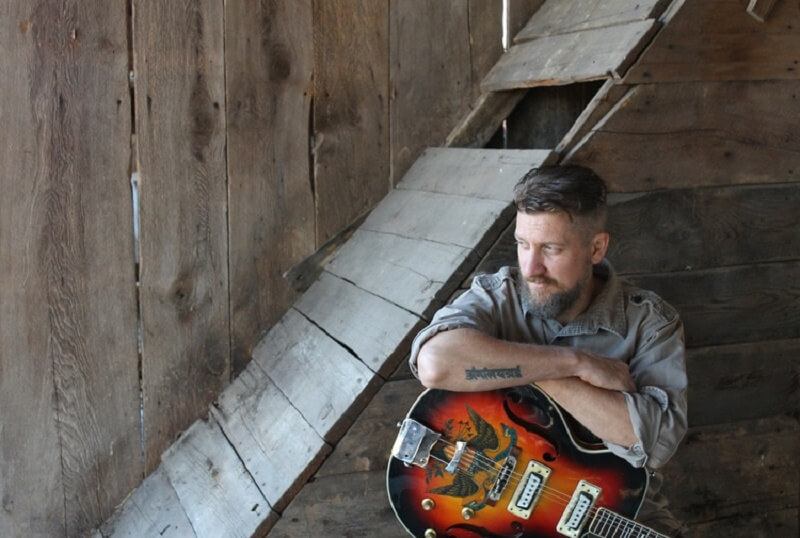 Above: Jim Bonney is one of the composers of the music for Mafia III.

GamesBeat: It has a kind of ominous feel to it.

Harlin: For sure. The first cut scene they gave me to score is one that never actually ended up in the game. It was a scene where Lincoln takes a guy down into the ruined basement of Sammy’s bar, where he’s hiding out. He ties the guy up and threatens to unleash on him all the psychological warfare techniques he learned in Vietnam. The mere threat of all that, mixed with this array of nasty-looking implements spread out on the table, is enough to break the guy and he gives Lincoln the information he’s looking for.

That was the first scene I saw, what set the tone for what the story was going to be like and how the cutscenes were going to play. There was no question that this was going to be a dark game, and the music needed to reflect that.