In many ways, mobile games have led the way for innovation in advertising. Gamers are quite conscious of advertising, how it can actually benefit them, and what they find intrusive. Developers have long been aware of this and have taken advantage of their ability to monetize with in-app purchases (IAP) and advertising that resonates with users while keeping “on brand” with the game. So, what are some strategies advertisers should employ in order to maximize their ad spend?

The recent flurry of acquisitions of game publishers means that gaining a foothold in the hypercasual space is becoming increasingly difficult. The increase in hypercasual gameplay means users are accepting of ads but only those where placement is warranted and the content relevant. Mobile gamers are now looking for a higher degree of storytelling and rich, interactive visual content rather than the traditional ad formats of yesteryear. In response to this, indie studios are becoming more savvy in their ad-based monetization methods

Add value with the right ads

Ads needn’t be a one-way street and more often than not the most successful ad formats have a deep understanding of user behavior and user engagement. How well your ad performs will often depend on how relevant your ad is to the users’ in-app experience. Optimizing your ad placements will go a long way to ensuring the user is both engaged in the app and, at the very least, acknowledging the ad content. Gaming apps for instance benefit greatly from offering users rewards and incentives in exchange to watch video ads. It is important to understand where these rewarded video ads are placed. From a monetization point of view, giving users the capability to extend their gameplay in turn inevitably leads to longer session length and a higher LTV. These ads can be placed strategically at the end of a level, spawning after a loss or at specific points in the game where users have dropped off due to difficulty.

Testing: Prelaunch and what to look for with A/B testing

Prior to launching your ads, it’s important to test them across a variety of scenarios. Strong creative content only goes so far if it fails to take into account device-level issues such as notifications and loading speed. All of these could result in mistaken clicks which in turn will considerably lower your apparent conversion rate.

Once these potential issues are sorted out and your ads are live, it’s also important to A/B test and get granular with your testing strategy. Specifically, look at how each creative performs across each region you’ll be running in. Be sure not to test too many variables at once in the same campaign, as this will make it difficult for you to understand what is resonating with your audience and could slow down the process. 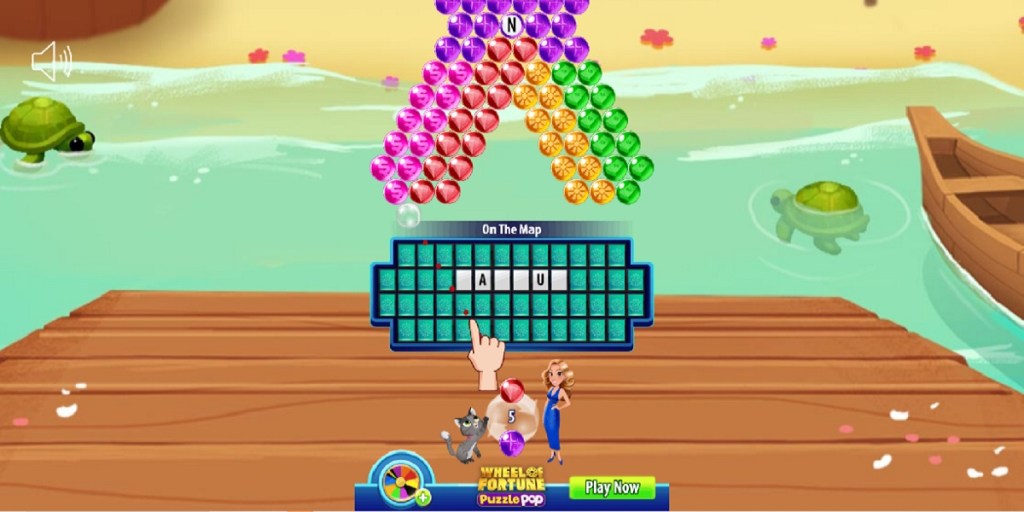 Above: An example of a playable ad.

Playable ads are not a new concept, but there is still a lot of potential within how they operate and their iteration process. Simply put, a playable ad is a scaled-down version of your game and gives users the capability to interact with some of the core concepts and selling points.

Nowadays, campaign optimization is predicated on your ability to use highly granular ad creative data. Until recently, testing this data could be both time consuming and cost-prohibitive. From this a technology called Dynamic creative optimization (DCO) was born. DCO gives advertisers a degree of automation by allowing them to customize their playable ads from the A/B test data. Furthermore, DCO is a real-time technology, something only previously seen in the more traditional, intrusive ad formats.

DCO also opens the door for more complex creative elements that are seen within midcore and hardcore games. Unlike hypercasual games, these core games rely on their ability to showcase it’s robust gameplay in hopes of resonating with potential users. Advertisers can now focus on extremely targeted elements such as battle selection, costumes, and so on. All of these elements play a crucial role when you are looking to scale your game to different regions such as East Asia where localization goes beyond just language translation.

From the start of the campaign, you will have your goal and ROI in mind. However, it is important to note that how you approach the creatives will have a direct impact on your results. If your ad takes some artistic license and differs significantly from its original gameplay, you’ll likely see a higher conversion rate but lower Day 3 and Day 7 retention. Conversely, ads that are true to the gameplay typically receive a higher retention but lower conversion.

For the user’s point of view, ads need to be introduced directly into the gameplay without hurting their experience. A critical mistake often made is showing too many ads to the user or ads that are not relevant enough. As a result, your CPM can often be directly affected.

Keeping players engaged will drive down churn and increase retention past the coveted 30-day mark. Your capability to combine data-driven insights with rich media will determine how well this can be achieved.