A different breed of broadcasters

Regardless of what they are playing, console broadcasters have established themselves as a different breed to their PC counterparts. By and large, those that livestream on console have tended to take a more casual approach to the process.

“Since we’ve gone to [over a million monthly broadcasters], we’re seeing the usage of the newest chunk of broadcasters … using Twitch in a much more casual social fashion, in the sense that ‘I’ll just get on my Xbox One, I’ll stream some Titanfall and my friends will come watch,’” DiPietro said. “They use Twitch more in the same way that you would use Facebook or Twitter or Redditt. Previously there was a much bigger concentration of very large, sophisticated broadcasters. The PC gaming crowd is much more media-minded in terms of being professional content creators.”

As console gamers have become more comfortable with Twitch, broadcasting has become an automatic part of their everyday gaming. The result, according to Twitch, is a friendlier and more intimate dynamic between players and audience.

“Now we are getting into a place where the broadcasting ability is so widely available that is becoming more just a standard piece of everybody’s gameplay experience,” DiPietro said. “There are a lot of people that are broadcasting every time they fire up a game. And if my buddy gets a little [message] that says I just went live he’s going to get on his PS4 or watch on his laptop and chat with me while I’m playing. It gets us more deeply into the lives of more gamers.”

Above: Unique multiplayer events like Twitch Plays Pokemon proved a surprise phenomenon for the livestreaming service.

The same opportunities that PC players have long enjoyed are open to console broadcasters as well. Twitch’s partner program, a shared advertisement-based payment system between the company and its broadcasters, has now reached over 6,000 members thanks to the influx of console players.

“No matter where something is broadcast from, it all ends up on Twitch,” DiPietro said. “What’s important is the community you are gathering on your channel.”

The future of Twitch

With this success on Sony’s and Microsoft’s new machines, a question has loomed large in the background for Twitch. While Nintendo has begun broadcasting with its own Twitch channel, the Wii U is the only home console that doesn’t feature any direct livestreaming functionality this generation. While the official word remains a strict “No Comment,” that’s not to say Twitch isn’t fantasizing about the possibilities. 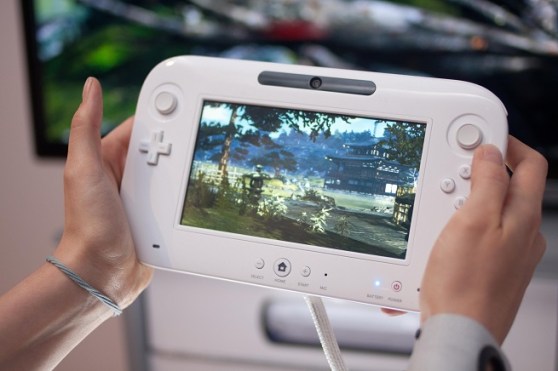 Above: “… We aren’t going to be happen until we are on every platform.”

“What I can say is that we truly want to be everywhere people play games,” DiPietro said. “And we aren’t going to be happy until we are on every platform. We want to enable all gamers to broadcast their games wherever they are playing.”

But Twitch isn’t sitting still on the existing console front. The future, at least what Twitch admits to, is one of constant iteration and innovation.

“The Twitch footprint on both of the next-gen consoles is a first effort,” DiPietro said. “They have been fantastically successful, but it is a very long product road map that we will be iterating on extensively. You can imagine a lot of different social levels built on top so you can imagine…pinging the rest of your Xbox Live network when you are broadcasting. There’s lots of different ways we can bring those applications into the future.”

Those worried that the new console audience will supersede the PC crowd, or that the Old Guard will monopolize Twitch’s time down the road, can rest easy. While the future remains unknown, the expectation is eventual platform equilibrium.

Above: Popular tournaments, like those for League of Legends, will continue to bring in big PC audiences for the foreseeable future.

“PC users will be some of the more active members of the community in terms of the largest events we have on Twitch,” DiPietro said. “Things like League of Legends championship tournament — those are always going to drive the really massive audience. The audience will likely be very PC heavy, in terms of activity. [For] broadcasters, I think we see a lot of growth potential in the consoles.”

The numbers Twitch has posted since going live on PlayStation 4 and Xbox One have helped begin a major shift in console players’ relationships to gaming and each other. After nearly doubling the service’s broadcaster count and continuing to add more partnered accounts console, players have carved out their own casual niche in the livestream market. And Twitch is not settling for the present. What was once Justin.tv became Twitch Interactive, Inc., this past February, making the original service’s name now a subsidiary product of its most successful spinoff. It wouldn’t surprise me to see Twitch become the new Netflix, appearing on any system with an Internet connection and a few players willing to play live.

Chase, Twitch’s PR director, quotes a sentiment from the office about where Twitch is going. It’s hard to argue with.

“We don’t know if Sony or Microsoft is going to win the next console cycle — but it’s probably going to be Twitch.”