In Tom Clancy’s Ghost Recon Wildlands, everything in the vast wilds of Bolivia will be playable. If you can see a mountain in the distance, you can go to the top of it and snipe at drug cartel members below.

Ubisoft’s open-world tactical shooter game will debut on March 7 on the PlayStation 4, Xbox One, and Windows PC. As the 10th installment in the series, the game will move away from the futuristic setting of Ghost Recon Advanced Warfighter and focus on a four-soldier team whose job is to disrupt the drug cartels in Bolivia. And while your force is small, you have stealth on your side.

Ubisoft designed the game so that you could accomplish the goal of taking down the Santa Blanca drug cartel and its leader El Sueno any way you want, said Dominic Butler, the lead game designer for Wildlands, in an interview with GamesBeat at a Ubisoft preview event. There are 21 provinces and 26 bosses in the vast world, but you can take them down in the way that makes the most sense to you.

You can also just get lost in the open world. Here’s an edited transcript of our interview. 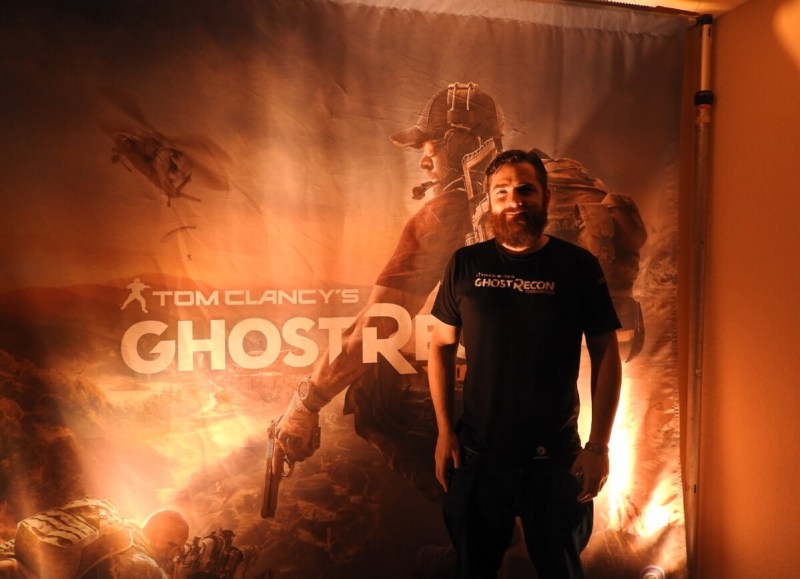 GamesBeat: How long have you been working on Wildlands?

Dominic Butler: It’s been in production nearly five years now. It’s the team that made Future Soldier. Personally, I’ve been on the team about two and a half years.

GamesBeat: Did you come in at a particular milestone?

Butler: I came in because I’d moved for family reasons. I used to work with the team in Montreal on Assassin’s Creed.

Butler: Yeah, it’s a big one. The scale of the world is huge. It’s the largest one we’ve done in an action-adventure game. There are lots of systems going on in the world, too, which is where the complexity comes from.

GamesBeat: I saw Tommy Francois give that talk at DICE about world-building. It seems like you applied a lot of that here.

Butler: Tommy’s team was involved at an early stage, helping bring some of our dev team to Bolivia and meet with them and build a more complete view of the place than what you’d see in a tour guide or on the news or in a simple documentary. We wanted to meet the people on the ground, take hours of footage, take lots of photos, and get a sense of what it feels like. What’s the air quality like? How does life in general go on? 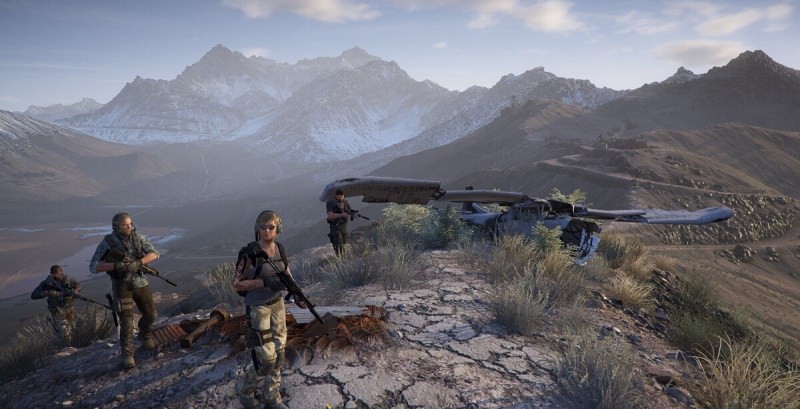 GamesBeat: How closely did you model this after any particular combat engagements there?

Butler: That’s where we get into the Tom Clancy what-if part of it. We were in Bolivia for the world itself and the people there, bringing that environment to life. When you get to the cartels, though, that’s when we deal with journalists, reporters, any kind of media we can get our hands on to try and understand—we’ve seen a lot more about this in the last couple of years, both on the news and in popular culture, in things like Breaking Bad or Sicario. People have some idea of what the cartels are. But we wanted to see more of the people behind the cartels. We didn’t just want bad guys wearing a particular uniform. What drives these people to do these things, to become a multi-billion-dollar industry? How does that get going? There’s more than raw savagery to it. It’s also intelligent business. It’s building a structured organization that can maintain this kind of operation.

GamesBeat: Are they as militarized as they seem in the game?

Butler: The real cartels? Yeah, absolutely. They hire ex-military people. They’ll fly people in to train their sicarios. It’s an unfortunate reality, but they have so much money and so much access to resources that really it’s protecting their investment. But yes, there are no expenses spared.

GamesBeat: Within that world, how do you come up with missions that are fun to play, that stay concentrated and focused?

Butler: When we’re building missions in a world like this, where it’s so big and so open, where freedom of choice is core to the player experience, we have to rethink the way we build mission structure traditionally. It’s not just about relating a narrative, telling a story, but also from a gameplay point of view. If we have a target to extract, previously we’d tell you, “Go get a vehicle, take out the guys at this front gate, blow up this generator, grab the guy, get him back to the vehicle.” We’d go step by step and give you lots of clear objectives.

Because of the nature of this game and the idea of letting you play how you want and where you want, approaching it in lots of different ways, we’ve instead built a story around—we have a strong narrative arc, but in as far as objectives for the player, we keep those very simple. The missions are very goal-oriented. Maybe you need to find information about a specific thing. Where it is, how you get access to the information, that’s all up to you. If you need to extract a target and get them to a rally point—do you load up on certain weapons? Do you bring certain tools? Do you upgrade your drone? Do you call in friends? All these decisions will be part of your personal narrative about how you extracted him. But the extraction itself is a clear goal that you paint your story around. 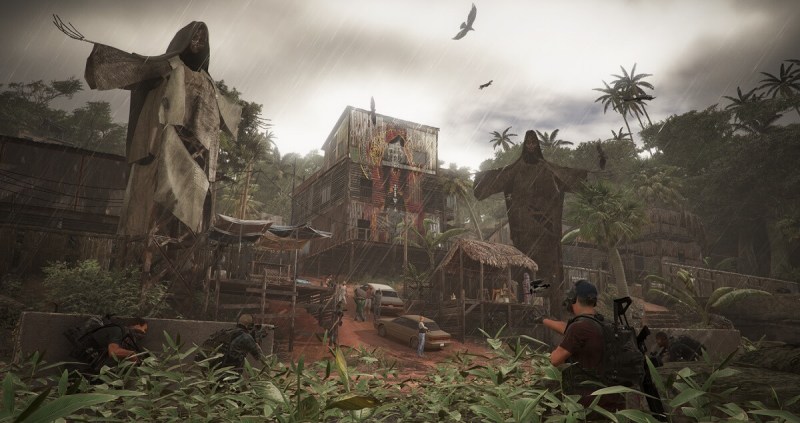 Above: Ghost Recon Wildlands has lots of different kind of terrain.

GamesBeat: In single-player and in some of the co-op, there were times when we just drove right into the compound with a jeep. It was about as brute-force as it gets. If you’re trying to be more stealthy, can you drop some of the soldiers around the compound and approach from different directions?

Butler: You can do things in a couple of different ways. When you’re playing solo, you’ll have three AI teammates. You can give very simple orders to those guys and they’ll react as a group. You can say, “Hold this position,” or “Regroup on me,” or “Attack this position.” You’re not micromanaging where they go. But you can give them simple objectives. We didn’t want you to have to stop all the time and reorganize them. They’ll follow your play style and match what you do, whether you’re playing aggressively or playing quietly and doing a lot of recon. They’ll support how you play.

If you’re playing with your friends in co-op mode, from the outset we said that there can’t be any kind of leash, any artificial way of keeping everybody together. It was a big technical challenge, but we knew we wanted that from the start. We worked on it for a long time. In co-op, there’s no reason that you have to stay within so many meters of each other or anything like that. At any point, you can break off and do completely different things.

Now, that might not make a lot of sense a lot of the time. If you go down you’re going to need your buddies to revive you. But when it comes to gameplay and making decisions in the field, each of you can do things the way you want.

GamesBeat: At one point, I was seven kilometers away from the other players. Is that a big memory management problem? How do you maintain such a large space?