Uncharted 4: A Thief’s End has a number of Easter eggs, or hidden jokes, throughout its 18 hours of gameplay. We had an interview last week with the co-directors of Uncharted 4: Naughty Dog’s Bruce Straley and Neil Druckmann. And they told us their perspectives on a couple of the big Easter eggs.

Yes, the developers of a series that has sold more than 23 million units still like to joke around with Easter eggs and give a nod to their influences. Acknowledging somebody else’s intellectual property isn’t always that easy, particularly when it crosses corporate lines and sometimes even when it doesn’t.

One of the big Easter eggs is based on the paintings of pirates in chapter 11. One of them isn’t identified, and neither Sam nor Nathan Drake can identify him. It turns out it is Guybrush Threepwood of the Monkey Island series. His sigil is a monkey, and Nate even makes a comment about how “that is the second-biggest cistern I’ve ever seen,” a joke that references to a gag in the Monkey Island series. It turns out that Druckmann is an unabashed fan of the games like The Secret of Monkey Island, originally published by LucasArts (now defunct and owned by Disney) in 1988.

In our interview, Druckmann fessed up. He said, “That’s me. I’m a big Monkey Island fan. When there was an opportunity to do it, I asked one of the concept artists to do it. I thought I would just sneak it in there, and then word got out that it was in the game. Then HR came up to me and said we had to get permission for it. We couldn’t leave it in the game. So I thought, dammit, Disney will make us take it out. But we reached out to Disney and they actually said they were flattered, so we could go for it. That was pretty cool.”

As for the Crash Bandicoot reference, it is an unavoidable part of chapter 4 and isn’t truly an Easter Egg. But it was still pretty tough to make happen. In the chapter, Nate and Elena are discussing things and Nate bets that he can beat Elena at a video game. It turns out they are playing Naughty Dog’s own game, Crash Bandicoot, on the original PlayStation. The original game debuted in 1996.

I asked if it was easier to get approval for that one. Straley said, “No! Same thing, just pure luck of the draw. The right people and the right timing.”

And Druckmann added, “Initially we got a no. We were working on a different old-school game of our own. Crash is kind of our own, but then, somehow, negotiations went on up high and we got the yes.”

If you’d like to read the rest of the interview, here’s the links on saying goodbye to Uncharted, advice for game developers, making games over movies, Naughty Dog’s headquarters, and here’s the full comprensive interview. 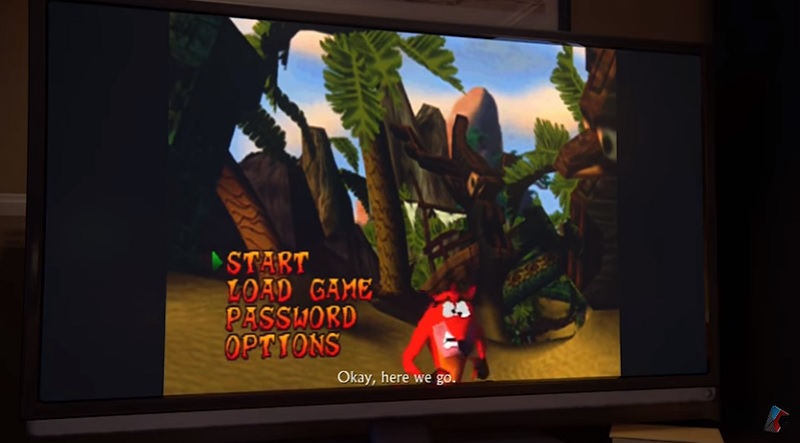