VR requires a great deal of computational power to render up a pair of high-quality stereo images at frame rates much higher than the 60fps you might experience with high-end PC gaming. It must also do this while keeping everything moving smoothly and behaving in a way that feels realistic to the user.

It requires specialized technology from companies like Nvidia, which is aiming to build on the strengths of VR, not only with its new GeForce GTX 10-series GPUs, which significantly increase VR performance thanks to their Pascal architecture, but also with Nvidia VR Funhouse, which was designed to showcase the VR capabilities of both the 1080 and 1070 GPUs and the Unreal Engine 4. 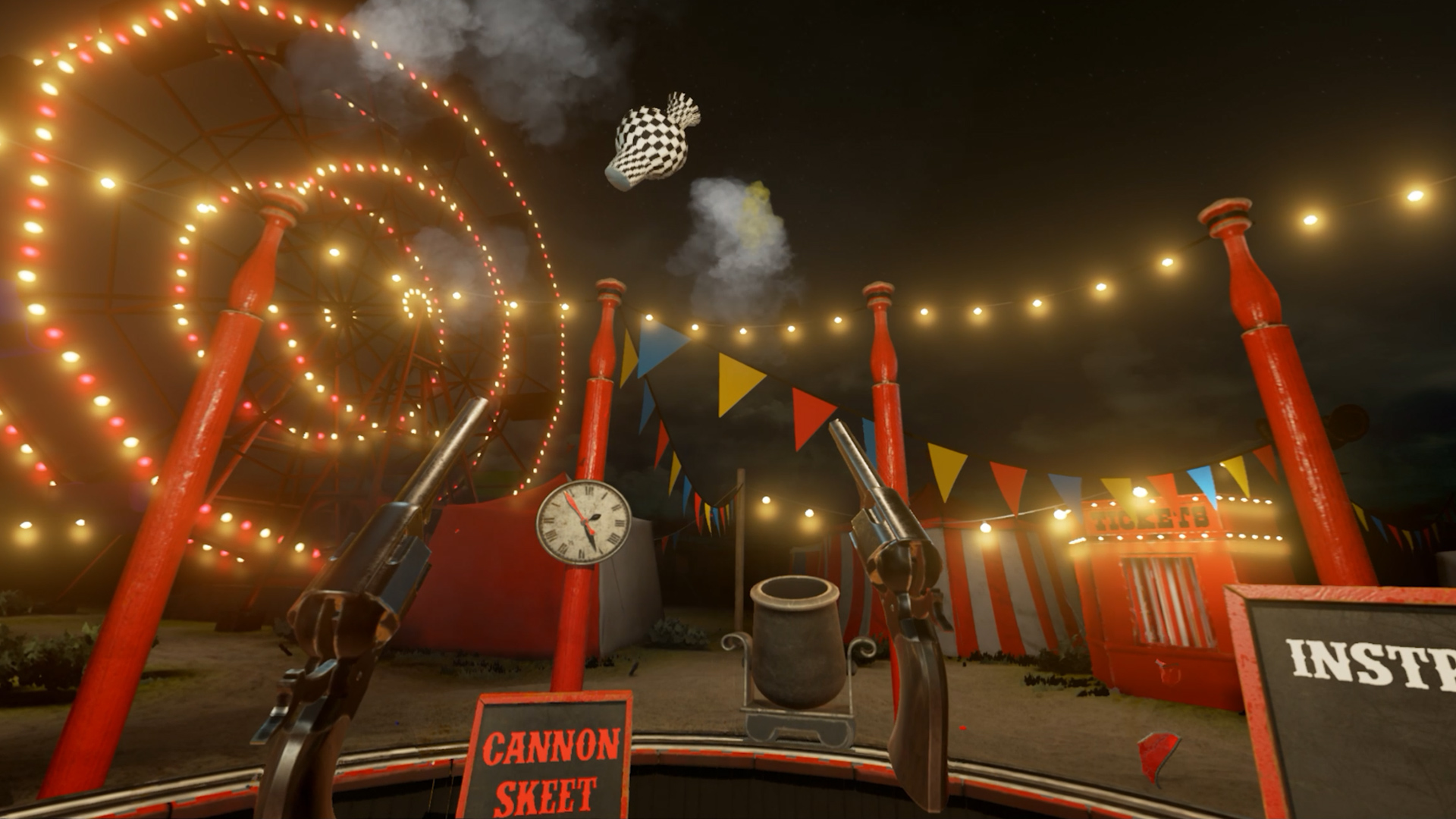 Built from the ground up for HTC Vive by Nvidia and Lightspeed Studios, Nvidia VR Funhouse is an immersive room-scale VR experience that is now available to download free on Steam. It’s actually the first video game developed in-house by Nvidia even though Nvidia has been an essential  in the PC gaming space for years.

The games in VR Funhouse are delightful little helpings of bite-size fun. Its world is full of objects that look and behave just like you’d expect them to, whether they’re gloopy liquids or shattering glass. VR Funhouse’s small and perfectly-formed fairground challenges give it the feel of a potential killer app for VR ready PCs.

With its a VR experience taken to this technical level, VR Funhouse could do for VR what Wii Sports did for the Nintendo Wii: highlight the possibilities of a groundbreaking new system in a fun and engaging way without any cost to the consumer.

It consists of a collection of carnival-style mini games, specifically designed to show off what can be done with GameWorks, Nvidia’s development platform for games and graphics, and VRWorks, its suite of APIs, libraries, and engines that enable developers to create stunning VR experiences. 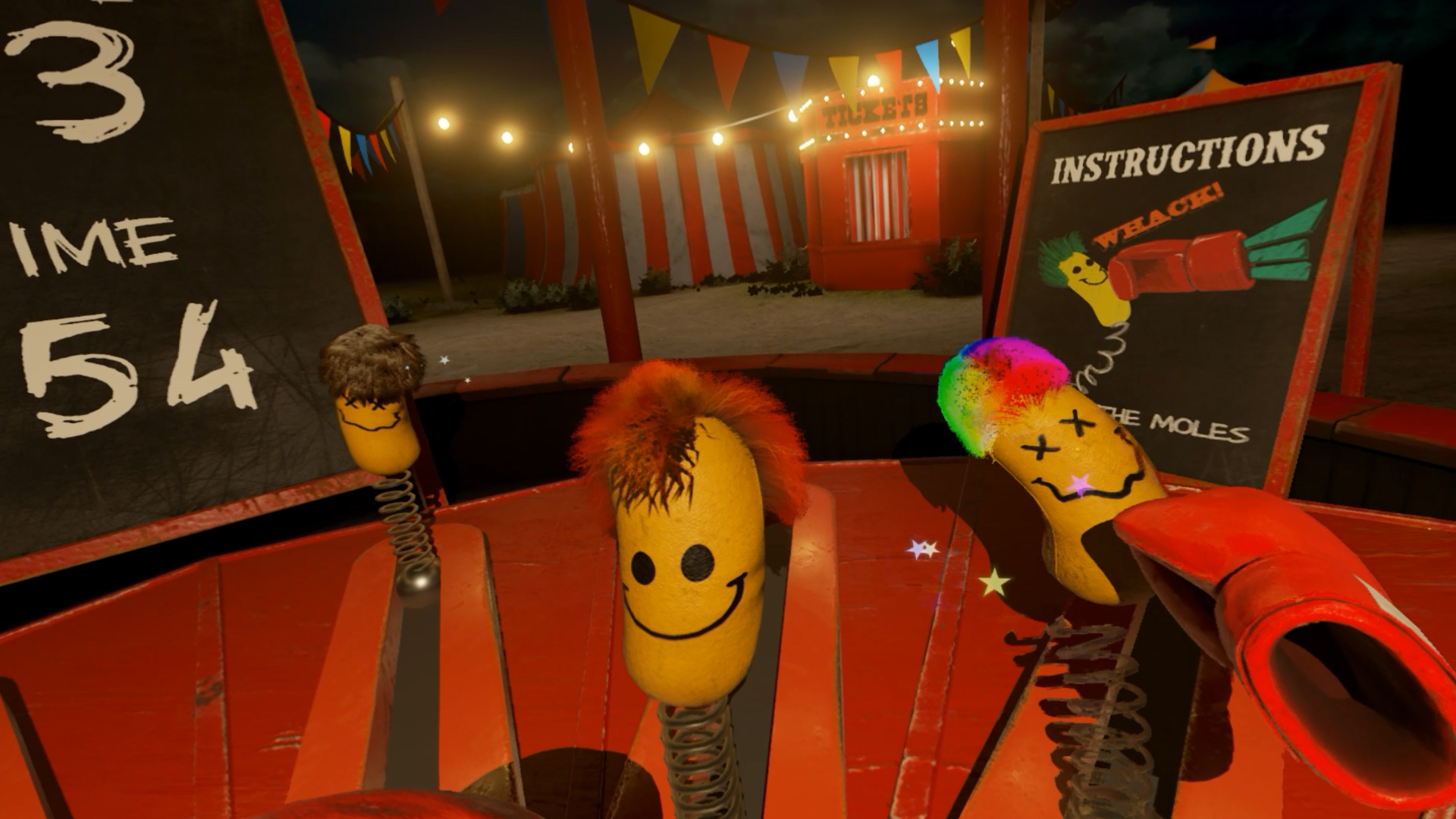 VR Funhouse capitalizes on VR’s core strengths by engaging us in a familiar set of virtual activities. It recreates classic carnival attractions such as Whack-A-Mole and shooting galleries, each one designed to play to the strengths of assorted GameWorks technologies and make innovative use of the HTC Vive’s motion controllers.

In VR Funhouse, there are specific enhancements to look out for in each mini game. In Fire Archer your attention is drawn to the volumetric fire effect created with Nvidia Flow and the haptic feedback from the controllers as you draw and fire a bow and arrow. Mole Boxing – a mallet-less Whack-A-Mole variant – showcases HairWorks with its moles’ swaying hairdos that you can ruffle when you’re not punching the little critters. 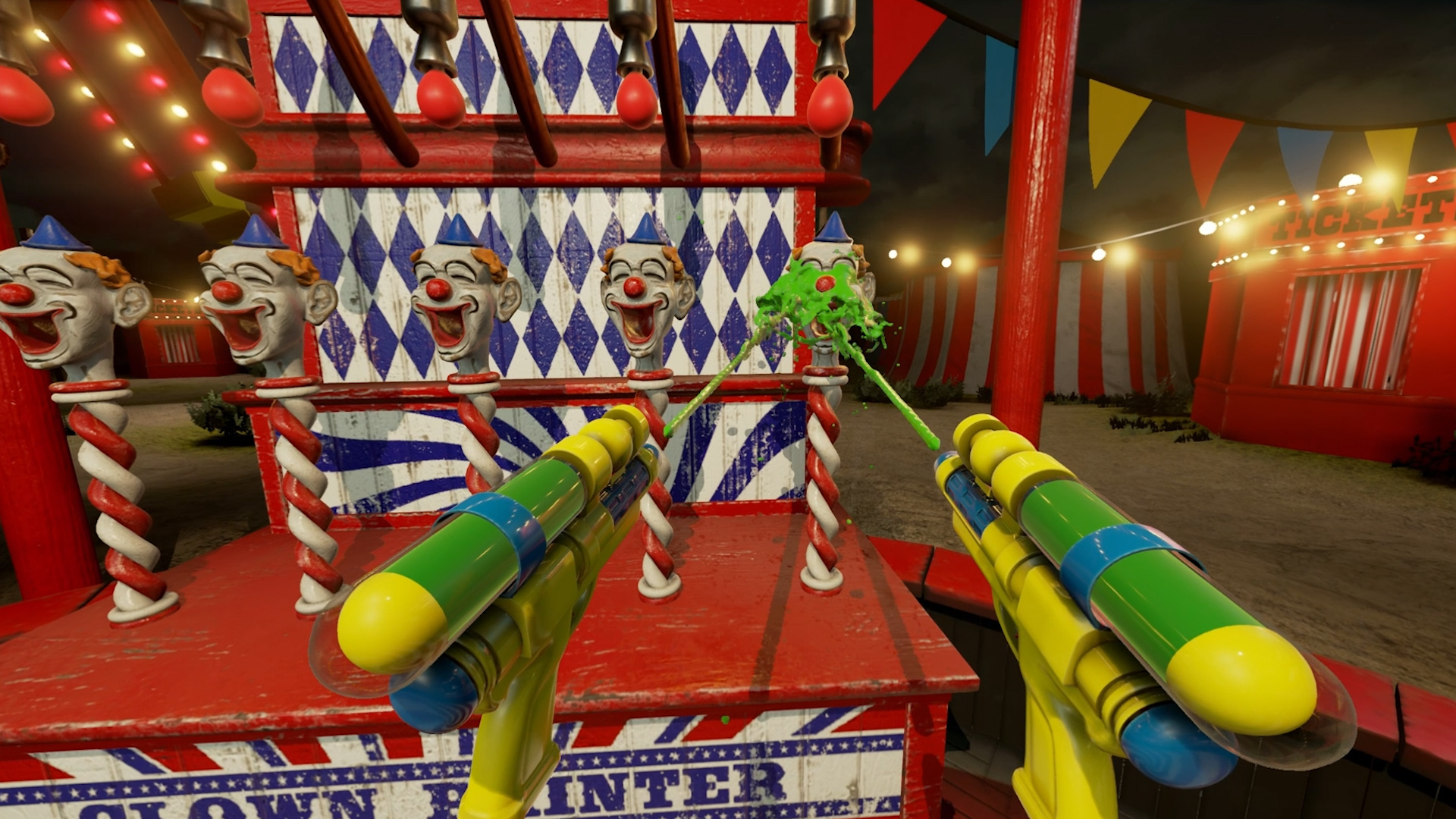 Perhaps the most exciting thing about VR Funhouse, though, is that Nvidia is releasing it as an open-source project: not only can developers be inspired by how it uses GameWorks tools to build compelling and entertaining VR experiences, they can then find out exactly how VR Funhouse does it, and adapt its code for their own projects.

It’s an exciting way to not only draw attention to VR’s real potential, but also to encourage the adoption of cutting-edge techniques and technology that will lead to ever more inventive and enthralling VR experiences in the future.