The success of hypercasual games is being measured in hundreds of millions or billions of downloads. And that’s why we’re shining a light on FreePlay, a Minsk, Belarus-based game studio.

Since December 2019, FreePlay has had more than 420 million downloads of its hypercasual games, which includes Join Clash (developed by FreePlay and published by Supersonic Games), Count Masters, and Fidget Toys Trading 3D.

CEO Evgeni Sidorov said in an interview with GamesBeat that the FreePlay has been growing fast and supports a team of dozens of developers who are testing new hypercasual game ideas every few weeks.

Join Clash debuted in December 2019, and it has had 135 million downloads this year and 280 million to date. Count Masters has more than 100 million downloads since March, and Fidget Trader just crossed 40 million. Those numbers are good enough to put the games into the top 10 most-downloaded titles during a number of months in the past year. In August, Fidget Trading was the most downloaded game, according to measurement firm AppMagic. The games often take off on their own in a viral fashion, and they generate revenue via advertising.

Other companies having success in hypercasual games include Voodoo, Homa Games, Ducky, Rollic (owned by Zynga), SayGames,  Azur Games, and Supersonic Games. It’s no surprise that a few of these companies, like FreePlay, are based in Eastern Europe. The Games Fund estimates more than 5,000 game studios are in Eastern Europe, and the fund is concentrating its investments in that region. Minsk itself has several successful game companies such as Wargaming and Playrix. Belarus has had political turmoil, but Sidorov said that hasn’t disrupted the company at all.

And companies such as Nexters, which just went public, are also focusing on acquiring companies in Eastern Europe. 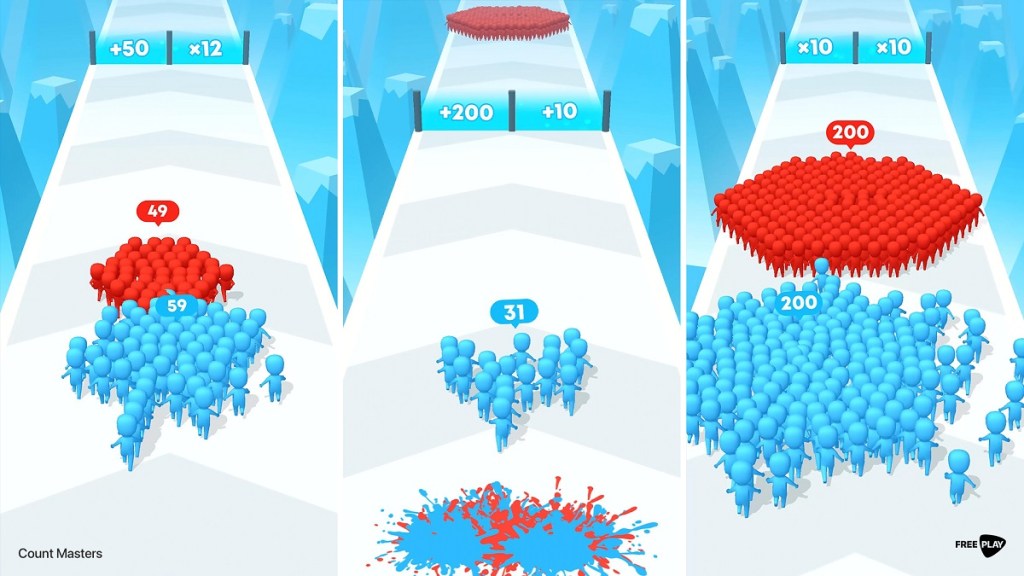 Sidorov and a couple of his game developer friends started the studio a couple of years ago. He had worked in mobile apps for years and switched to game studios in 2016. The initial studios weren’t successful. They experimented with different approaches, different games, and different genres. Then, in August 2019, it started to focus on hypercasual games and raised some angel funding. They experimented for a while and built up teams in both Belarus and Moscow. Sidorov enjoyed keeping the team small.

Their first project that took off was Join Clash, launched in December 2019. Supersonic Games published it and helped it grow. Join Clash has 280 million downloads to date. FreePlay self-published its second hit, Count Masters.

“This was the first step to understand how we could make something bigger,” said Sidorov. “We realized we could create some really big mobile games. We made a lot of mistakes, understood how to promote games, and learned how to build games.” 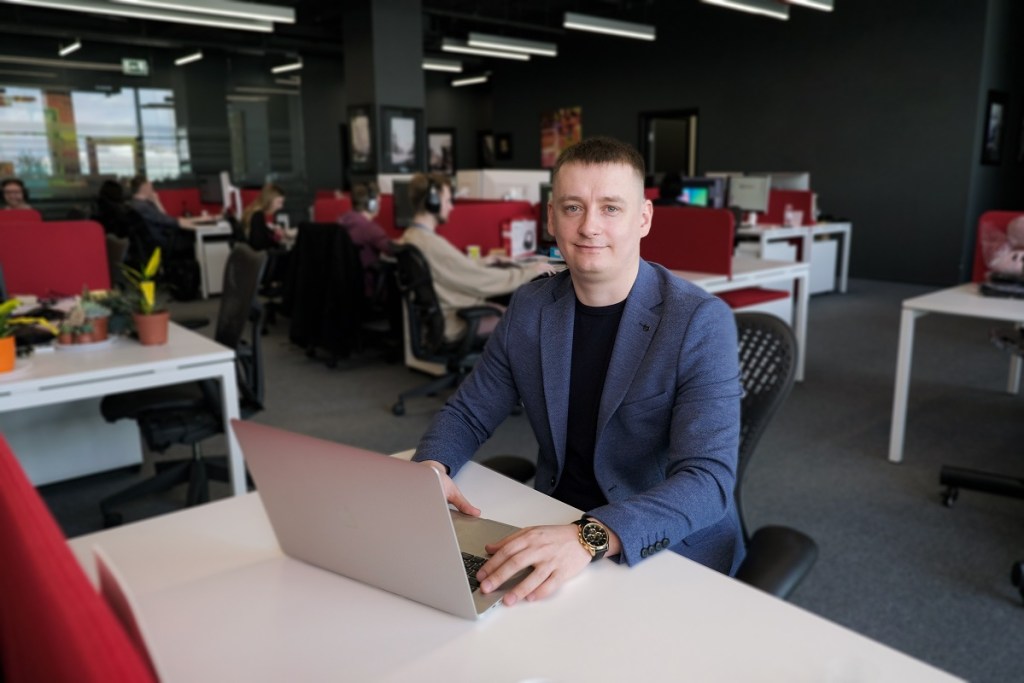 Above: Evgeni Sidorov is the CEO of FreePlay.

Now the company has more than 52 in-house workers, with a combination of developers and marketers. A team of three people comes up with a prototype, and then it goes through testing. The period of testing lasts about three weeks. If it doesn’t take off, the team moves on to a new idea. If it works, then FreePlay may add as many as 10 people to a team.

“We focus on a quality of the experience,” said Sidorov. “We constantly watch the trends and try to stick to the top positions in the market.”

To come up with the three big games, the company churned through something like 15 to 20 ideas.

Over time, the company hopes to expand its presence in genres such as midcore games, which have hardcore themes but can be played in short sessions. The company hopes to acquire other studios and hire more people to work on its own projects.

“We put all of our souls into making the games, and that’s a key to our success,” Sidorov said. “We just really love what we do.”