When Star Wars: Battlefront II came out in November for PlayStation 4, Xbox One, and PC, few people were talking about the multiplayer shooter’s gameplay or graphics. A controversial loot box system, which would give players items that could give them advantages in exchange for real money, drew the ire of the gaming community, and EA drew much of this anger. EA had to turn of micro-transactions before the game launched to quell some of the anger, but progression was still tied to loot boxes.

It was a mess. The controversy and obnoxious loot box system zapped away any desire I had to play Battlefront II. It did come out in November, so I had plenty of other things to play (especially my favorite game of the year, Super Mario Odyssey, which was only a few weeks old at the time). I was also still playing Overwatch, so I didn’t need another game to fulfill my shooter needs.

But a lot has changed with Battlefront II since November. The development studio, Dice, has added a new progression system. You no longer earn new heroes and Star Cards (which you can equip to classes, heroes, and ships to strengthen, augment, or change their abilities) through loot boxes or the credits you receive from them. They now only give you in-game credits and cosmetic items like emotes. You now get Star Cards through a much more linear progression, similarly to series like Call of Duty. You level up a class, hero/villain, or ship by playing with them. Then, if you reach certain levels, you can unlock new Star Cards. Your progression feels like a reward and not something up to chance.

I also got myself a new computer with some fancy hardware. Coupled with the updated progression, I thought that this might be a fine time to finally give Star Wars: Battlefront II a chance. 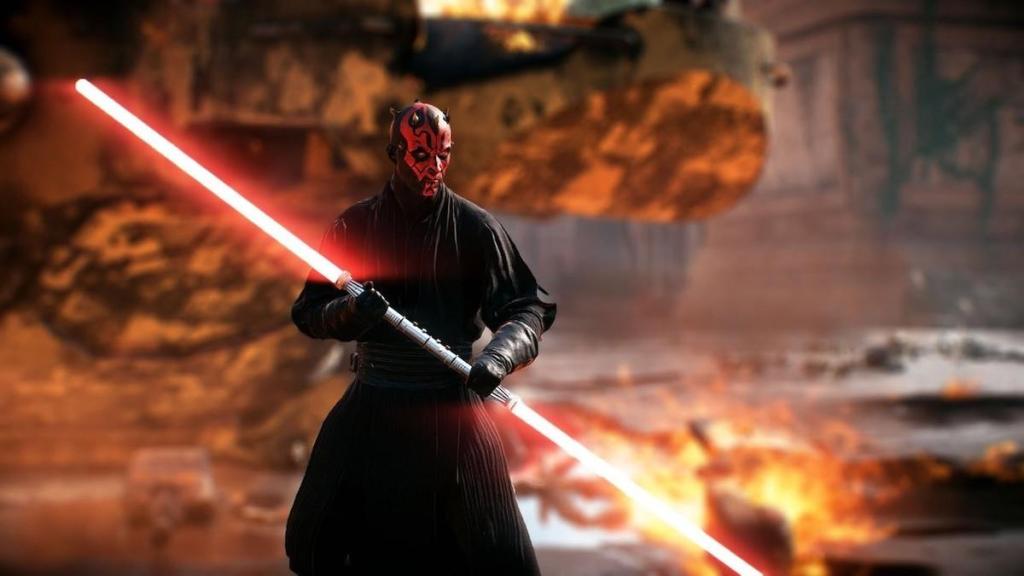 No win, no problem

After playing a lot of Overwatch, which depends heavily on teamwork, and Fortnite, which depends on skill, Battlefront II’s giant multiplayer matches come off as … relaxing. In the main Galactic Assault mode, battles are 20-vs.-20. It’s neat seeing so many players run around, but it also takes a lot of stress away. When you’re a single player in a group of 20, you have to accept that there’s only so much you can do.

You still have opportunities for heroics. You can throw a timely grenade and take out multiple enemies, or you can single-handily capture an objective. You can also save up the points you earn in a match to play as a hero or villain, like Rey or Darth Vader, giving you a chance to really rack up some kills. But for the most part, whether your team wins or loses is out of your control.

After spending months being frustrated at myself in Overwatch for costly mistakes or at my team for poor coordination, it’s a relief to play something where I could have an awful game and still win. It’s like therapy. The wins and losses don’t really matter. It’s more about finding those moments of fun — winning a fight, getting to play as a hero, even laughing as Darth Maul just runs at you and destroys you in half a second. A single death doesn’t cost your team much of anything, so it’s not worth getting upset about. 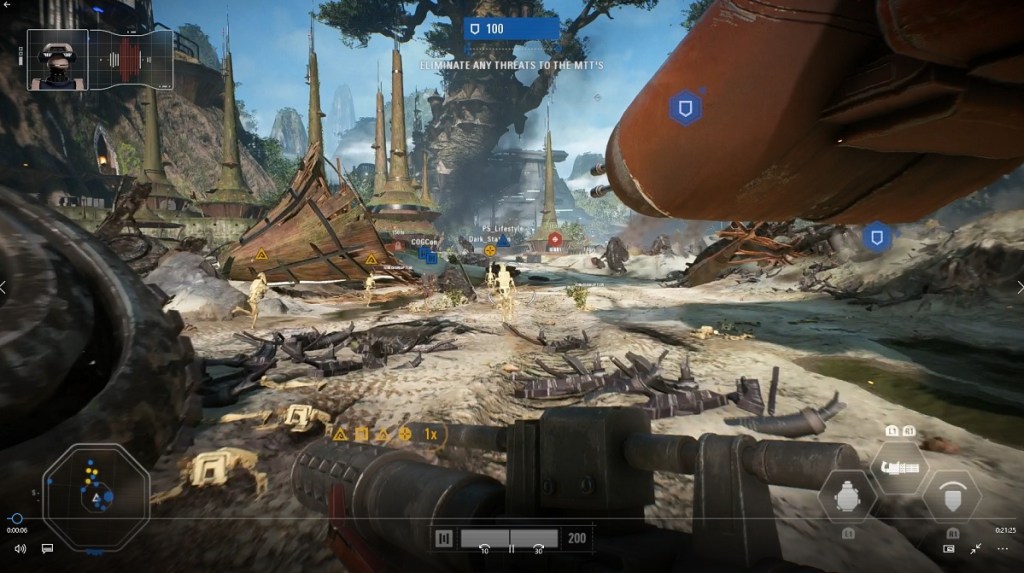 I played 2015’s Star Wars: Battlefront quite a bit. This sequel makes a lot of improvements. I’m glad that you now need to spend points you earn from doing things like getting kills or playing objectives in order to unlock heroes and vehicles. In the first Battlefront, you unlocked these by collecting tokens lying around the map. You didn’t get to play as Luke Skywalker as a reward for skill. You just had to be lucky and hope you run into the token before a teammate does.

While the first Battlefront only focused on the original trilogy, it’s nice to see all eras of Star Wars represented in the sequel. Yes, even the prequels. They’re not good movies, but they did have some cool planets and characters. Running around the water planet of Kamino from Attack of the Clones is one of the most atmospheric moments I’ve seen in a shooter, let alone a multiplayer one. Space battles are also stunning. You weave in and out of debris, hunting down other players in an area glowing from stars and lasers. 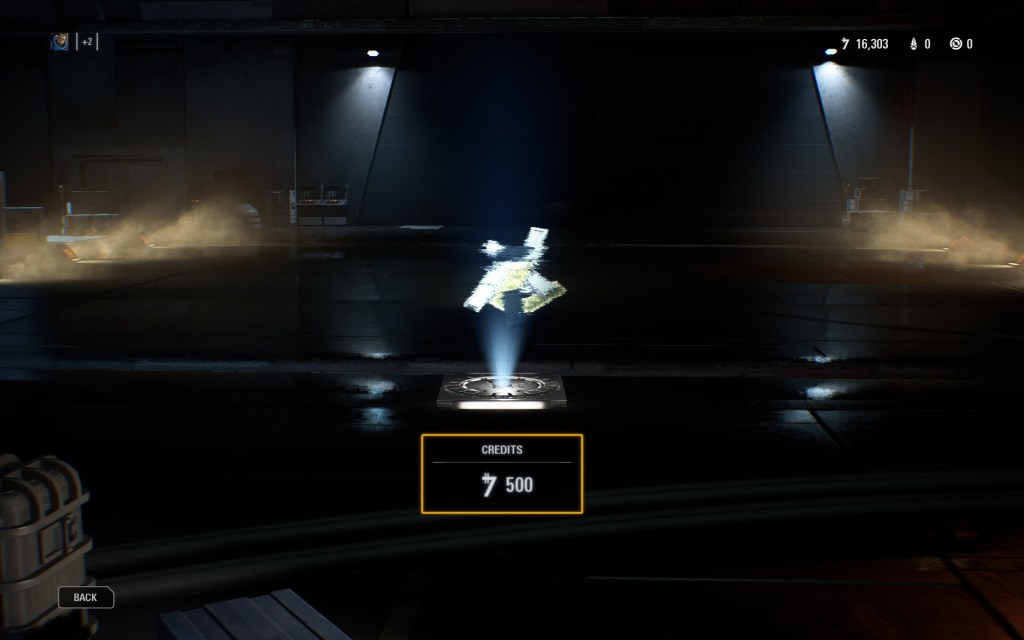 The old progression relied on the random nature of loot crates, which you could buy with in-game currency or real money. You now only earn loot crates as a daily log-in bonus or by completing challenges (like playing so many rounds of a mode). The crates only give you cosmetic items and credits, which you’ll be able to use on character skins (although these aren’t available to purchase until later this month).

Actual progression revolves around Skill Points. Every class, character, and ship has their own level. You increase this level the more you play them, and you earn a Skill Point any time you reach a new level. You can then spend Skill Points on Star Cards, which improve your stats or replace abilities with new ones. But Star Cards are also locked behind level gates, so you can’t spend your Skill Points to unlock whatever you want with a class you’ve barely played.

It’s a little complicated. I’m not sure why you don’t just unlock Star Cards as you level up. Having to earn and spend Skill Points is redundant. But at least this new system treats progression as a reward for playing and not as commodity available for purchase. 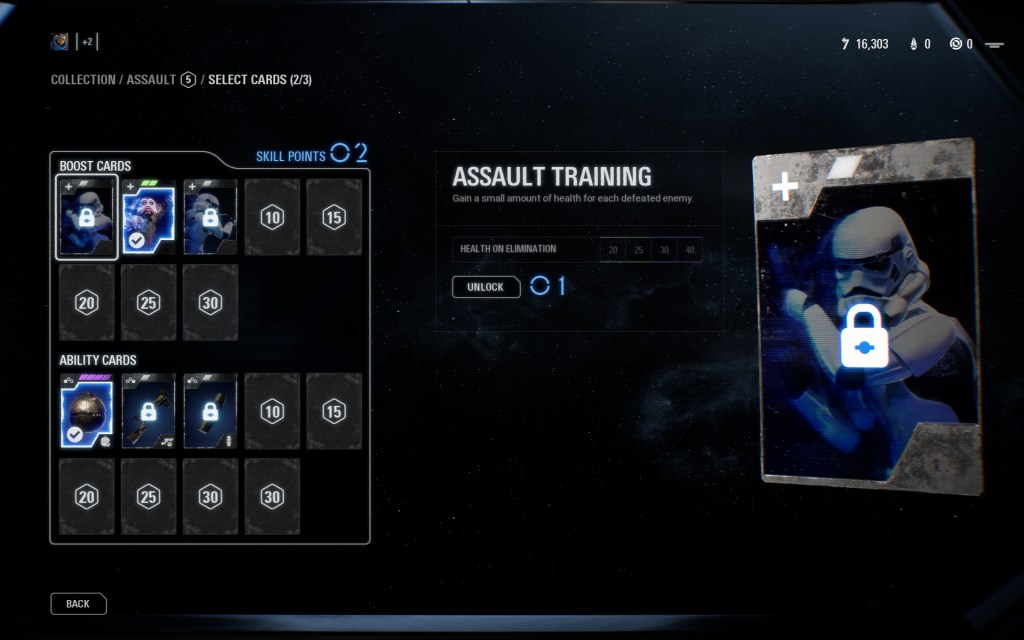 Above: Star Cards for the Assault class.

With the unpleasantness of the loot box controversy behind us, now is a good time to appreciate Battlefront II. Its new, simpler progression system doesn’t get in the way the game. And that game, it turns out, is actually pretty fun. It doesn’t fill my competitive needs like Overwatch or Fortnite, but Battlefront II is a more mindless kind of fun that gives us the more realistic Star Wars playground we’ve ever seen.

I’m not sure if it’s addictive enough to enter my long-term rotation, but it’s a nice stress-reliever after losing my fifth game of Overwatch in a row.