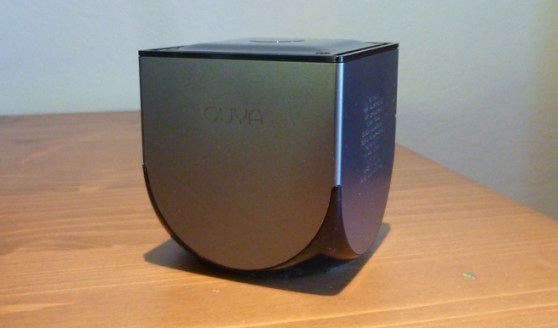 Ouya’s PR has informed GamesBeat that they sent the wrong console unit for review. We have re-worked the article below to reflect that new information. Read our impressions of the retail model here.

I’ve had my fair share of controller-throwing moments, but the Ouya, the Android-based game console, marks the first time I’ve ever wanted to fastball a gaming device at its own menu screen.

This isn’t what I’m supposed to feel. I’m a populist at heart, and the Ouya must be the most populist gaming device in recorded history — crowdfunded to $8.5 million on Kickstarter, designed to be easily modified by kit-bashers, open-source so anyone can develop for it sans licensing fees, and priced at a ridiculously affordable $99. It’s indie-developer heaven in an apple-sized game console. I fully love and support the indie scene.

And I kinda hate the Ouya.

Everything about it screams its desire to be the noble champion of indie games. Instead, the console I played with — which Ouya’s PR reps now tell us is not the final, retail hardware — comes across more as the noble champion that some dirty, no-name mercenary humiliates in 10 seconds flat. These early-backer units are made with love but not with care. As such, I worry the Ouya might do a disservice to the very things it wants to lift up.

Oh, it starts well enough. This is the first thing I saw when I opened up the box: 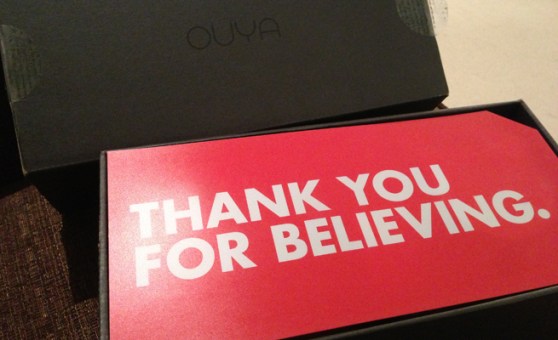 That’s a very nice touch. I didn’t contribute to Ouya’s funding, but I appreciate how much it appreciates all the support. Unfortunately, right under that very graceful opening message, I saw this: 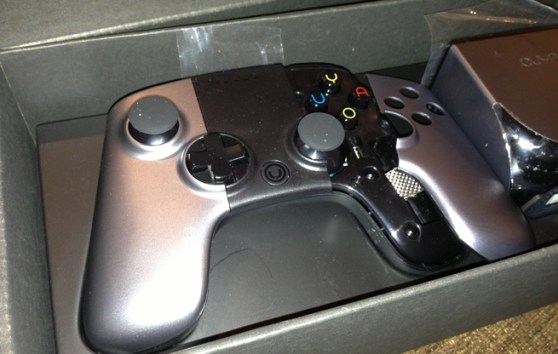 Despite appearances (and my immediate reaction), that controller wasn’t busted on arrival. One of the two magnetically-attached battery covers came loose in transit. My first impression, however, became a pretty solid metaphor for the overall Ouya 60-to-zero experience that followed. Every expectation hit a roadblock. Every path came with an obligatory set of hurdles.

Could I jump in and download some game demos? Nope. This Ouya didn’t let me do anything until I registered an account and entered a valid credit card number. That’s done from an onscreen prompt which, in my case, glitched out and didn’t appear. Nothing in the no-frills menus or even on Ouya’s official site let me start that process independently. Trust me: I looked. Then it pulled those fun PlayStation 3 tricks where you have to download a game in one place, install it in another, and then run mandatory updates. At one point, I had to update Ouya, restart, and then update a game I tried to launch. Seriously, I just wanted to play something. Anything.

With all that sorted out, I could finally start bashing my head against Ouya itself. 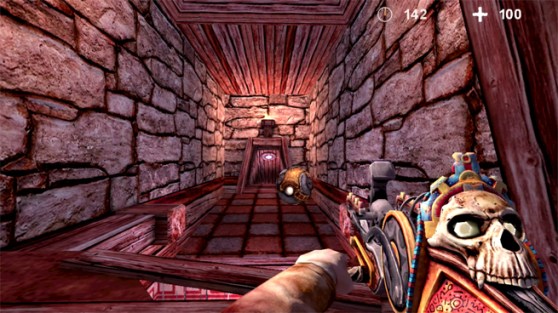 The controller dips into a latency that makes simply navigating the menus feel like swimming freestyle through mud. Threading a needle from 50 paces would’ve been easier than simply landing my cursor on the item I wanted and accessing it.

In-game control usually feels splashy, too, in a Wiimote-waggle sort of way. It ruins a tough-talking fighting game called Beast Boxing Turbo, which requires a certain degree of precision. Endless runners, which Ouya carries in great supply, frequently don’t feel very responsive. iMech Online, a Mechwarrior-lite multiplayer shooter, ran at a brain-gouging 20 frames per second. While I’d love to throw blame on Ouya’s controller, a first-person Portal-meets-Tomb Raider game called The Ball struck me as straight-up broken. I frequently lost complete control, spinning around in place when I wasn’t even touching the sticks. You can also hear the character’s jump-grunts if you hit the button during cutscenes.

I found The Ball under Ouya’s top-tier “Trending Now” menu. Bit of a confidence-breaker, that.

It’s all in the presentation (or lack thereof) 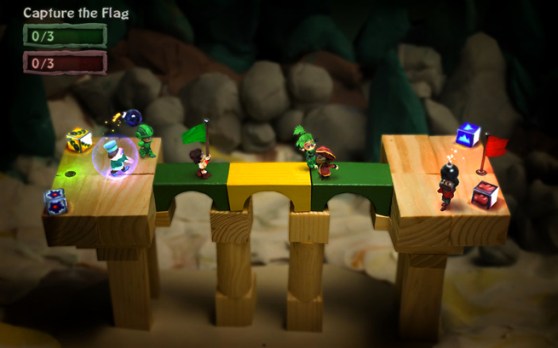 Ah, and those menus. Ouya’s website claims over 150 games are available on the system right now, but damn if I can find half that many. The menus don’t include an “All Games” option. That left me with the impression that I was always missing out on something. Looking for a specific game boiled down to guesswork — it didn’t have a search feature, either, though one has since been firmwared in.

For a console meant to showcase games that normally escape notice, Ouya’s current designs largely lack anything resembling a spotlight … and on a system that blesses self-publishing, that’s absolutely vital to call out excellence among the practice runs. I really had to hunt for excellent games that actually performed to expectation. Players do rate titles, but those ratings don’t show up  until after I clicked into the game. Kinda defeats the purpose from a marketing standpoint.

Mainly, it was word-of-mouth that directed me to the gems among the chaff. The best of the best: BombSquad, an arena-combat game by way of Wile E. Coyote and deliriously set to The William Tell Overture. I also got a kick out of a better-than-its-genre endless runner Knightmare Tower and trick-shot puzzler Stupid Zombie. But three out of 150 does not a good game catalog make. And those three are also available on other platforms. 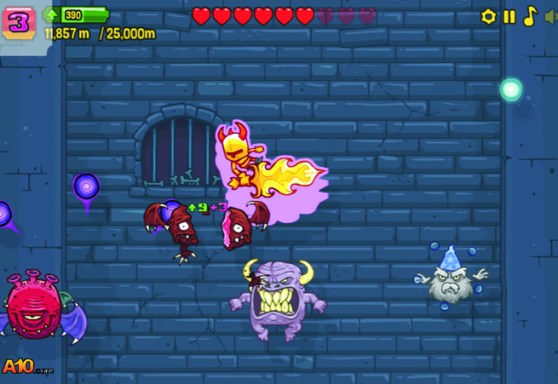 Given this Ouya’s technical issues, constant update interruptions, stunningly awkward user interface, and the incredible amount of prematurely self-published material I had to slog through, I’m more inclined to pick up BombSquad from Apple’s App Store. The Ouya itself, in this incarnation, is too much of a pain.

We’re told by Ouya’s PR that many of these issues were fixed for the final retail units. Indeed, more firmware updates could address several problems for the early-bird versions. But even at the low-low price of $99, this seems like an unfortunate way to fulfill on promises made to those early backers … or truly demonstrate the genuine appreciation I saw in that red title card.

Hey, I fully believe an indie-focused game console should be part of the gaming ecosystem. We need a place where talented, creative people with zero publisher support can thrive. That doesn’t automatically mean Ouya is the right answer. I’m relieved that a lot of the really good games I found didn’t overcommit to this one platform, because from what I saw, Ouya provides a poor, lonely stage. It needs better organization, better presentation, some kind of quality control, and a tighter, more consistent feel. Most of all, Ouya needs to make its games shine. At present, it doesn’t.

I just keep thinking how the console’s creators intend to release new Ouya hardware on a yearly basis. That adds to the impression that this first-generation Ouya is disposable, and that the next one — whether it’s the “final” version due in stores later this month or next year’s edition — can’t help but do better. One can only hope.