SHANGHAI — iDreamSky Technology, a Chinese third-party mobile game publishing platform, is one of those companies cashing in on China’s mobile game market, which is expected to grow 93 percent to $2.9 billion in 2014.

Western game developers want nothing more than to cash in on that market. To date, Shenzhen-based iDreamSky has distributed worldwide blockbuster mobile game hits such as Temple Run, Fruit Ninja, Subway Surfers, Cookie Run, Doodle Jump, Brizzle, and Asphalt. The company has raised $10 million from Redpoint Ventures and Legend Capital. iDreamSky has several hundred employees. Tencent’s THL A19 is the largest shareholder in iDreamSky.

If you succeed in this cross-border transference, the rewards are huge. iDreamSky recently filed for an initial public offering on Nasdaq, with the purpose of raising $115 million. But navigating the market is hard. You may need a guy like Monte Singman, vice president of business development at iDreamSky and a veteran of Shanda Games and Zona Research. I met Singman a long time ago, and he has made it his business to figure out the right developers to know.

We talked to Singman recently about publishing in China at the ChinaJoy game trade show in Shanghai. Here’s an edited transcript of our interview. 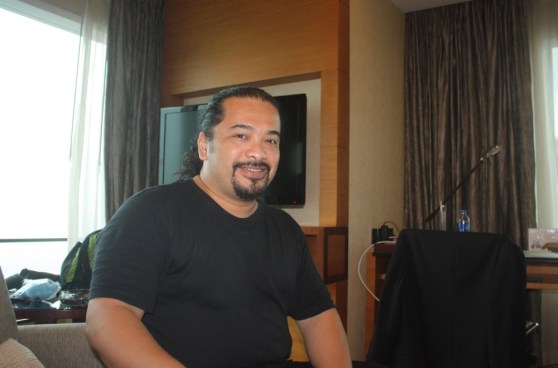 GamesBeat: Can you give us a refresher course on iDreamsky’s history?

Monte Singman: The company was founded in 2009. Before, we were an outsourcing studio for mobile games.

GamesBeat: How quickly did your opportunities for publishing grow up?

Singman: It was Fruit Ninja that changed everything. Of the three founders – Michael, Anthony, and Jeff – Michael and Anthony were engineers. Jeff was a game industry guy from Hong Kong. It was Jeff who went to Australia and brought the game back.

GamesBeat: It was already becoming a hit, right?

Singman: Yeah, it was already a global hit, everywhere else. I believe it was also a hit in China, but no one was receiving any benefit from that. iDreamsky paid for it and became the exclusive publisher. All the benefit from Fruit Ninja came to iDreamsky after that. That’s when iDreamsky became a publisher.

GamesBeat: And that helped draw in more games from elsewhere.

Singman: Right. That background of being an outsourcing studio, and also the fact that the cofounders were programmers, helped the company put together the teams to do proper adaptation for the local market.

GamesBeat: How quickly did China become such a big market? A couple of years ago, did it seem like this was going to happen? 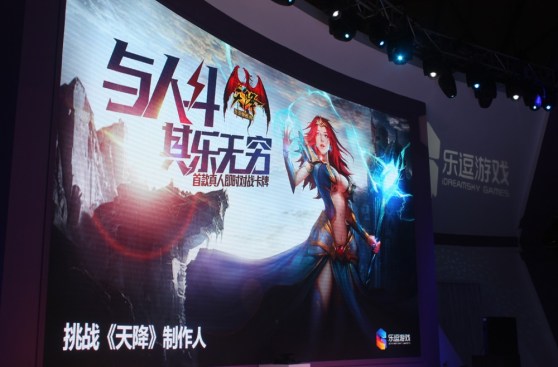 Above: iDreamSky booth at ChinaJoy

GamesBeat: This year at ChinaJoy is the first year they’ve had this mobile focus. It seems like everyone is starting to realize that this might be the biggest market opportunity. Kevin Chu from Kabam was talking today about how mobile is the first chance for the creation of truly global gaming companies. Before, if you were a console game-maker, you were focused on Japan or the U.S. or western Europe. Now there’s a chance for more global companies. What does that mean to you?

Singman: I’d agree with that statement. We have a sort of unspoken policy, though. Anywhere that takes more than five hours of flight time to reach, we won’t set up our own office there. That comes from Jeff. It’s just hard to manage across that distance.

So we’re not going to set up, say, iDreamsky USA. But we will invest in companies in the U.S. Right now we’re focused on China. We’re stepping out into Hong Kong, Taiwan, and Macau. Those are low-hanging fruit. After that, maybe Korea and Japan. We’re in the process of setting up publishing units there.

GamesBeat: That seems like a lot to chew on. The competition is severe. What would you say to people who aren’t familiar with the company? How will you differentiate yourselves from the competition?

Singman: Many Chinese publishers don’t pay minimum guarantees. They just want to license a game without paying anything up front. We’re one of the few companies that does pay up front. Also, we’re one of a very few companies that has an army of engineers that can adapt a game to local tastes. We don’t just integrate the payment API or the social SDK. A lot of times we do go in and change art or add content.

With a lot of games, if we didn’t do anything to them, they just wouldn’t work in China. We’re starting to take premium games, in fact, and convert them to IAP on our own. We’ve done that and we’re doing more of that.

GamesBeat: Are you getting better content coming in, better developers and publishers?

Singman: Some of the games we’re talking to are in seven figures as far as minimum guarantees.

GamesBeat: How else would you make your pitch to western companies?

Singman: My pitch usually involves our past success. That past success puts us on top right now in China. Our approach is more holistic. It’s more about relationship-building. Tencent, for example, has a more mechanical approach. They scan the top ranking charts – the downloads, the top grossing, the DAUs – and go after the top 25. They have an army of testers to test everything. If they find something that fits their portfolio, they go after it.

I think you miss a lot of gems if you only scan the market mechanically. Sometimes a potential superstar doesn’t have a track record, but if you’re an industry veteran you can look at it and say, “Hey, this is going to do great.” We react favorably to deals like that and products like that. But I think we’re slowly going to become more like Tencent. We’re going to have a mechanical part of our product selection process. But we’re going to keep that holistic approach, which is more about gut feelings, experience, and relationship-building. Our content providers, we’re usually very close to them.

GamesBeat: Is triple-A content from the west going to be welcomed in China?

Singman: Yes. That’s what we’re looking for. The only trouble is—For example, I’m looking at some western games that make fantastic amounts of money, but certain kinds of content just don’t fit very well in China. They don’t get past the government. No gangsters, no Mafiosi.