At the Game Developers Conference last week, MacLean spoke with me in an interview about relaunching the IGDA, starting with new programs to directly support chapters and special interest groups around the world. MacLean wants to support game developers in sustainable and fulfilling careers. She hopes that many developers — especially those who drop out of the industry in the three-to-seven-year time period — can last for decades in the industry.

MacLean herself started as a game tester, and she has been in games for more than 26 years. Here’s an edited transcript of our interview. 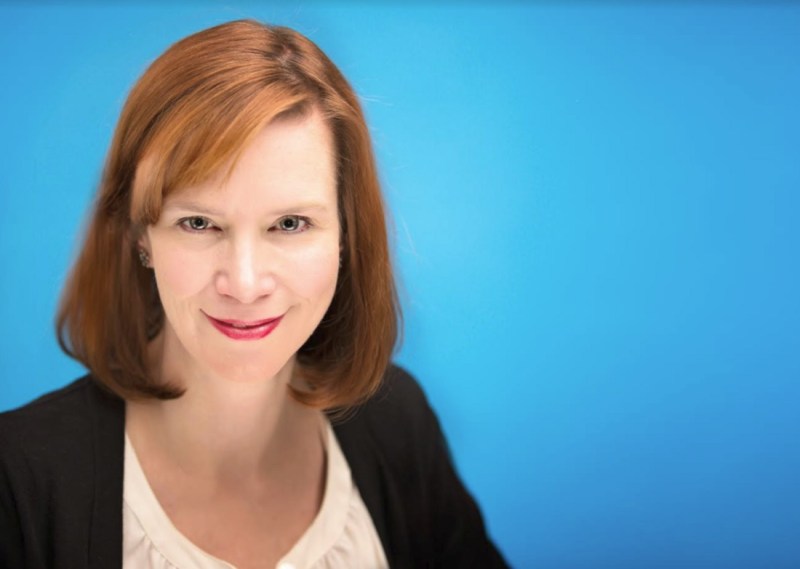 GamesBeat: What are you going to be talking about?

Jen MacLean: We’re relaunching the IGDA. We have a new mission statement. We’re rolling out a number of new programs that help us more directly support our chapters and special interest groups around the world. This is a great opportunity for me to talk about how the IGDA sees itself supporting game developers in sustainable and fulfilling careers. We want to be an organization that supports game developers joining the industry at 22 and then retiring 30 or 40 or 50 years later, feeling like they’ve done something meaningful and valuable with their lives.

GamesBeat: What’s involved in the relaunch?

MacLean: New mission statement, new priorities, new member benefits. When we think about the mission, we’re looking specifically at helping game developers have sustainable and fulfilling careers. With the understanding that a fulfilling career is different to you or me or other people, being an organization that helps game developers have access to the information and support they need to have that career, not just for one year or three years or five years, but over the long term. And to make sure they have both personal and professional satisfaction and fulfillment over the course of that long career.

One of the challenges that faces the industry, something we don’t talk enough about, is how much talent we lose. We’ve seen from the developer satisfaction survey that in that three to seven-year block, we lose a lot of talent from the industry. That has a financial cost, but it also has a cost in the kind of games we make, in the game development community, and in the future of game development. It’s something we want to raise visibility around, both from the company standpoint – making sure the companies are aware of what happens when they lose that talent – but also from the individual game developer standpoint. Giving individual game developers a community, through chapters and special interest groups, and the resources they need to so they don’t have to leave the industry. They can find an alternative that meets their personal and professional needs.

We’re doing something entirely new with our financial support of chapters and SIGs. I’m very proud of that. We have this amazing community of thousands of volunteers around the world who have made a difference to game development on a local scale. We’re looking at what we can do to magnify the impact of their efforts.

Some of that is logistical support, like covering chapters through the IGDA’s insurance policy. A lot of it is financial support, not only for payments tied to membership, but also through special impact grants, which are particularly helpful for emerging markets where the game development community is just starting to grow. It’s a chance for us to make a very big difference a relatively small investment. That difference not only magnifies the local game development community, but by putting them in touch with our other 150 chapters around the world, we start to create that sense of shared learning and shared purpose. Everything starts to become exponential in terms of growth and progress that we see. 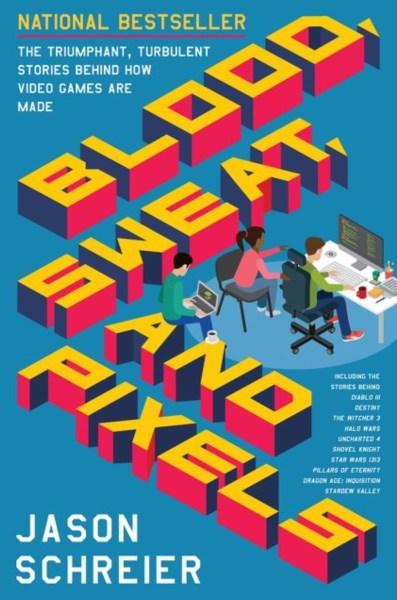 Above: Blood, Sweat, and Pixels is about the making of video games.

GamesBeat: The game industry seems to have structural problems that cause some of that. It’s very cyclical on the console side. You have the perennial crunch problems. Jason Schreier’s book was pretty horrifying as far as the work people are forced to go through. How do you make the industry a more sustainable place?

MacLean: Anecdotes aside, we’ve seen that the prevalence of crunch has decreased in the developer satisfaction survey. Part of that comes from educating people about the consequences of crunch – mental, physical, and emotional – which are very well-documented. There are studios that will never change, that will always crunch. I think the IGDA’s role is making sure developers understand what the consequences are if they make the decision to work for those studios, and also making sure the studios understand the consequences in terms of their talent turnover, and in terms of the ideas and creativity they may be missing.

Another important challenge is making sure we’re helping game developers that understand business. Business is nowhere near as much fun as game development, but you can’t have a successful studio without understanding a lot of basic business fundamentals. How to handle directors and officers, when to hire an attorney, when to hire an accountant, what to do about taxes, what to do about labor laws. All of these things are nowhere near as much fun as game design, but they’re critical to long-term success.

One of the important parts of the IGDA is to understand that you can’t have sustainable and fulfilling careers for game developers without having successful game companies. You need somebody who’s going to pay game developers. Looking at where we can help not only individual game developers, but particularly smaller independent game development companies, understand and master the challenges of running a successful business.

We’ve seen that middle tier of game development studios, that 50-100 person studio, really decline. That scares me, because we need to be thinking about where our Bethesdas and Valves and Blizzards and Kings of the future will come from. Who will be that studio in five years, 10 years? We have to support the smaller 5-15 person studio so they can grow into a 50 person studio, and on from there.

A lot of what we’re doing – for example, with restructuring our studio membership fees – is making it easy for that small studio to join the IGDA, to take advantage of not just our discounts, but also our learnings, our chapters, our special interest groups. We’re making sure we’re doing everything we can to support the individual game developers and the game development companies in creating a sustainable and fulfilling career, as well as a sustainable and fulfilling business.

GamesBeat: What’s the approach for communicating that? I remember [former executive director ] Kate Edwards, a while back, was talking about publicizing the companies that crunched regularly. That never happened, but it was fairly controversial, that question of how to get people to be aware of that.

MacLean: There are multiple answers to that question. I ask myself, before the IGDA starts to do anything, how does this benefit our members? Is this something the IGDA is positioned to do well? If you look at a site like Glassdoor that collates employer reviews, that can show you who is and isn’t crunching far better than the IGDA ever could. To me it’s not a good use of the IGDA’s resources to compete with Glassdoor when they’re already doing an amazing job and have more resources to put toward that.

Where we can make a different, for example, is highlighting places that are good places to work. Things like the IGDA Insider and chapter meetups, all the communications we have with our 10,000 members around the world. Where we can make a difference is with webinars and our expert resource library. We can highlight great practices that everyone should know about. We can help game developers understand the questions they need to ask before they even know they need to ask them. They can understand the consequences of a decision before they need to make it.

A lot of what we need to do is provide better information and better resources. That comes both from our website, but also from our community. We have an unmatched community of game developers around the world, with more than 150 chapters and special interest groups. We’re on six continents. Nobody else has that kind of scale. Our focus in 2018 is using that scale to make an impact on the lives of game developers. 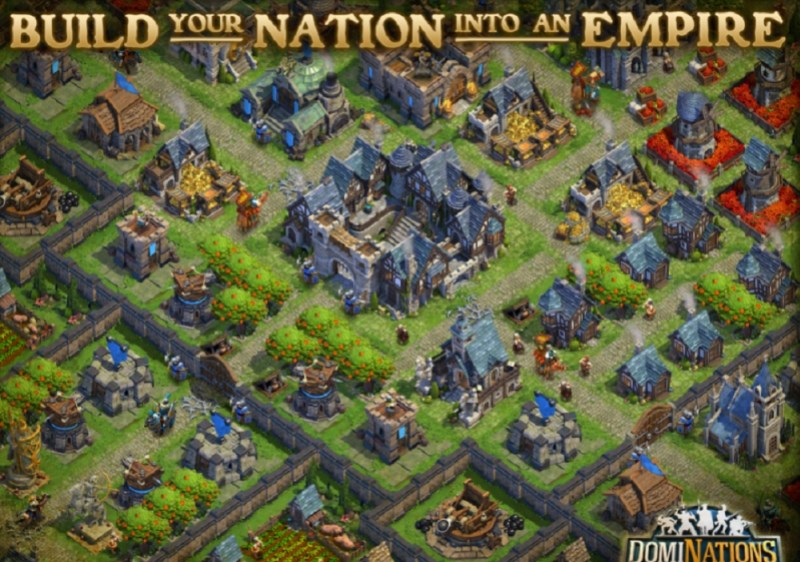 GamesBeat: Do you have any particular good examples of companies that are sustaining a good-sized studio?

MacLean: What Big Huge Games has done in their second iteration is really impressive. They released DomiNations. They were acquired. They’ve gone out of their way to create a diverse and inclusive studio community. I give Tim Train a ton of credit for being very deliberate about applying the lessons he’s learned over 25 years in the games industry to constantly not just make better games, but make a better company.

What I’d love to see the IGDA do is help take those lessons you learn over 25 years and give them to somebody when they’re in their 25th day, so they don’t have to go through the painful experiences that lead to some of the improvements we see in products and in studio culture.