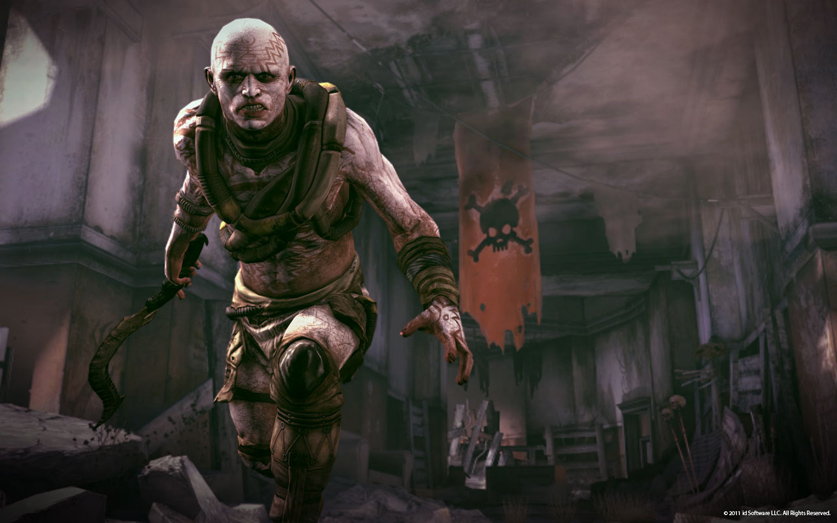 If you're curious about or haven't played Rage yet, I'll tell you exactly what kind of game it is. These are my impressions from about five-and-a-half hours with it.

Rage is like a "lite" version of Fallout 3 and Borderlands. It has a quest system, which is very similar to Borderlands' (down to the text menu that pops in, asking you to accept it), looting, different ammo types, weapon/armor/vehicle upgrades and an interface to build items, but they're all lacking the depth that’s found in the other titles.

It's in an open, post-apocalyptic setting, but it doesn't encourage you to explore. It also doesn't aspire to get past brownish-orange in its art direction. It's save system is exactly like Fallout's, in the sense that it only saves when you enter a settlement or exit back into the wasteland. You can save at any time, but it's easy to forget to. The first time I died, I had to play nine minutes of gameplay to get back to where I was. This immediately set off my WTF alarm.

It wasn't the only time.

My WTF sense tingled again when I discovered you can only have your own weapons in the game. In the opening section, you're tasked with entering enemy territory and killing bandits. I had this shitty starter pistol (an id staple), and I kept killing bandits who were equipped with these sweet-looking 1911-style pistols. I wanted one, so I looted the enemies I killed. In Rage, the looting process is simple. You kill someone, press A over his or her dead body and you receive — with no menus required — usually money or ammo. It wasn't until I downed a handful of enemies when I realized their weapons fade away when their owners die.

Yes. Rage is that kind of game.

It’s also the kind of game that doesn’t think headshots are one-hit kills. I know, I know … bear with me.

I was pew-pewing away at enemies who were shotgunning me down, and I couldn't take their weapons after they died. Great. Worse yet, is the lack of explanation for this. I know id wants me to play by its rules and use the in-game currency to buy weapons and ammo from shops, but the writers could have at least made up a reason for the disappearing guns. In Metal Gear Solid 4, it was explained perfectly why you couldn't use soldiers’ guns. Oh well, no one at id bothered to write a cohesive plot, so I probably shouldn't be concerned with the finer details.

Rage is the kind of game that looks pretty from far away, but breaks up close. Every time I turn my head, textures pop in — no exaggerations. Rage's dusty brown wasteland looks well rendered as a big picture, but when you're running around in the thick of it, it's easy to spot low-res, ugly textures everywhere. And ugly textures look even worse when they're right next to detailed ones. 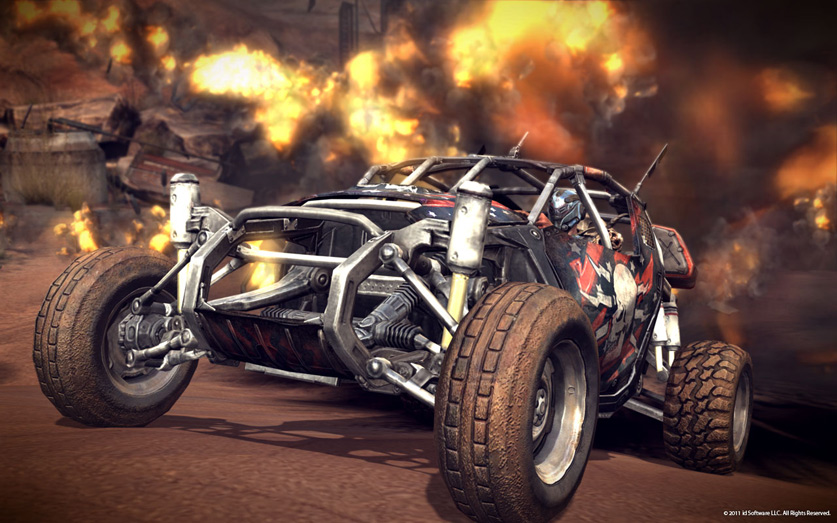 Rage spreads itself over many facets of gameplay instead of nailing a single one. It also imitates a lot of games, but isn't as good as any of the games it mimics. It's part first-person shooter, part open-world, part RPG and, oddly enough, part racing and vehicle combat. I get the feeling from reading interviews and previews about Rage that id put a lot of its eggs in the combat racer basket. This isn't necessarily a bad thing, but combat racing isn't exactly the golden ticket id hoped would separate it from the rest of the brown, post-apocalyptic first-person shooters on the market. A great story could have done that, but it seems those are rare in the genre.

On that note, almost hours in, there is no story to be found. At all. You, the nameless, voiceless protagonist, were put into a cryo-like capsule to survive a meteor on its way to Earth. When the meteor hit, the capsule malfunctioned, and you wake up way after your scheduled time. People in the capsules around you died, and there's a stagnant battle happening between civilized people and bandits outside. Without having any idea who you are, someone from the closest human settlement rescues you, puts a gun in your hand and asks you to do important missions for his town that no one else can handle, without backup. Apparently, some governmental task force known as the (creatively named) Authority exists, and they're repressing the people. There is no evidence of this repression in the game world, aside from people telling you. I've had no contact with any arm of the Authority in my five hours of playing.

I'm amazed that in 2011, companies with AAA, colossally budgeted games can't muster up even a hint of a story. It's a shame that people who spend their $60 on games stand for this. It’s very possible that I just haven’t made it far enough yet for things to kick in, but I don’t care. In the first half hour of Bioshock, you’re introduced to the main antagonist and the most immediate main threats of the game. Get on with it, Rage.

I can only assume a chunk of the buyers are in it for the gunplay, which isn't even that stellar, either. Among the popular comparisons to Borderlands and Fallout, I've detected two other games that I wasn't expecting — Bulletstorm and Timesplitters.

One class of enemies always runs at you with sharp, melee weapons. The way these characters are physically designed and programmed reminds me of the endless drones of melee-based enemies in Bulletstorm. Rage also has Bulletstorm's rather frantic gunplay. Enemies move quickly, so I'm constantly spinning and trying to get my sights on them before they cut my balls off. It also takes a massive amount of bullets to kill each enemy. I'd kill for a boot-stomp-like melee attack in Rage instead of its delicate gun-butt thrust.

Because aiming down the sights doesn't seem to do shit for your accuracy, I fire from the hip most of the time. Mechanically, this reminds me of Timesplitters, an excellent FPS that was born before they all became gun sight museums. Rage also has a slightly cartoony look to it, which further reminds me of Timesplitters and Bulletstorm. They're all paced similarly, too. Even though id wants you to take Rage seriously, I can’t. Bulletstorm also had this problem. 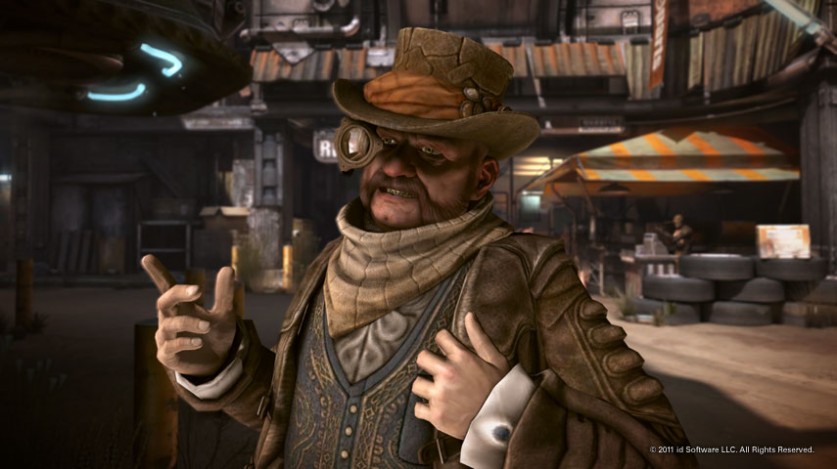 Despite this entire entry containing complaints about Rage, I have to end on a baffling note — I'm enjoying the game more than I dislike it. The design decisions that rub me the wrong way really bother me, but not enough for me to put down the controller. For the life of me, I can't quite articulate why I'm still playing it. It's something new, and I guess I need something to play now that I've beaten Deus Ex's first DLC add-on.

I have a feeling I won't beat Rage. It's a novel, yet flawed, game. It's the type of game I know I'll get tired of soon if it doesn't show me something new and interesting. The way it's going now, I predict it probably won't. It's another brown, first-person shooter in an open world no one asked for. We needed another of those like we need another zombie apocalypse game.

Where is Doom IV?