Final Fantasy XIV recently saw the release of its third expansion, Shadowbringers, which came out on July 2. Everyone seems to love it. I haven’t touched this new content, but I’m still having a great time playing the online role-playing game.

That’s because I’m working on leveling my character and progressing through Final Fantasy XIV’s massive story. Square Enix actually gave me codes to skip this process. I could have boosted my Black Mage up to level where he’d be ready to dive right into Shadowbringers.

I didn’t want to do this. A few weeks ago, I jumped back into Final Fantasy XIV. When I last stopped playing, I had just finished the main campaign, the core quests that launched with the game after its 2013 reboot, A Realm Reborn. I had a fun time back then, but other games (notably World of Warcraft, which I still play frequently) pulled me away.

I also stopped playing because I was intimidated. When I stopped last time, FFXIV’s second expansion, Stormblood was the newest one. But I had yet to get my character into the content from the first expansion, Heavensward. And even before that, there were a lengthy series of main story quests I had to complete between A Realm Reborn and Heavensward. These quests originally came out between the launches of the two, giving players at the time new missions and plot developments to check out.

But you can’t just skip those quests and go straight to Heavensward after beating A Realm Reborn. They’re an essential part of the story and mandatory before unlocking the scenario that starts the first expansion. 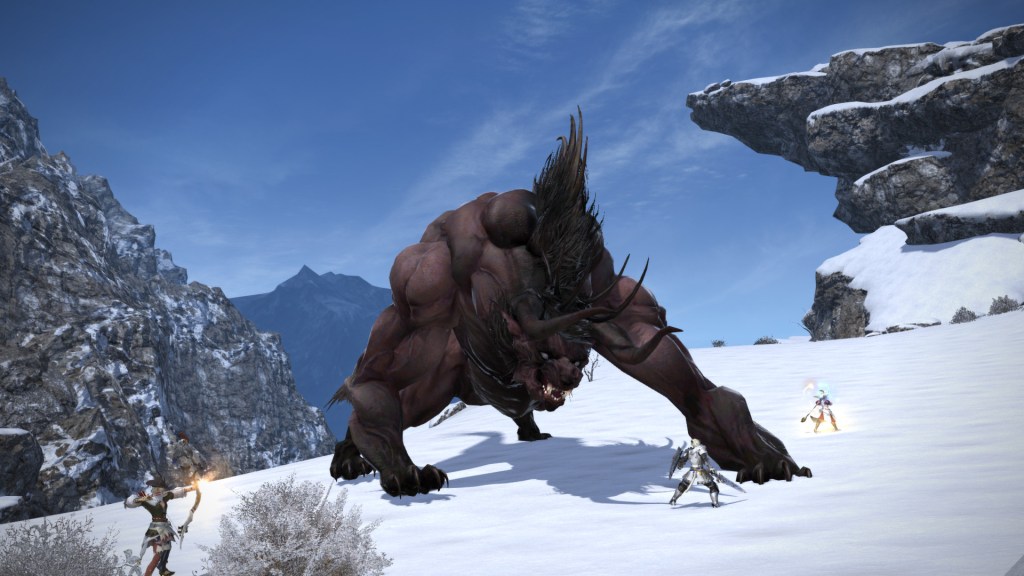 Above: Most of my quests involve snow these days.

At the time, this seemed like too much of a commitment, and I retreated to other, less demanding games. But with all the excitement surrounding Shadowbringers release, I decided to go back in and see if I could make my way through the story.

As someone who had mostly been playing World of Warcraft, it was a sharp contrast. All gameplay and mechanical differences aside, Final Fantasy XIV has a story that is actually interesting and well done. When I play World of Warcraft, I often listen to a podcast to give my mind something to focus on while I grind away. World of Warcraft’s attempts at story-telling are often lackluster, focusing on a rotating door of villains and non-player heroes. World of Warcraft will simultaneously tell you that you, the player, are awesome and important while making you feel like a side character in every narrative.

Not so with Final Fantasy XIV. You are the hero. Your avatar is present in almost every cutscene. While you remain mute, you are the center of the drama. It makes me involved with the game’s story in a way that World of Warcraft never manages. At first, I tried to continue my original habit of podcast-listening when I went back to FFXIV. This was impossible, as I found myself focusing on the story. In World of Warcraft, I could barely be bothered to read dialogue boxes. 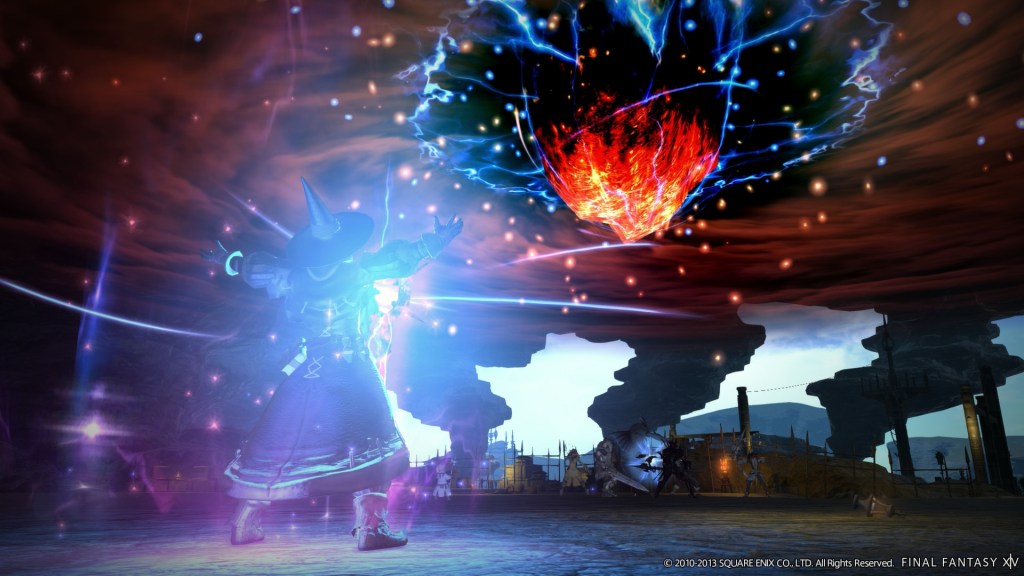 Above: A Black Mage in Final Fantasy XIV.

A story you shouldn’t skip over

Not to say that FFXIV doesn’t have good combat. It’s great. Yes, it’s typical MMO hotbar stuff, but I love playing my Black Mage, dancing between ice spells (which are weak but help me regain mana) and fire ones (which are stronger but cost a ton of mana). Final Fantasy XIV is also beautiful and features some incredible enemy and boss designs that have the kind of detail and animation quality that make them a noticeable leap above what the aging World of Warcraft is capable of.

I don’t mean to keep crapping on WoW, which I’m actually enjoying quite a bit right now thanks to the 8.2 patch. But Final Fantasy XIV often excels where WoW falls short, especially in the storytelling department.

Right now, I’m in the middle of Heavensward. Everyone is raving about Shadowbringers, but I am not tempted to use a character boost. I don’t want to cheat myself out of seeing this story evolve naturally from expansion to expansion. This means I’ll be late to the Stormblood party, but I’m OK with that. My character still has a long journey before he gets there, and I don’t want to miss it.