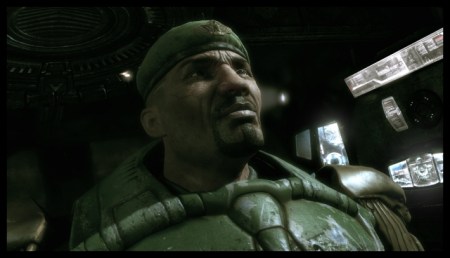 Making realistic human faces is one of the last frontiers of video game artistry. No one has done it in a way that can really fool a trained eye. But Image Metrics, which is announcing a new round of funding today, has made some giant leaps toward creating believable computer-generated characters.

The Manchester, England company has raised $6.5 million from Saffron Hill Ventures to fuel growth. It has more than 40 games in the works that use its video-based facial animation technology. With it, the faces of characters in games such as Grand Theft Auto IV come to life. The characters with ImageMetrics-based faces can wink their eyes, raise eyebrows, and speak in a way that matches the lip-synching sounds they utter.

Creating realistic humans is known in game geek circles as the Uncanny Valley, a name given to the problem by Japanese robot maker Masahiro Mori in 1970. In his view, the more creators try to fashion a realistic human face, the more distracting it becomes because the eye of the viewer is drawn to the imperfections.

In contrast to animated movies, the Uncanny Valley problem is more pronounced in video games because the images have to be rendered in real time, meaning they are processed and drawn instantly. Faces usually account for 30 percent of the time spent animating characters. Companies such as Konami used an army of artists to create the faces in the acclaimed Metal Gear Solid 4, which debuted earlier this year. But faces in lesser games are often obscured by helmets or other gear.

Mike Starkenberg, chief executive of Image Metrics, said that his company’s technology can vastly shorten the amount of time and effort. It takes a video of the technology and uses mathematical algorithms to estimate the 3-D contour of a face. It then provides the computerized mathematical solution to the game makers, who can use it to realistically animate the face of any digital character they create. Check out a video of the technology here. 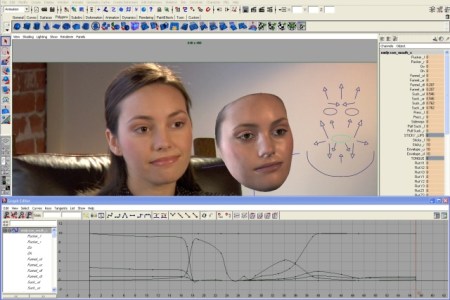 The solution works so well that it has been used in high-profile games such as Grand Theft Auto IV. The company was founded in 2000 by Kevin Walker, chief technology officer, an expert in computer vision. The company dabbled in technologies such as a golf-swing analyzer. In 2006, it spun off a technology for reading X-ray images to track the spread of a disease.

Image Metrics has had a rough time, going through a string of chief executives. It took a round of funding in 2006 that included convertible debt. Starkenberg joined as chief operating officer in February of this year and became chief executive in August, replacing CEO Andy Wood. To date, the company has raised $15.1 million.

Starkenberg said he pull out of projects such as TV shows and focused on movies and video games. Now the company focuses on working with game companies the same way that special effects houses work with Hollywood film studios. The Grand Theft Auto IV team was able to create 300 minutes of animation using characters that were captured an created in a matter of months using the Image Metrics technology. The company charges for its technology based on the amount of minutes created and the level of quality required.

Some of its customers include the best-known game and film studios. Rockstar Games, maker of Grand Theft Auto, has used Image Metrics in eight or nine games now, and Sony Computer Entertainment is using it in the upcoming God of War 3 game. Image Metrics’ technology was used to create the cinematic beginning of the game Rock Band II, which debuted this fall, and it has drawn a lot of viral attention for a demo it did dubbed The Emily Project in August. The company has about 45 full-time employees and a number of part-timers, depending on its production schedule.

It remains to be seen if Image Metrics can move up in quality level. There are connoisseurs out there who feel like the realism will never be good enough. The company competes with rivals such as Mova, a San Francisco start-up created by entrepreneur Steve Perlman. Mova uses a series of cameras to capture the surface of a face that is covered with phosphorescent make-up that reflects light. Mova’s technology can capture millions of points of detail and has been used in games such as Electronic Arts’ The Godfather and movies such as The Incredible Hulk.