A bunch of gaming, tech, media, and sports executives have banded together to acquire a respected esports team and rebrand it as the Immortals.

The team, formerly known as Team 8, will form and operate a number of professional gaming teams that will participate in esports events built around games such as League of Legends, Dota 2, and Counter-Strike. The esports market could grow from $200 million this year to $1 billion by 2018 and $1.8 billion by 2020, according to analyst Colin Sebastian of R.W. Baird. (Esports will be the subject of several panels at our GamesBeat 2015 event on Monday and Tuesday.) 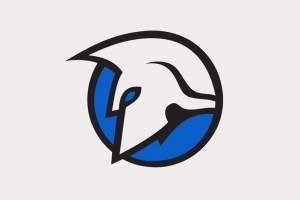 Clinton Foy, chairman of Immortals and current Crosscut Ventures managing director, said that he expects that esports will one day be bigger than the NFL and the NBA. While’s it’s a “passion project” for now, it could also turn out to be a good investment in the long term if esports continues to grow as it is. Since the investment is based more on emotion than usual, the investors are investing their personal money, rather than money from their companies.

“‘I’ve been interested in this space for a very long time,” said Levin in an interview with GamesBeat. “This felt like the right group of people and the right time. We are in early days. But this is not a hobby for those involved.”

Immortals will take the place of Team 8 in the North American League of Legends Championship Series, a professional gaming league watched by tens of millions of viewers and esports fans. But the Immortals will put their name on a variety of teams that play different kinds of games.

“The closest analogy might be the Team Penske in racing, where they race in everything from NASCAR to go-karts,” Levin said. “I think it’s a net positive for the whole category.”

Immortals CEO Noah Whinston explained his goals for the organization and the industry in a statement.

“Immortals is starting with a League of Legends team, but expect to see us expanding rapidly into other top esports like Counter-Strike and DOTA 2,” Whinston said. “We recognize that the best way to grow the Immortals franchise is to work in conjunction with other team owners across every title to help the entire eSports ecosystem expand in a healthy way. We look forward to industry-wide conversations about sustainable business practices, competitive regulation, and player treatment and representation.”

“Esports and its legions of fans are a key audience for AMD, which makes our partnership with Immortals both important and exciting,” said Roy Taylor, corporate vice president, alliances and content at the Radeon Technologies Group at AMD, in a statement. “As a leading designer of graphics processing units and essential technologies for esports gamers of all levels, we are looking forward to future endeavors with the Immortals franchise.”

Immortals is still forming its roster for future League of Legends tournaments. Foy, former chief operating officer of Square Enix, said that most of the investors are based in Los Angeles, which is becoming the world capital for esports.

Levin is speaking in a fireside chat at GamesBeat 2015 on October 13.