How’s this for improbable?

Online gaming world enabler Improbable has raised $502 million in a second round of investors, including SoftBank. Improbable has created an operating system, SpatialOS, that marshals the power of cloud computing and distributed platforms to enable even small studios to develop games with giant worlds.

The London-based company showed off a few of those games at the recent Game Developers Conference (GDC).

CEO Herman Narula told me in an interview at the time that the company has launched its open beta for SpatialOS.

Developers working on SpatialOS-based games include Worlds Adrift, the upcoming game from Bossa Studios; Chronicles of Elyria by Soulbound Studios, a massively multiplayer online role-playing game built with the Unreal engine; Seed by Klang, a game of planetary settlement set in a shared, persistent world, created by a team including former senior CCP (Eve Online) employees; Lazarus by Spilt Milk Studios, a multiplayer top-down 2D shooter set in a huge galaxy populated by artificially intelligent alien factions locked in a war for territory; and Vanishing Stars: Colony Wars by Ninpo Game Studio, a new type of massively multiplayer real-time strategy game, played across thousands of star systems, each with their own planets to battle on.

Deep Nishar of SoftBank has joined the Improbable board following this investment, which sees SoftBank taking a non-controlling stake in the company. Earlier investors Andreessen Horowitz, Horizons Ventures and Temasek Holdings also participated. Improbable had received $20 million in a first round of funding from Andreessen Horowitz in March 2015.

Solina Chau, founder of Horizons Ventures, said in a statement, “Having backed Improbable from the start, we continue to see huge potential in the application of its technology, both for solving real-world problems and in changing the future of the games industry. Improbable is an exciting, ambitious company that we’re honored to be a part of.” 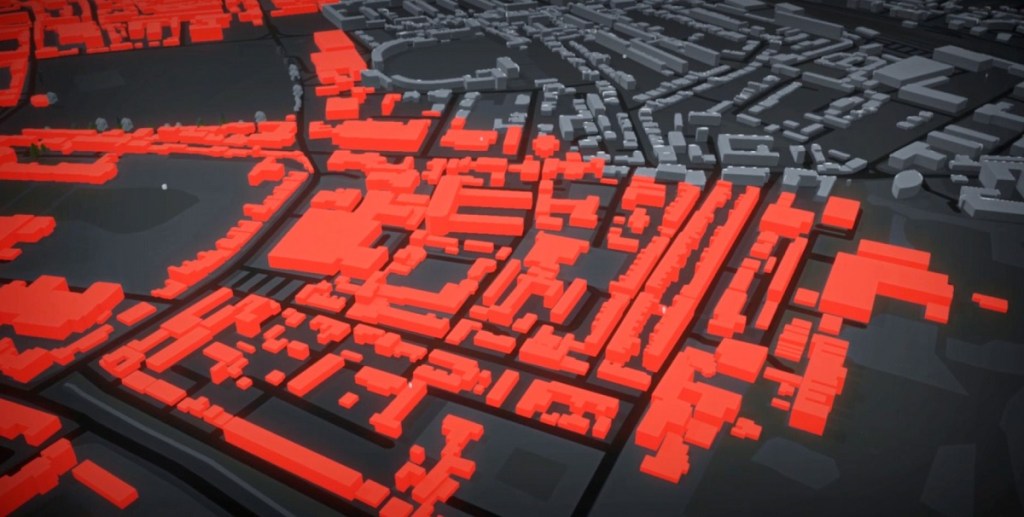 Above: Improbable enables big game worlds, and other applications too.

The company said the investment will give it an opportunity to expand operations significantly in both London and San Francisco, as well as further develop its technology and continue to develop a vibrant ecosystem of developers and customers. Alongside the investment, Improbable will explore and identify opportunities for mutually beneficial relationships with SoftBank, its partners and portfolio companies.

“We believe that the next major phase in computing will be the emergence of large-scale virtual worlds which enrich human experience and change how we understand the real world. At Improbable we have spent the last few years building the foundational infrastructure for this vision,” said Narula in a statement today.

Above: Improbable helps applications deal with massive amounts of data.

Founded in 2012, Improbable recently announced a partnership with Google to create the SpatialOS Games Innovation Program with Google Cloud, which will enable developers to build huge, persistent online game worlds.

Narula added, ““The global games market is already huge, and we believe that far more growth is possible. The kinds of games enabled by SpatialOS — multiplayer games allowing players to form meaningful relationships with games worlds and with each other — will be category-defining, and attract new audiences. This investment reflects the potential size and importance of the market for this next generation of games and, ultimately, how massive-scale virtual worlds could become fundamental to how society works. SoftBank is a perfect partner for us, with many complementary investments in their portfolio. This investment will allow us to take the big, bold steps needed to fully realize our vision.”

Back in March, Narula said that SpatialOS could be used for other applications beyond games, and no doubt that’s why SoftBank is interested in the company. He said that user-generated games will be an ideal application for Improbable technology. Worlds Adrift already has thousands of user-generated islands that float in the sky of the game world.

As for the game worlds, he said, ” We’re excited by how fast things are moving. It’s validated our thesis that if we can get the stack out there as a platform, developers will be able to build bigger games quicker.”