IMVU was founded in 2004, back when virtual worlds like Second Life were the hottest thing. They’re not as hot any more, but IMVU has figured out how to survive and adapt. And now it’s getting ready for the renewed excitement about virtual reality.

The Mountain View, Calif.-based company has had more than 111 million people register over time, and it still has 3 million monthly active users. Those users create their own 3D characters, or avatars, and build static 3D rooms where they can entertain friends in a kind of virtual metaverse.

It isn’t full of interactivity or movement of 3D animated figures like you would find in a game. But all of IMVU is already formatted in a way that it can be viewed in virtual reality via goggles such as Facebook’s Oculus Rift. I visited the company recently and saw demonstrations of the VR environments.

“Creativity is really at the heart of the world for us,” said Brett Durrett, chief executive of IMVU, in an interview with GamesBeat. “We see that virtual reality can be the future of social. We call it social VR.”

VR is going to be one of the bets that Durrett is making for the social world of IMVU, and it’s one of his interesting moves since taking over as permanent chief executive last year. He joined the company in 2005, and he replaced previous CEO Cary Rosenzweig. 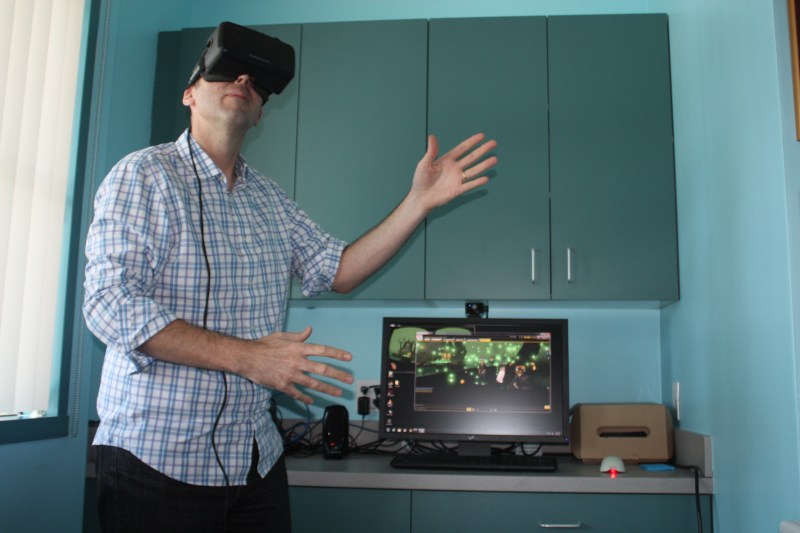 As with competitor Second Life, IMVU makes money through transactions that its users do in virtual worlds. Someone may create fashion items like some cool blue jeans, and others may buy them. The users themselves can make real money from their virtual creations, and IMVU takes a cut. That model has been improved this year, where creators — who are roughly 10 percent of the population in IMVU — are directly compensated for their creativity.

This business model has enabled IMVU to survive where other virtual worlds failed. But it has to make sure that it offers its users the right palette for their creativity. And that’s why the company is working on creating a cool virtual reality experience.

Mass adoption of VR headsets is a ways off, as the Oculus Rift isn’t expected to debut until the first quarter of 2016. But IMVU is creating the underlying technology so that everything in IMVU looks better in VR.

Durrett showed me some rooms where you can click around and move through rooms that are rendered in 3D. It’s easy to create your own rooms by using some of the 20 million items in the IMVU library — many of them created by IMVU’s users. Durrett showed me some of the rooms he created, such as a campfire where his avatar and several others gathered in the middle of a forest. 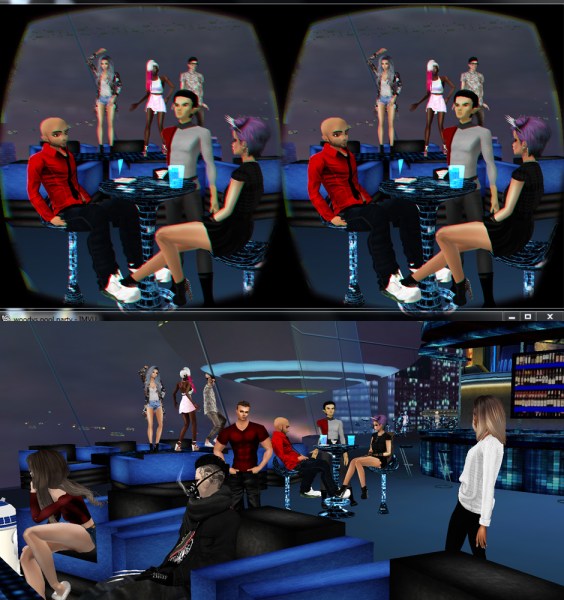 Above: IMVU, viewed stereoscopically through a VR headset.

Users are creating more than 10,000 items a day in IMVU. Users mash-up those items, and that’s how you wind up in places like a beach with a full-size rollercoaster at water’s edge. Lots of the rooms are pretty to look at, like a room full of green fog, fireflies, lanterns, and a boat ride that is reminiscent of the Pirates of the Caribbean ride at Disneyland.

It looks reasonably good as a static experience. There’s no physics engine that gives the objects in the rooms the appropriate motion and interactivity. But IMVU runs on just about any hardware platform, including iOS and Android smartphones or relatively old PCs.

And as IMVU improves the quality of the 3D platform, the creators in its creator economy will be motivated to build their own objects that will look better in VR. Over time, IMVU plans to add capabilities that are more interactive or game-like. There are some improvements that have to be made, like making sure that every 3D item looks good when viewed from multiple camera angles.

“If you can build a game that is more fun than pants, which people make money from selling, then you’ll be in a good shape,” Durrett said.

Durrett believes that VR will make the world of IMVU more immersive. 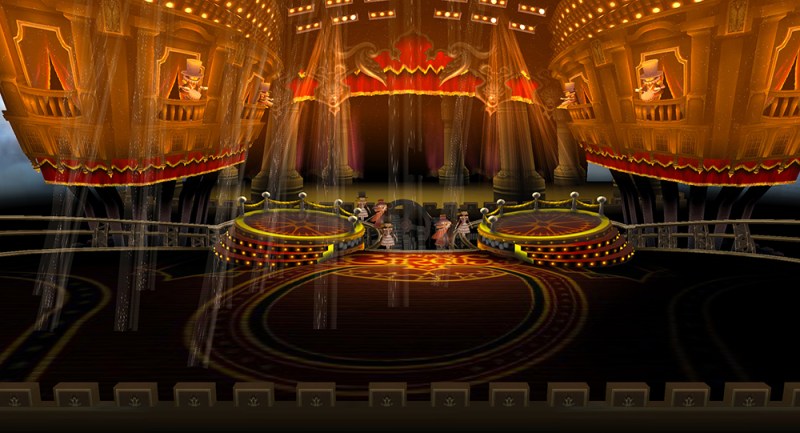 Above: A cool room in IMVU

IMVU is already pretty “sticky” as far as virtual experiences and self-expression go. Fans visit for long hours, and they find that long-term friendships and even marriages result.

“Your avatar lets you be 110 percent of yourself,” Durrett said. “You can step out into this space and feel the immersion and get a visceral connection.”

Linden Lab, creator of Second Life, is also optimizing for VR, and it is working on a new world as well. But IMVU is trying to figure out how to adapt its existing rooms so that they work well in VR.

“People have been talking about high-end VR experiences, like going to a basketball game in VR,” Durrett said. “But those are heavyweight experiences. But here, you can hang out and do it in a lightweight way. It’s not clear which technology would be the winner. But we are on track to deliver immersive VR experiences.”

He added, “It’s exciting to see this go in this direction. We want to make it polished in VR and run on low-end hardware.”

We’ll see if IMVU can adapt to this new world. It has 150 people, and it has raised $55 million to date. If the users take to VR, then the company can plan on being around for the next generation of social. 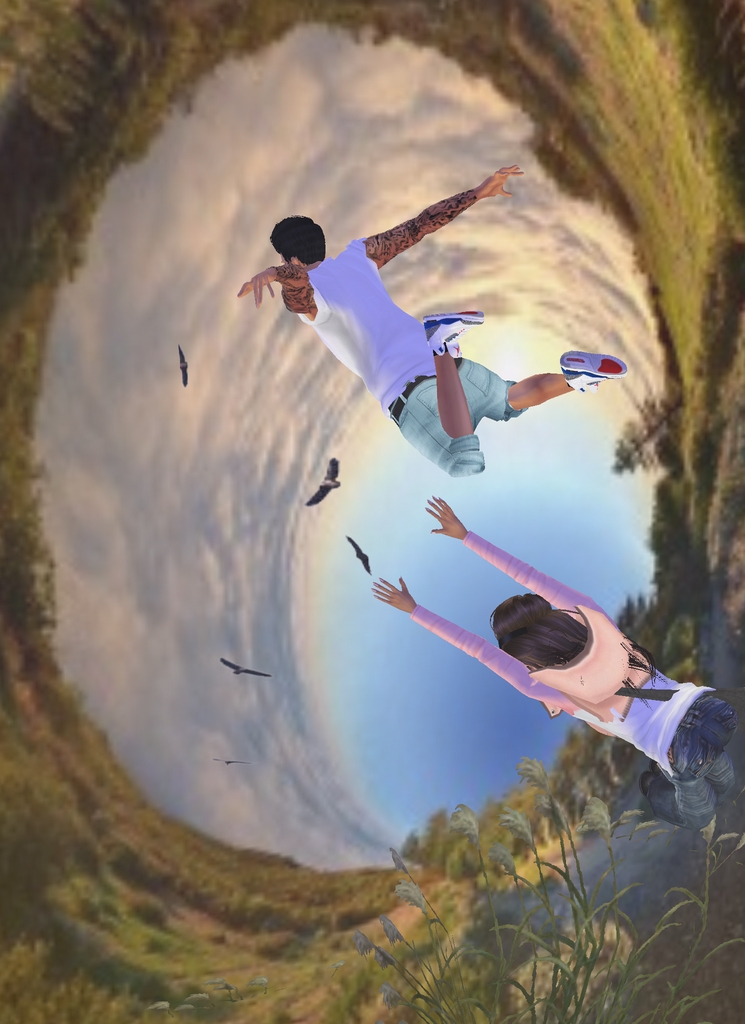