SAN FRANCISCO – At GDC today, execs from an African game studio talked about the 55 countries, 3,000 cultures, and myriad languages that make up their “target demographic.”

Leti Games’ CEO Eyram Tawia and CTO Wesley Kirinya spoke as part of GDC’s localization summit. As with game technologies around the world, vast improvements have been made since the early 2000s.

Today, web games from Africa’s west coast are becoming a bigger deal, and mobile games are becoming huge around the continent, Kirinya said. 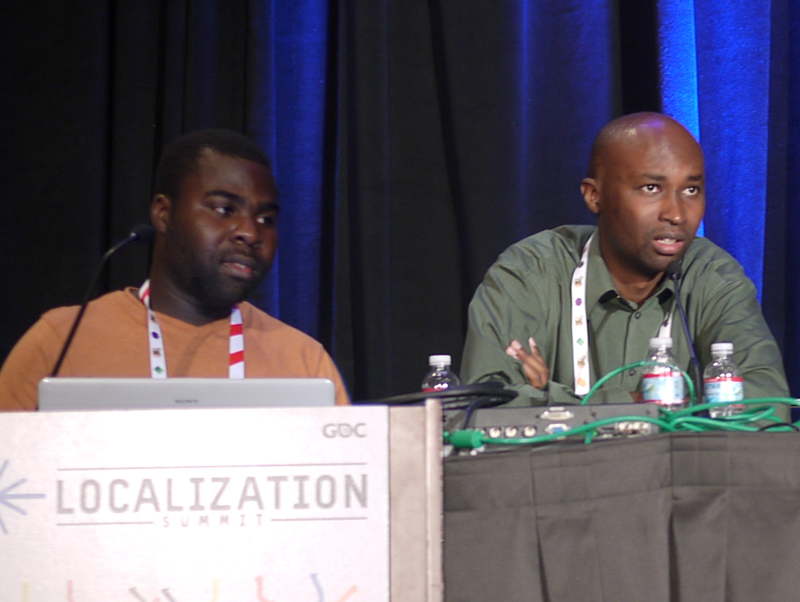 Hundreds of millions of Africans have no Internet connections at all, the team revealed. But the connections that do exists come in the form of web-connected feature phones and, to a lesser but growing extent, smartphones. “Android is huge,” said Tawia, “so most developers try to learn Java.

Moreover, these mobile devices, which so often serve as a person’s only connection to the web and games, are a huge economic force. In Africa, mobile payments are a $61 billion market (compare that to $30.5 billion in in Europe and North America combined).

“People do not have credit cards; mobile is the preferred way to do payments, from shopping to paying bills,” Kirinya said.

Internet bandwidth is also picking up speed in the continent, he said.

These studios, Kinyara said, focus on developing games for the countries in Africa. But to create titles for such a diverse diaspora is a challenge.

“We look at the blocks in the continent,” he said, starting with the obvious first roadblock of language. Colonization means that a handful of European languages were adopted around the continent in the 1700s and 1800s. So building a game in English and French first makes sense, moving into Swahili later, and leaving many other African languages as a long tail to tackle in the long run.

Numbers are generally lower in Africa; the Leti team said that one of the top games in the continent has 6.850 downloads with 20,000 games played every day.

“It’s hard to get Africans to play, because they can’t access the app stores,” Kirinya continued, noting that distribution channels are improving. Partnerships with mobile carriers are likely a more profitable route for local game studios, he said. Other opportunities include paid custom development, which can yield around $5,000 per platform for a mobile game.

Tawia talked a bit about game verticals and genres that are popular in the continent. Many games, he said, are serious in nature, revolving around civic education or career development. Casual and puzzle games are also popular, but games are universally simple.

“First-person shooters, action-packed bloody games are yet to come, “ he said.

Game devs, he noted, are overwhelmingly male, with only one woman to every hundred male attendees at a local game development conference.

Outside organizations such as Meltwater and the British Council help to foster and fund entrepreneurship and creatives in the continent. Still, creative talent for graphics and writing remains scarce, Tawia said, and developer resources are limited. As a result, studios often end up training less-qualified people in their own networks rather than cherry-picking a new hire from a pool of highly qualified candidates.

Still, the Leti execs are hopeful for the future of African gaming and developers. They see games as a way to retell local legends and stories, casting them in an attractive, modern light and bringing a new excitement and pride to African mobile users. Imagine a pharaoh as a Marvel-style superhero, for example, or the traditional figure Ananse as a Spandex-clad African version of Spider-Man; Leti did.