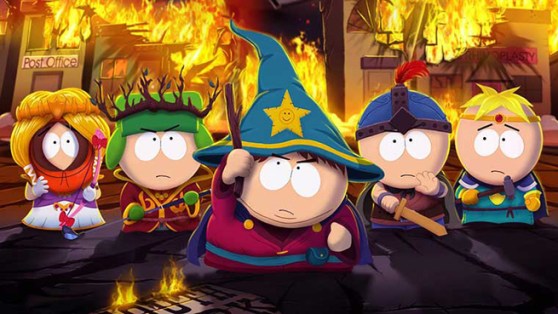 Jesus Christ, you’d think somebody in South Park would look back on their community history and say, “Y’know, maybe a town-wide, fantasy live-action role-playing game will spin into a major calamity before I even finish this sentence.”

If someone did, they were right.

Jumping into an early game, hands-off demo of South Park: The Stick of Truth (due this year for Xbox 360, PlayStation 3, and PC), that friendly LARP had transformed South Park Elementary into a high-fantasy war zone. Players take on the role of “The New Kid,” an agent of destruction sent by Imperial Wizard Eric Cartman — a title fairly appropriate for Cartman and less appropriate for anyone else not affiliated with the Klu Klux Klan — to infiltrate the elves’ stronghold and find the fabled Stick of Truth before its pointy-eared guardians, Stan and Kyle, beat him to it.

And what makes the New Kid special? Why is he the Chosen One? The Dragonborn? Well, he farts. Really, really well. And he’ll need every ounce of gassy PSI he can muster, because the elves are ready for him.

“You’re fighting for a tyrant, but I know there’s good in you,” urges Stan over the school’s PA system. “Stop fighting for your evil lord! Free yourself from his control!”

It doesn’t take long for the New Kid and his wingman, Butters, to run into some opposition carrying wooden swords and baseball bats with nails. “Uh, are you gonna rape us?” asks Butters.

No. But that’s just about the only place The Stick of Truth doesn’t go in just a short, superscatological 15-minute ride. The New Kid nails enemies with big, green clouds of foulness, ignites his own cupped farts to hurl fireballs, and collects his own turds from a urinal to use in a superattack down the road. Burritos are his mana, and more than once, he revives a downed Butters with the Power of Tacos health buff. Butters is back on his feet just in time for Stan’s gay dog, Sparky, to attach with the leg-humping Call of the Wild attack.

OK, fine. Technically, South Park: The Stick of Truth does have a little rape. 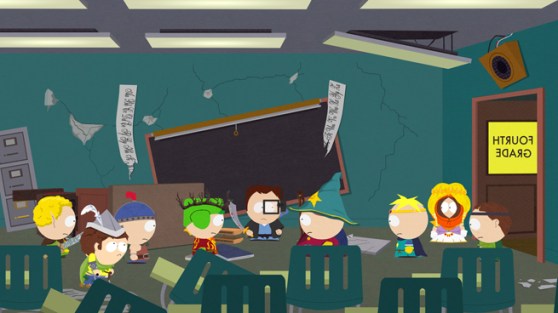 And going places others can’t reach is pretty much what South Park creators Trey Parker and Matt Stone have done for the last 16 years. That’s one quality they definitely brought to The Stick of Truth by both writing and voicing the game for developer Obsidian Entertainment. For its part, Obsidian — the studio founded by the team behind seminal role-playing games such as Fallout and Planescape: Torment — brought the genuine South Park to a video-game format for the first time ever. The most amazing thing about The Stick of Truth, hands-down, is how anyone watching others play will easily mistake it for a normal episode of South Park. The characters and their simple animations look exactly like they do on television. It’s an exact translation.

That includes a nice dose of social commentary. South Park serves as one seriously biting satire, after all, even if it presents the message in a purposely offensive, highly juvenile manner. The New Kid can make friends with other kids to increase his power, and he’s the only one who can bring factions like Girls and Goths together in a common cause. And yes, he does see the light and turn on Cartman, who takes it about as well as you’d expect.

“Oh, you motherf***er!” says Cartman. “I thought what we had together was real, douchebag!” 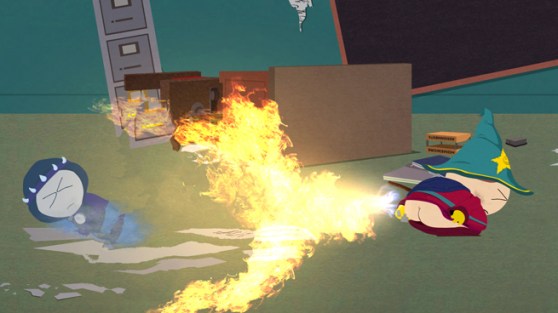 It turns out secondary player Clyde Donovan has already taken the Stick of Truth. Worse, he’s got a barrel of toxic waste, and he’s using it Re-Animator-style to resurrect cats with Nazi armbands and German accents. “I shall raise an entire army of darkness,” Clyde gloats, “and kill the Earth!” The gang, of course, isn’t having that.

No, it’s not James Joyce, but one of life’s truths is that you never really outgrow a really good fart joke. The Stick of Truth has a lot of ’em. I can’t vouch for the gameplay, but speaking purely as an observer, I went on down to South Park and had myself a time.