India’s Reliance Games is learning fast how to be a global mobile gaming company, and it’s adapting its strategy so that it can make or find great mobile games quickly.

The Mumbai, India-based company, a division of a larger conglomerate, has already grown at a fast clip since 2011, thanks to movie-based licenses that have paid off. Reliance’s film-based mobile title Real Steel, has generated more than 64 million downloads to date on iOS, Google Play, and Amazon.

Manish Agarwal, chief executive of Reliance Games, has built a “mobile first” studio with a couple of hundred developers. He is also looking for third-party titles from small developers, and he’s testing them thoroughly before committing to worldwide launches.

Not everything is working right. The company didn’t have enough time to turn out a stellar title based on the The Hunger Games: Catching Fire. That game didn’t take off, even with the movie tie-in. Still, Agarwal’s ambitions are big, and he is still looking to acquire Western developers or publish their games.

I caught up with him in a recent interview. Here’s an edited transcript of our conversation. 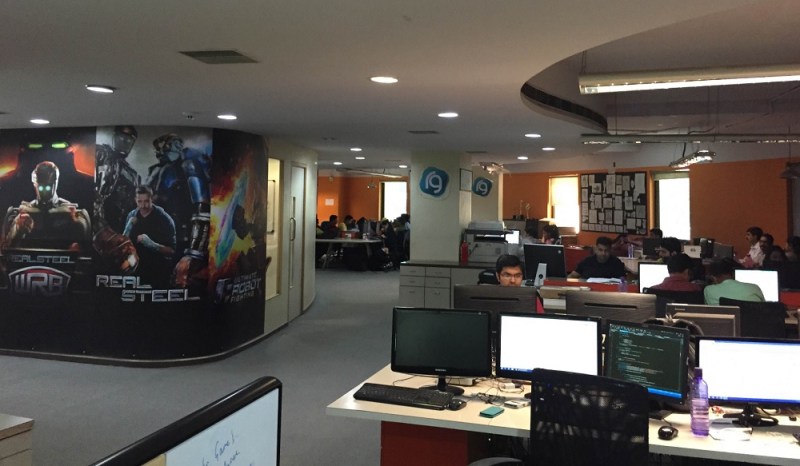 Above: Reliance Games office in India.

GamesBeat: Remind me how recently you got your publishing business going. How much have you moved into it now?

Manish Agarwal: When you and I met last in Helsinki, we were looking at augmenting our slate through this publishing business beyond the first-party work we do in India. We’ve split our publishing into two compartments.

What we were trying to do last year was work with developers on finished games to do certain changes, certain scope work, and then launch into country testing. That would take two or three months of a developer’s time and effort. We’ve made a slight change in our strategy on that front. We’re now taking a game and looking at a minimum amount of changes, if any are needed at all, and quickly doing country testing. If the results are good, then we get into a discussion with the developer about the scope of work for the global launch. If the country testing is not feasible, then we return the game to developer.

That does three things for us. One, it ensures we don’t waste the developer’s time doing changes that aren’t needed. Second, the developer doesn’t feel cheated after two, three, four months if the country testing doesn’t go well. And particularly, publishers don’t want to launch a game and spend money on UA. It’s a very transparent process. Developers like that transparency. We take the risk of user acquisition (UA). If the game does well, then we can have a discussion.

The third thing that helps in this matter is accelerating the whole sign-up process. Having a discussion on the scope of work requires a lot of time on the developer’s side and on our side, which slowed things down. It’s a simple change in strategy, but ultimately in our business, if the key performance indicators (KPIs) are closer to what you think you can manage — retention, monetization — only then does it make sense for us to spend time on development.

The second part, we have developers who are coming either with ideas or games in the prototype stage. If we like the gameplay and they have a defined design document that we think is going to work, there we do two things. Either we invest in the development of the game, or we might have a movie or TV intellectual property (IP) that we think fits in beautifully with the design of the game. If the game is at a stage where changes in the art and introduction of a new IP could work, then we work quickly to figure out an IP combination. That’s what we’ve started doing as a second strategy, to catch games at a lean phase of development and become a co-development partner and invest in the development process. 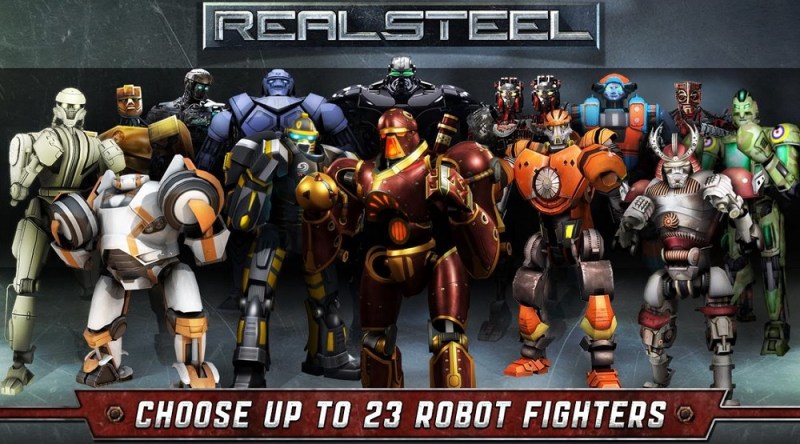 GamesBeat: That sounds pretty disciplined. You must be getting a lot of inbound interest from game developers.

Agarwal: We are. Our promise to developers is 48 hours of turnaround. From a publishing point of view, we have a user network to provide an audience. We’re expanding into three or four more new genres — builders, real-time strategy (RTS), and role-playing games (RPGs). We’re building our own variations on different multiplayer systems that we can use in different genres. For us, we’ve quickly filled out the genres we’re looking at from a publisher point of view.

My team and I keep looking at new developers when we go to conferences and look over the inbound traffic we get. We have someone based in Poland and someone based in Finland to tap into more developers, as well as my colleagues who are already set up in San Francisco and Toronto.

GamesBeat: How many people are running this publishing operation?

Agarwal: At the top of the funnel, we have five business development guys — one in Seoul, one in Poland, one in Finland, one in San Francisco, and one in Toronto. They all report to the publishing head. Then we have a product team of three people advising, product managers who engage with developers. We have a designer, a senior producer, a junior producer, and development managers to coordinate with developers. In all, we have around 12 or 13 people doing this. Then we have a quality assurance team to support developers in detail, a software development kit (SDK) team to support our SDK, and a porting team to help developers get their games on other platforms if that’s needed. That’s another 12-14 people.

GamesBeat: It’s a small group compared to most larger companies. What kind of pipeline do you have right now?

Agarwal: We’re looking at very specific genres, as I said. We believe very strongly that the ultra-casual audience will be a big user base to acquire, especially now that smartphones are spreading in emerging markets. Those are very casual gamers, first-time gamers coming into the ecosystem. We’re targeting casual and ultra-casual guys from that perspective, and we have eight or nine games that we’ve finalized and that we’ll be publishing in the next six or seven months.

Then we have mid-core games. We have two or three builders, two RTS, three match-three, one RPG, and one racing. That’s what we’re looking at right now. 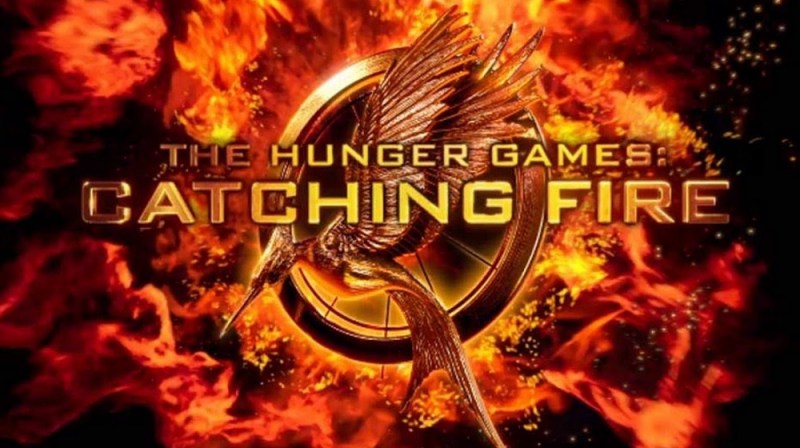 GamesBeat: You’ve mentioned that you have an advantage in your backend systems that can help out independent developers.

Agarwal: We have a couple of things. We have our own analytical platform that we’ve created in Unity with an SDK around it. That platform feeds into a player management platform. That allows them to conduct live operations built around placing variables inside the game, like difficulty. You can change all of these things and link them to push notifications, link them to a variety of things that allow you to pivot, whether it’s on devices or operating systems or countries. We can also help with the integration of user-generated content (UGC) as a part of our player management platform.

Typically we’ve seen that indies are not very good at live operations, because it’s often the first time they’re doing it. That’s where our team can help them, with managing and engaging their live users and current users.

We also have the worldwide capability of our own data cloud system. We’ve partnered with Amazon and Akamai to make sure we have scalable infrastructure available across the globe. We bring economies of scale for indies from an IT infrastructure point of view. We understand that most games in mobile are now becoming cloud-based games. They’re online games. The ability to have a client-server infrastructure and minimize latency in the game experience, that’s one thing our engineering team brings to the table for indie developers.

GamesBeat: I was wondering why you don’t use more middlemen, more outside marketing tech and analytics. There are lots of companies out there now offering this kind of thing and they claim to be more efficient compared to internally-developed technology.

Agarwal: Our platform, we started creating it two and a half, three years back. We were very early in the free-to-play space. When we looked at the cost of acquisition per year, per game, the number of users, all of that, it was becoming pretty expensive. In India, though, analytical talent and engineering talent is easy to get compared to game design talent. That’s when we started.

After we launched the platform, we decided to keep on benchmarking it. What India brings to the table is the ability to massage data and understand it pretty quickly, because of the mathematical orientation of the people out here. Some developers may not have the right skill set. That’s why these analytical companies can do this sort of knowledge process outsourcing – it’s just not in a gaming company’s DNA. But from a talent point of view, we’re in a sweet spot, so we’re using that talent.

If we need external help and a fresh perspective on a game, we obviously contract guys to look at our data and give us perspective – either for validation of what we already know, or to deal with surprises we might come across.