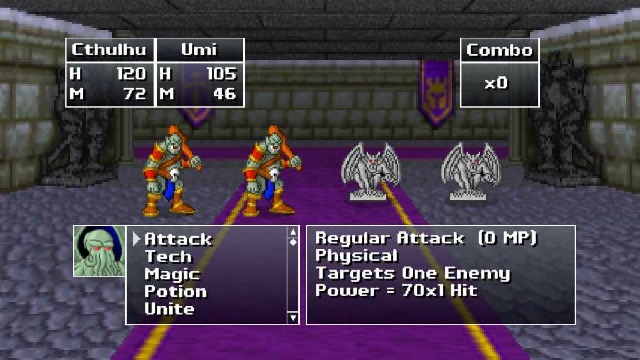 Independent video game developer Zeboyd Games recently announced sales of its Cthulhu Saves the World + Breath of Death VII combo pack sold over 100,000 copies on PC digital retailer Steam in less than four months. In contrast, Cthulhu Saves the World has sold merely 20,000 copies on Microsoft’s Xbox Live Indie Games (XBLIG) service since December 2010, while Breath of Death VII has sold 55,000 copies since April 2010. Although Zeboyd Games founder Robert Boyd says the press release was not meant to be an intentional jab at Microsoft, it seems to drive home a point indie developers have been trying to make for quite some time: Xbox Live Indie Games is a lousy way to make a living.

Boyd voiced his dissatisfaction over the poor sales of his titles on the Xbox 360 console back in July in a blog post on the Zeboyd Games website. He said while both of his titles have sold well compared to other games on XBLIG, he thought the games could sell a lot better with a better platform and more visibility. “The sales for Cthulhu Saves the World were particularly disappointing – we put a lot of heart and soul into the game over a significantly longer period of development time and yet that extra effort didn’t result in a similar increase in revenue,” he said. 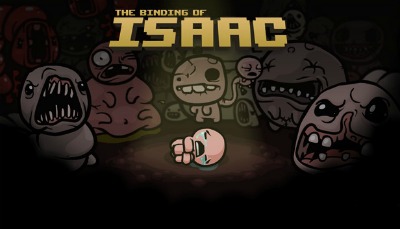 Since releasing its titles on Valve’s Steam digital game distribution service on the PC, however, Zeboyd Games says it is ecstatic at the amount of success it’s seen. “The days of worrying over whether or not we could support our families while making games we would want to play ourselves are behind us. Counter-intuitive though it may be, there is obviously a definite audience for quality console-style [role-playing games] that are aggressively priced on the PC.”

Full told, there are 2,177 games listed in the indie games section of the Xbox web site. Microsoft says that indie game makers should market their own titles aggressively.

“Just like any other studio that makes games for Xbox, independent developers must put marketing efforts into their games in order for them to be successful,” said Pete Isensee, principal program manager in the Xbox Advanced Technology Group at Microsoft.

But another developer who agrees with Boyd is Edmund McMillen. As co-founder of independent game developer Team Meat, which released last year’s critically-acclaimed platformer Super Meat Boy, he’s published titles on both the PC and Xbox 360 and sees Steam as the dominant platform for indie games.

“It’s very easy to use, it’s free, it has more games than any other distributor and they are extremely indie friendly. There’s really no contest there,” he said.

McMillen’s latest game, The Binding of Issac, an action role-playing game shooter loosely based on the Biblical story, was released on Steam on Sept. 28. He says it has sold around 200,000 copies so far. “Sales have been quite high, especially for a game that is so odd and alienating,” he said.

A matter of quality

As a section within the larger Xbox Live online gaming service, Indie Games originally launched in 2008 under the name Community Games and can currently be found in the Games & Demos section of the Xbox Live Marketplace. It is generally viewed as an easy way for developers to create and sell their games on the 360 console. There’s no need for a big studio, a large budget, or even formal training. Anyone with enough passion, time, and willingness to learn can potentially code and publish a game there using Microsoft’s free Software Development Kit and XNA tools after undergoing a peer review process. But Boyd says Microsoft’s failure to adapt its tightly-controlled approval system is a major problem.

“If this resulted in a higher quality library of games, it’d be fine, but it’s not,” Boyd said. “Although there are usually only one to three new games on Xbox Live Arcade released each week, I can’t say that the quality is any higher than the average week on Steam (which tends to release games more frequently). In fact, a few of the XBLA releases are downright awful.”

“The Xbox Live Indie Games service has fans at Microsoft that have done their best to help it succeed,” he added. “Microsoft has run dashboard ads for the Indie Games Uprisings (promotions that were originally started by developers) and has run ads for various individual XBLIG titles as well. In fact, our own games were given a fair bit of promotion on Xbox Live in October. However, despite this, there’s a definite feeling that Indie Games is Xbox Live Arcade’s ghetto and so the service and the individual games don’t get as much attention as developers would like.”

Boyd spearheaded the Indie Games Winter Uprising last year in an effort to draw more attention to the indie games community and the quality of their work. This summer, a second Uprising attempted to do the same. One of the games showcased during the promotional event was the platformer Cute Things Dying Violently, the brainchild of 27-year-old programmer and game designer Alex Jordan. Jordan says his title has done well since its release on August 24, selling over 17,000 copies, and sees XBLIG as a great learning experience for developers. However, he thinks the service’s inability to filter the good titles from the bad is a real problem. “The result is that people who approach XBLIG with fresh eyes see mostly crap and become jaded from there on out,” he said.

Jordan says he’d love to get Cute Things Dying Violently on Steam and calls the PC “ground zero for the rebirth and run-amok success of indie games.” By his own calculations, he says only four of the 24 developers who participated in the Uprising events are still creating games for Xbox Live Indie Games. Everyone else has moved on to PC or mobile.

It’s not a case of “if you build it, they will come” 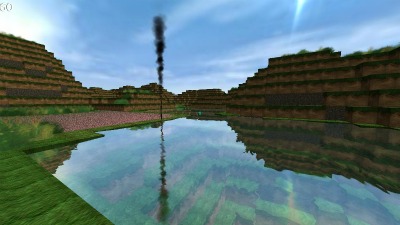 It’s certainly not impossible to find commercial success on Xbox Live Indie Games. FortressCraft, a sandbox building game released in April by Projector Games, is currently closing in on 600,000 copies sold, according to designer Adam “DJArcas” Sawkins. “That’s around 1.8 million dollars in gross,” he said.

Having shipped 11 games on XBLIG so far, Sawkins says persistence is most important when it comes to indie success. He also says while Microsoft’s choice of dashboard promotion sometimes baffles him, marketing is not the company’s job. “The dash space is very limited, and a very successful indie game might bring in a whole $50,000 in revenue,” he said. “Why would Microsoft give up space for something that might bring in a quarter million for an indie game that might only sell 1,000 copies?”

Microsoft recently posted a tip sheet for developers looking to raise awareness of their titles in the press, and Isensee says the upcoming Xbox 360 dashboard update on Dec. 6 will provide improved ways for consumers to find games from the indie community.

“Indie games on Xbox 360 are generating a growing revenue stream for developers,” Isensee said. “In fact, the average revenue for the top 50 indie games is now well over $100,000 per title. When you consider the increasing install base of Xbox 360 consoles (over 960,000 consoles were sold in the U.S during the week of Black Friday 2011), it’s clear that Xbox LIVE Indie Games is a great opportunity for developers.”