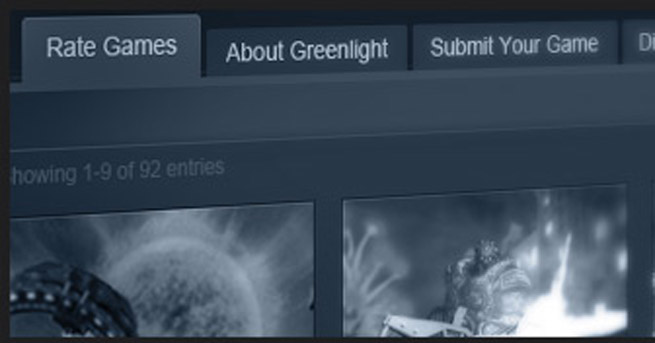 Left 4 Dead and Portal publisher Valve officially unveiled the new service Monday, calling it an “incredible level of added exposure for new games” on the popular Steam platform. The service shows that Valve is paying attention to critical issues such as judging demand for games and helping developers get noticed.

Debuting August 30, Steam Greenlight gives indie devs the chance to convince the community that their titles should be published on Steam. They provide videos, screenshots, and a written description of their games, and in return, Steam users rate these projects and give feedback.

Speaking to GamesBeat via email, Dejobaan Games’ Ichiro Lambe says it’s potentially a great complement to Valve’s existing process. “The Steam review team’s biggest problem right now seems to be volume,” Lambe says. “They receive an overwhelming number of submissions during a week. Playing through each of them would be a full-time job for dozens. Ideally, Greenlight will help highlight the hidden gems that might otherwise fall through the cracks.”

Lambe says he was one of a handful of independent developers Valve flew to its home in Bellevue, Washington, to provide input on Greenlight. “They took us through the process, as planned, and let us try to knock it down. That’s roughly a dozen indie developers — people who love picking things apart just to see how they work — asking questions about everything from the overarching concept — ‘Does this help solve the problem for indies? — to the nitty-gritty, ‘What are all the ways people could game the system?'”

Abuse of Steam Greenlight’s upvoting system seems to be a common concern. Zeboyd Games lead designer Robert Boyd says, “I think it’s a great idea in theory. However, I hope that Steam has some safeguards in place against developers boosting their Steam Greenlight ratings via dubious means.”

A Valve spokesman tells GamesBeat, “We worry a lot about maintaining a good user experience for those creating value. A small handful of people will inevitably try to abuse a system like Steam Greenlight, and we’ll have some systems to deal with that. But we’re also going to be careful not to erect hurdles for legitimate users. Along with initial solutions we’ll have in place, the system will evolve over time as we get a better picture of how the community is using Steam Greenlight and what kind of potential abuses surface.”

Alex Jordan, the creator of the platformer puzzle game Cute Things Dying Violently, says Valve’s new community-focused feature is a wonderful idea despite its potential drawbacks. “It seems to mimic aspects of Kickstarter, bringing great games to Valve’s attention while still putting the final decision on Valve’s shoulders. Ideally, that’d leave it to the community to just approve the best games and cut down on the Steam submissions team’s workload, allowing them to better review pre-vetted games and hopefully spend a bit more time with them.”

He adds, “The bottom line is that this is a great opportunity for indie developers to not only publicize their projects and get a shot at Steam, but also to participate in a new and vibrant community.”