Indie game studio Czarcade is releasing a cute puzzle game called Clobbr on the iOS App Store today. It may not sound like a big deal, but we’ve followed its progress since the adorable title earned an award at game conference Casual Connect’s indie showcase last year.

In Clobbr, the player’s goal is to help a blue monster save his mouse friends from an annoying cat. It is actually quite clever and deceptively simple in appearance. Rows of blocks are arranged to guide a chain reaction from the top of the screen to the bottom. The objective is to bonk the cat on the head and let the mice escape. Clobbr is available on iTunes and Google Play.

What’s interesting is the creative burst that led to Clobbr’s development. Clifton B. was teaching a mobile-prototyping class where he was moving around pieces of paper. He came up with a game mechanic that allowed him to move rows of blocks horizontally in order to solve puzzles. That paper idea stuck with him, and he tested it by creating the game in Adobe’s Flash format. It turned out to be fun, so he turned it into a mobile game.

He met his two co-founders, Yori Kvitchko and Yoshini Gunawardena. They managed to produce the game without outside funding and finished it after about a year. Outside contractor Nathan Antony did the music, and Norman Morana created the animations. 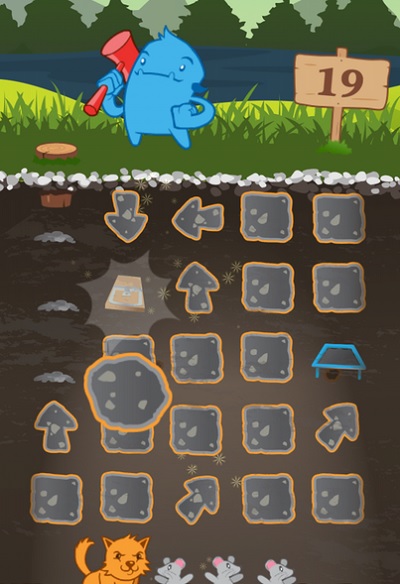 Above: Clobbr has puzzle-based gameplay.

The game is targeted at kids ages 6 to 12, primarily boys. But it also appealed in testing to women in their mid-30s and adults over 18.

Clifton B. is a user researcher and user interface designer who spent much of his career hopping from contract to contract. He got a steady job at Intel but then quit the routine so that he could finish Clobbr.

He got a boost last year when Portland, Ore.-based Czarcade won best in show at the Casual Game Association’s indie showcase event for its half-finished game.

Such awards shows have become more important in the indie market, where it’s increasingly hard to predict what will be the next Clash of Clans (a potential billion-dollar game made by Supercell in Helsinki, Finland).

Clifton B. acknowledged that some cat lovers don’t like the cat getting bonked.

“Turns out people really, really like cats and are sometimes upset by watching them get knocked unconscious over and over. Who knew?” he said.

He added, “While we don’t actually condone violence against cats, it just so happens that our next game involves keeping a cat alive by saving it from a life-threatening event every hour. Complete coincidence.”

That game will debut in March. 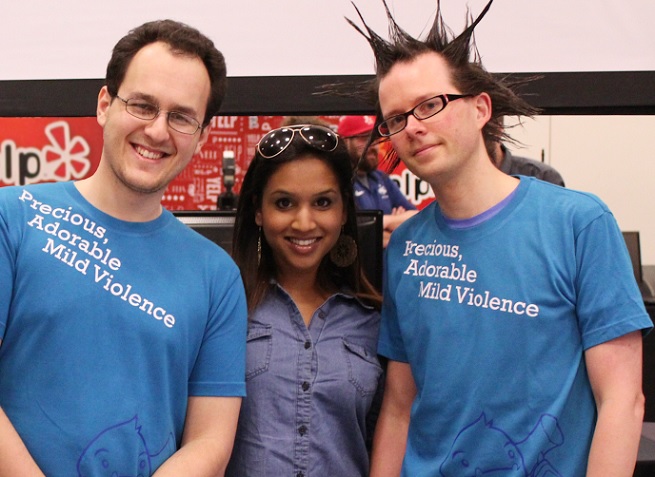