When Dave Pottinger and his longtime collaborators founded BonusXP in 2012, they didn’t see themselves as the kind of team that would work on licensed games. But seven years later, the indie studio has not just one, but three licensed games under its name, all of which are based on Netflix properties. And Pottinger, BonusXP’s president, couldn’t be happier.

“We just got access to all the finished episodes for The Dark Crystal: Age of Resistance and I can see two people on the team watching them right now,” Pottinger said during a recent interview. “We’re pulling special effects references and up-to-date character references out of those just to make the game match the show as much as possible.”

BonusXP is working with publisher En Masse to bring The Dark Crystal: Age of Resistance Tactics to consoles and PC this winter. The game is both a retelling and an expansion of the events covered in the show (which comes to Netflix on August 30). The show and the game take place 100 years before the movie, where the elf-like Gelfling clans are trying to unite against their Skeksis oppressors. While Age of Resistance Tactics isn’t the first game to portray Jim Henson’s original fantasy universe, it is the first one to use the world of Thra as a backdrop for a deep, turn-based RPG.

You can recruit up to 20 party members — from Gelflings to the cute-but-deadly Fizzgigs — to fight for you. They’ll have different attacks and abilities depending on what kind of jobs you assign them, such as Bowmaster (Gelfling archers who can fly) and Sage (magic users). In addition to leveling up, you can enhance your characters’ stats by equipping various pieces of gear found in battle.

BonusXP estimates that it’ll take around 20 to 25 hours to finish the story — but that’s just for your first time through. According to Pottinger, you won’t be able to see every mission or completely upgrade your characters in just one run. That’s why Age of Resistance Tactics will also have a new game plus mode (allowing you to restart the campaign with your characters and gear) and other features that will keep you playing and progressing your party.

“Tactics is a big-ass, beefy RPG, yes,” said Pottinger, laughing. “There’s an inordinate amount of content. It’s the biggest game we’ve ever done. We went through a short prototype process and pedaled down on content as soon as possible.” 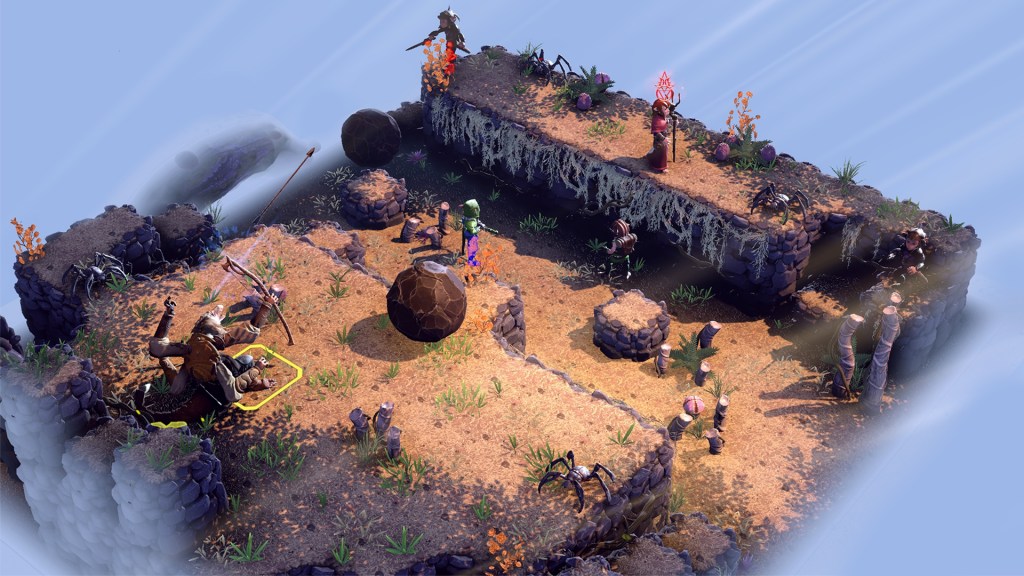 Diving into the world of Thra

Due to the success of the first two Stranger Things titles, Netflix asked BonusXP to come up with a game pitch for the new Dark Crystal series. And in a studio full of fans of the movie, Pottinger said senior concept artist Andy Cotnam is the biggest of them all. He was the one who convinced the team that the tactical RPG genre — citing the classic Final Fantasy Tactics as a heavy influence — would be a perfect fit.

In some ways, Age of Resistance Tactics is BonusXP’s attempt to take some of the best features from that game and modernize them for a new audience.

“Age of Resistance Tactics is really a love letter to old-school tactics games. You go back to Final Fantasy Tactics, and it is amazing … you mention that game to people and they just light up, like that game still is, bar none, the de facto tactics game,” said Pottinger. “To go back and make a game that’s going to try to play like Final Fantasy Tactics is fun from a game design standpoint, too.”

Unlike the Stranger Things games, which fall more into the adventure genre, Age of Resistance Tactics taps into BonusXP’s rich heritage of making strategy games — many of its employees came from Ensemble Studios, the creator of the Age of Empires franchise. Pottinger added that much of the challenge of making the game was taking genre tropes (like area-of-effect spells, jobs, and mission objectives) and “Dark Crystalizing” them so that they feel like they belong in the world of Thra.

The other challenge was the secrecy. While the developers went through that process before with Stranger Things, working on Age of Resistance Tactics at the same time as Netflix was finishing up the show required a new level of precaution. They papered over their office windows. They couldn’t bring in visitors without forcing everyone to stop what they were working on. And while Netflix sent them all the scripts for the entire season, only a few people had access to them.

“We essentially write book reports of what happens in the show, and then we go through those with the studio. And then the studio has access to those for reference as we’re concepting levels or figuring out how a cinematic is going to come together,” Pottinger said about their process. “It’s really important that we don’t spoil the show.”

Aside from the film, BonusXP also wanted to pay tribute to the expanded lore from the books and graphic novels released over the years. So the team flew to LA to visit The Jim Henson Company and talk to CEO Lisa Henson (one of the daughters of the late Jim Henson) and the creative team in charge of The Dark Crystal franchise.

“Lisa was giving us really fantastic, specific feedback, like about the angle of the Gelfling ears. Their attention to detail is immense, just like you’d expect for somebody who’s built an IP like that. Working with them is different. We’re less concerned about specific plot points in Dark Crystal than we are with the feel of the world,” said Pottinger. 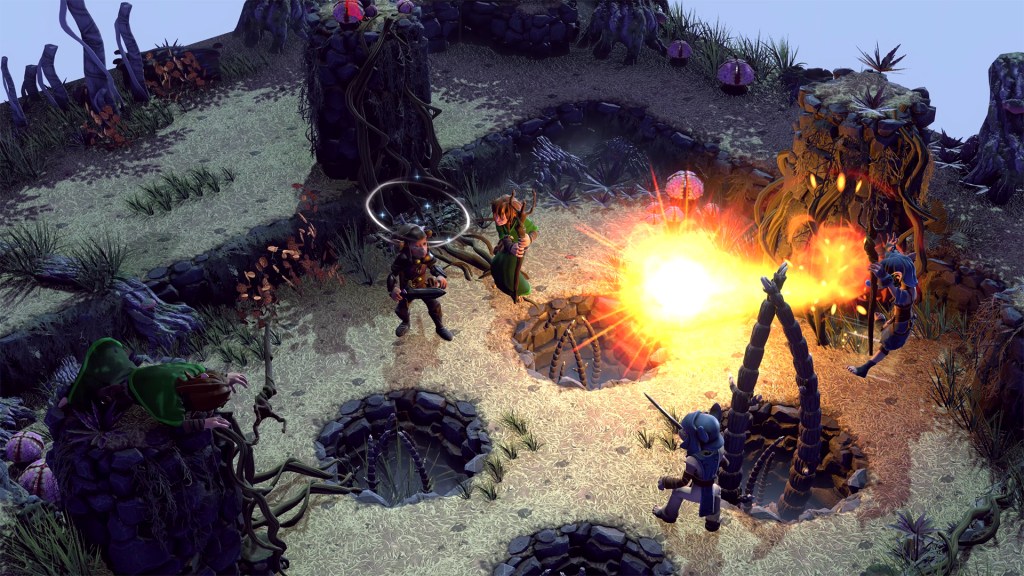 Going beyond the TV show

While Age of Resistance explores a previously untold chapter of Thra’s history, the game goes a step further by including content not seen in the new series. For example, the show introduces viewers to the different Gelfling clans that live under Skeksis rule, and Age of Resistance Tactics will flesh out some of their stories, especially those that didn’t get a lot of screen time during the 10-episode run.

BonusXP also made up brand new characters for Age of Resistance Tactics, and you can even create your own little Gelfling warrior. Overall, Pottinger said that the show’s first season makes up “less than half” of the missions in the game. He hopes that the additional content will satisfy people who are hungry for more stories — or who simply just want to spend more time in Dark Crystal’s world — after watching the show.

The ongoing development of Age of Resistance Tactics serves as a constant reminder to the developers about how lucky they are with the projects they get to work on. They were huge fans of Stranger Things and The Dark Crystal before Netflix hired them, and they want players to see that passion come through in the games themselves.

“We didn’t get into licensed IP development because it was what we thought we were going to do. We got in there because we love something so much and we were persistent in pursuing it,” Pottinger said. “And Netflix was the partner that gave us a shot.”