Indivisible is gorgeous. Lab Zero Games’ project has hand-drawn art and animation that makes it look like a playable cartoon. But this pretty game is much more than eye candy.

I played Indivisible, which is coming out in 2019 for Switch, PlayStation 4, Xbox One, and PC, at a pre-E3 event that publisher 505 games hosted in Santa Monica last month. At first, Indivisible plays like a typical Metroidvania. You explore a nonlinear 2D world. But while most Metroidvanias have you attacking enemies directly with guns or swords, encountering an enemy in Indivisible puts you into turn-based combat of a role-playing game (think old-school Final Fantasy here). 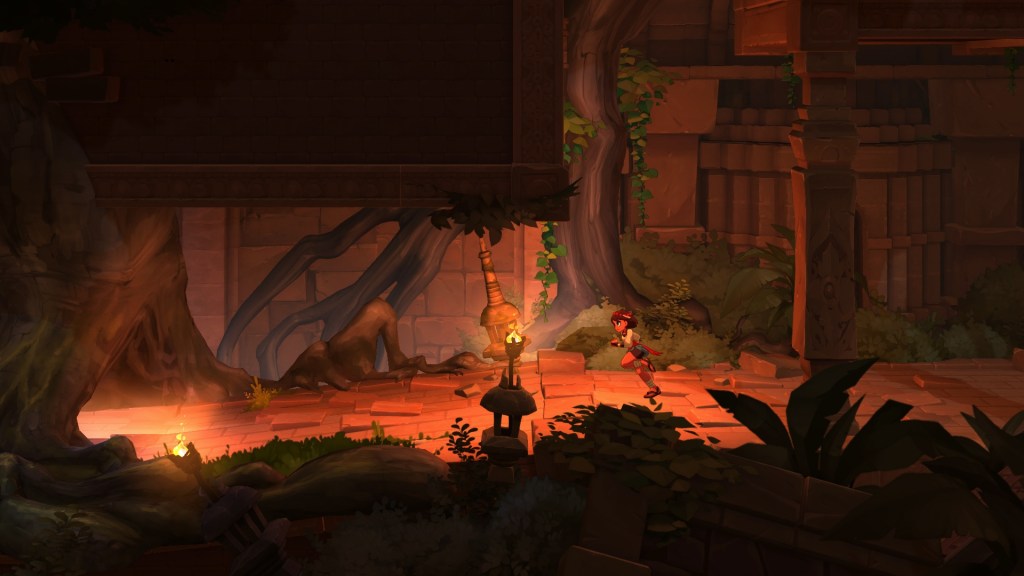 But these aren’t typical RPG battles. Your party orients itself into a diamond configuration, just like the face buttons of a controller. The characters then represent each of the face buttons. So, if you want the person on the top of the diamond to attack, you press the Triangle button on the PlayStation 4 controller.

But characters can’t attack whenever. They have action gauges that need to fill up over time to power their attacks. Each character also has different attacks. If you just press Triangle, they might do a simple axe swing. But pressing Up and Triangle could activate an ability that hits multiple enemies. This comes from mechanics we saw in the classic Japanese role-playing game Valkyrie Profile (a 2000 PlayStation game).

Some characters just have a bunch of different offensive abilities, but others have access to moves that can heal allies or weaken opponents with status effects. Some characters are especially complicated. I played as one that attacked with a rifle, but he could run out of ammo. One of his abilities reloaded the weapon.

Handling one character like this sounds easy, but the complexity comes in managing all four. You’re not just planning attacks, but you also need to defend against enemies. You also need to think about your timing. If one of your allies is using a big magic attack that hits every foe, your party member could get hurt if they rush in during the middle of it.

Even though I played Indivisible for less than an hour, I fell in love with this battle system. And, yeah, all of those gorgeous animations help. Lab Zero Games is the studio behind the indie fighting game Skull Girls, which also showcases beautiful art and cartoon inspirations. As good as Skull Girls looks, 2D fighting games are often known for their animations. It’s awesome to see that same level of detail taken to a new genre.