One of the great things about quickly expanding industries is the incredible minds that opportunity attracts.

In the year that Dictionary.com recognized esports, it should come as no surprise that movers and shakers are taking big risks and looking to the future. One of the first to capitalize on the momentum and help professionalize the industry is Drew Holt-Kentwell, formerly the lynchpin behind the growth and success of the esports task force at Team Razer.

With a career that progressed in the way most people in the gaming and esports industries could only dream of, Holt-Kentwell went from his seemingly inauspicious starts as a Battlefield player in a small clan in the U.K. and a volunteer on the pro gaming scene until he ended up at Razer. Now, after five years of shepherding Razer’s esports efforts until the high-end gadget maker became one of the most significant brands in the whole industry, he’s taking his experience and expertise public — and founding his own esports consulting company, which will be among the first esports-specific marketing consultancies in the world, and certainly the first from within the industry itself.

When I had the chance to do Holt-Kentwell’s first interview since departing from Razer and establishing his own company (Catalyst eSports Solutions), I had to go for it. Unsurprisingly, a lot of his thoughts about the future of esports and why he’s doing what he’s doing mirrored what Plays.tv’s Dennis Fong told me back in October, and it says a lot in my mind that so many people recognize what needs to happen next to make esports truly successful.

Starting from the bottom

Like most any esports professional in who got their start in the aughts, Holt-Kentwell didn’t take a straight path into a great, evolving, paying gig. A friend got him hooked on Battlefield 2 in 2005, and seeing the scale of the game, full of real players, blew him away. Or, as he put it, “That struck me as ‘pretty fucking awesome,’ to be honest with you.”

It’s funny, listening to Holt-Kentwell talk. He’s eminently professional, but he also radiates the pure enthusiasm of any of your buddies who love playing games. As he walks me through his academic history, I hear a story I’ve heard before — a student with a ton of energy, but whose scholastic passions like classics, history, and English literature (which eventually led to a degree in ancient history from King’s College) don’t necessarily lend themselves to a particular career.

These are details, though. His focus throughout is on the games and how he got hooked on esports. “I spent my afternoon hours playing publicly on a [Battlefield] server and working to build the team [22nd SAS Regiment],” he recalls. “That was the crucible for my love of esports — working for a common goal, playing a competitive game. A lot of people who play competitively now know what it’s like to play on a ladder – your nerves are running, it’s a very exciting time.”

After forming his own competitive BF2 squad, Holt-Kentwell eventually joined up with Reason Gaming, who agreed to take his team on despite a languishing scene for the game. As pro BF2 gasped its last dying breath, he was already starting to volunteer with ESL, manage Reason Gaming, and doing some opinion writing under Richard Lewis for Cadred.org — most of it voluntary, unpaid work.

“I’ve been through the same process as a lot of players today and a lot of team managers and sponsors in the space,” Holt-Kentwell muses. “Very few others in the industry can draw on the same experience I have, going through from a volunteer to forming my own company.” A part of me thinks back on the commentary from the #esportsunpaid debacle this past fall and the number of people working in the industry now who started out doing unpaid work, but in general, Holt-Kentwell’s story is unique. 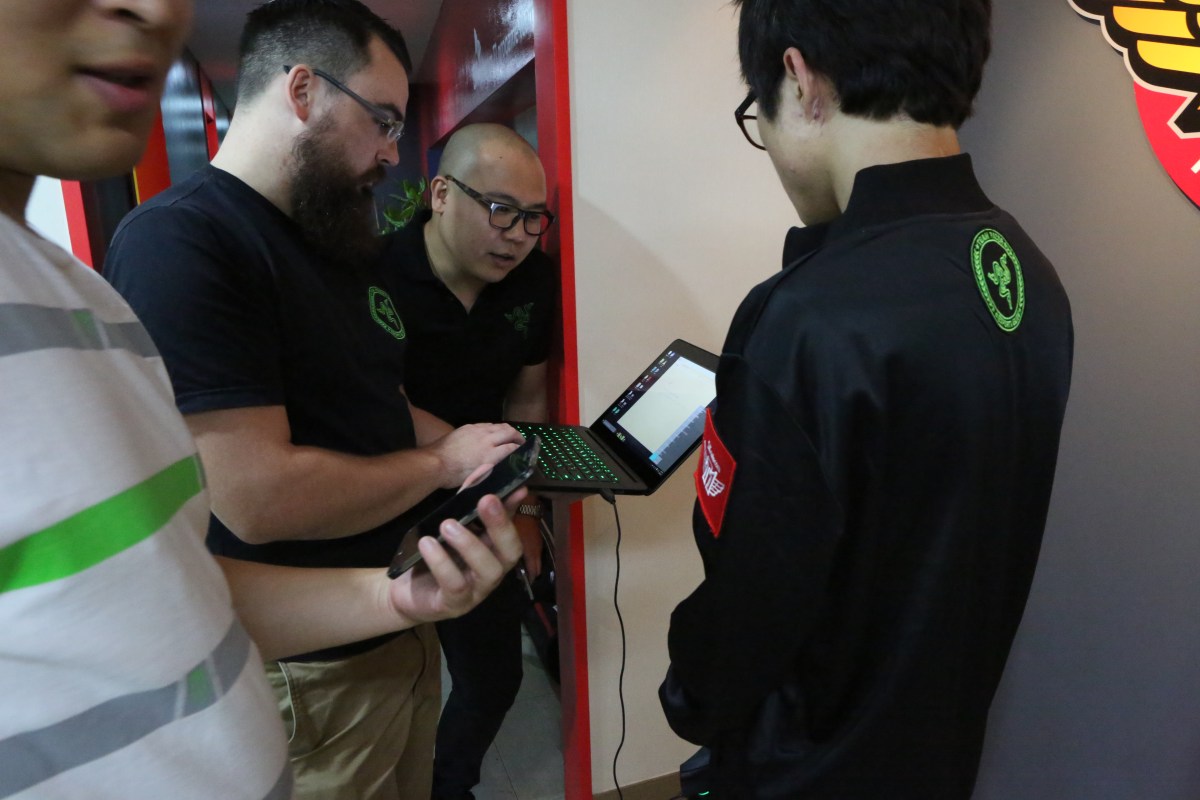 Above: Drew Holt-Kentwell (with laptop) configures a Razer Synapse for an event.

It was 2011 when Holt-Kentwell joined Team Razer. His recollection of making the jump into working in esports hit pretty close to home, as I imagine it did — and does — for most of us:

“I was addicted to playing games, and spent countless hours strategizing, writing, and running tournaments. My parents were worried about what I was up to. I tried to explain what it was and how it worked — tried showing them a game of Battlefield I had played in that had been commentated. It wasn’t very successful.”

(Mom, Dad, if you’re reading this — thanks for sticking by my crazy calling. I’m not the only one!)

Razer’s position for Holt-Kentwell required him to pack his things from the UK and move to Singapore alone. He mentions some fleeting concerns with the move and being halfway across the world from his home in the U.K. or his native South Africa, but quickly focuses the conversation right back on Razer.

“Esports had a lot of peaks and troughs up until 2010. It wasn’t really showing what it could do,” Holt-Kentwell contends. “Razer took a strategic turn to build its own esports department. Up until that point, like most companies, it [esports] had been an extension of social media — this was the first true esports department of any company at the time.” Thinking back to the barely there esports industry of four or five years ago, I’m inclined to believe him.

Holt-Kentwell goes on to describe his role within Razer, managing team accounts and working on the various in-house management, financing, and budgetary constraints of a typical sponsorship organization. “The main goal was the value exchange between Razer and the teams it sponsored,” he explains. “Razer was seen as one of the more hardcore sponsors — we didn’t just chuck them [teams] $50,000; we chased them down for deliverables.”

As he continues to expand on how Razer cemented itself as a premier brand in esports – through regional presence in major markets, the “Great Games” documentaries, major social media initiatives, and things like the VIP lounges for players and commentary staff at Dreamhack — it becomes apparent that he’s really keen on elevating esports as a whole. Razer obviously grew and profited from his talent, but he wanted that success not just for them, but for all of esports.