I’ve always been more of a Marvel guy than a DC fan.

Sure, I can appreciate the DC stars like Batman and Superman, but its universe of superheroes and villains doesn’t do a whole lot for me. This also goes for the franchise’s more recent film endeavors like Batman v Superman: Dawn of Justice, which feel like long, grim, melodramatic CG festivals. But Injustice 2 is picking up the DC story-telling slack, thanks in large part to its ground-breaking animation quality.

Like all modern NetherRealm Studios fighting games (the developer is also behind the Mortal Kombat series), Injustice 2 has a single-player campaign. NetherRealm set a new standard for story in a fighting game in 2009 with its reboot of Mortal Kombat. It features a campaign in which players take control of multiple characters as a larger story shifts its focus to each, with cutscenes book-ending each battle. 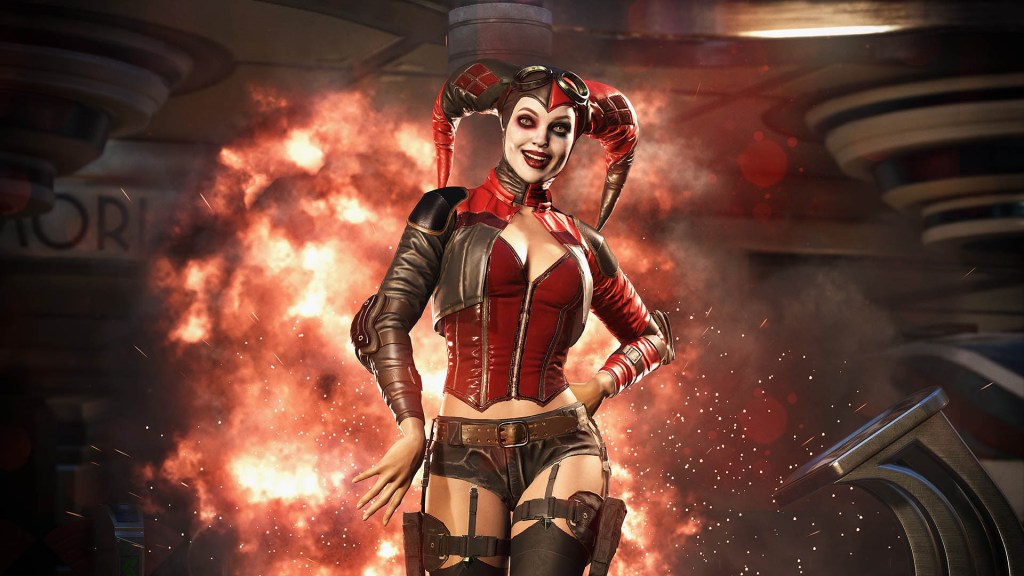 Above: Harley is all revved up.

It was a big step up from the kinds of campaigns we were used to in fighting games, which usually just had a sequence of computer fights peppered with a few cutscenes (usually just dialogue boxes). But Injustice 2 has uppercutted the bar to a new level.

Just like with the first Injustice, the sequel focuses on an alternate DC world where Superman went evil, splintering the Justice League in half, and leaving Batman as the protector of an oppressed and crumbling world. The sequel doesn’t bother with the dimension-transporting of the first one, which had multiple copies of heroes running around, many having to face down their evil counterparts.

Instead, Injustice 2 takes place entirely in this fascinating world, which turns Superman from a hero struggling to remain relevant in the 21st century to terrifying villain that we can all understand in a modern world. This Superman doesn’t have time for second chances or reforming criminals. 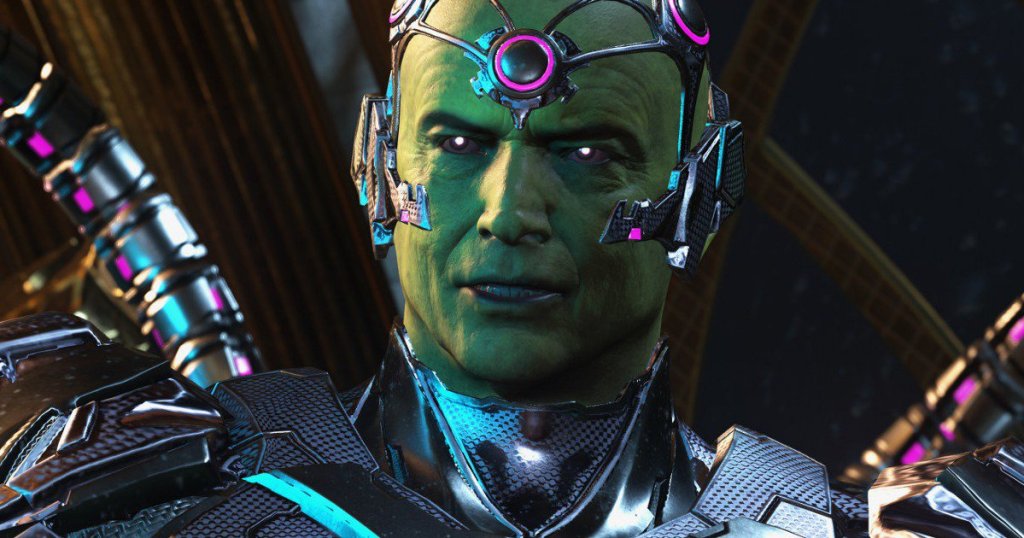 Above: Brainiac in Injustice 2.

So, yeah, the story and setting are great. And just like before, it gives you a great way to try a bunch of the game’s characters. This time, some chapters even pair some heroes up, letting you choose who you want to fight as before each battle.

But it’s the animation that makes Injustice 2 a standout game. For a long time, the industry has struggled to make realistic faces emote convincingly. Just look at what happened with the recent Mass Effect: Andromeda drama. But the faces in Injustice 2 are incredible, displaying a wide range of emotions, stretching and contorting in ways you’d expect. You can see a bit of it in the video below.

It’s the best facial animation I’ve seen since L.A. Noire, which used an advanced motion capture technique to record actors’ faces in 2011. But that game still has a problem where these expressive, kinetic faces seemed to move independently of less realistic bodies. Injustice 2 doesn’t have that issue.

Advances like this makes me excited about the future of triple-A gaming. Injustice 2’s faces look so good they almost approach the uncanny valley, but the superhero framing (with all of its flying, exaggerated physiques and features) help separate enough from reality that nothing looks off-putting or creepy. If our industry gave out awards for digital acting, the Injustice 2 cast would sweep them all.

In fact, as much of a Marvel guy as I am, I’m already wishing that Marvel vs. Capcom: Infinite could do more to compete with Injustice 2’s insane production values.