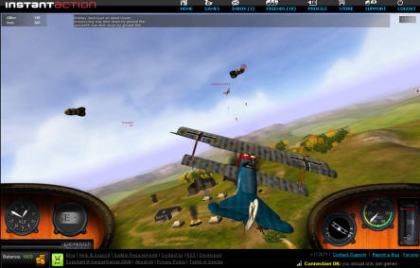 InstantAction is announcing today the formal launch of its site that lets gamers play 3-D games in a web browser.

The site will have nine games that are available for free at the outset, with a half-dozen more games coming soon. The Eugene, Ore.-based company, which is owned by Barry Diller’s InterActiveCorp, says it can convert almost any game to run in a web browser.

InstantAction was started in 2000 as GarageGames. The original company developed the Torque game development engine, which has been used to develop lots of games from the original Tribes game to InstantAction’s own Marble Blast Ultra for Xbox Live. 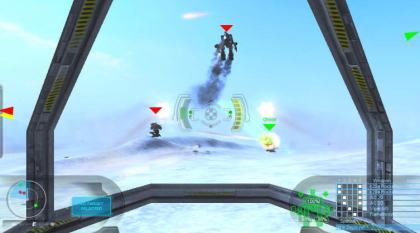 In 2007, InterActiveCorp bought a majority interest in GarageGames. In contrast to other solutions, InstantAction has a clever approach to doing browser-based games. Others require a big download of game software — or disks — in order to run 3-D games.

But InstantAction uses a lightweight 150 kilobyte download that takes seconds to download just once over a broadband connection. Josh Williams, chief technology officer of InstantAction, said that the company worked on the technology for the past four years. The company launched a beta test in March, 2008, and has been working on the technology until now. There are 1.2 million users to date. Those users have played 11.4 million games and spend an average time of an hour and 35 minutes on the site with each visit. 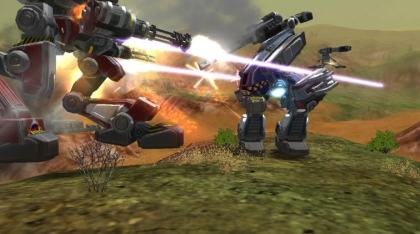 The benefits of running a game in a browser are plentiful. Since players have to log in, their identities can be verified, eliminating game piracy. The company has free games now, supported by advertising. Games can be distributed digitally, bypassing retail. And players can access their games from any location, since all they have to do is log into the site from a browser on a PC or a Mac. The games can also be improved without requiring users to download lengthy updates.

The site also has a social network for gamers. You can add friends, chat, and create game parties which can jump from one game to another. Diller’s InterActiveCorp has $6.4 billion in revenues and a collection of web properties such as College Humor.

The company is offering to let others use its technology to convert their games to run on the InstantAction site, or on their own custom game sites. Williams said it may take a couple of days of effort to convert a PC game to run on InstantAction’s site. Games from other platforms may also be converted to run on the site. InstantAction also provides server-based cloud services to game companies, such as subscription services or micro-transaction technology.

With the social network, gamers can use the site to figure out which of their friends are online or offline, what they’re playing, and to quickly coordinate. You can play games in a partial window, or fill up the entire screen with the game.

The site is competing with other publishers and developers who are doing their own browser-based games, such as id Software, which is about to launch its Quake Live online browser-based 3-D shooting game. Other high-end competitors include Valve’s Steam, Trion World Network, Riot Games, Combat Arms and others. Other rivals include Runescape, Travian, Wild Tangent, Amazon and Reflexive.

The proof will ultimately be in the pudding. Williams said that the games will have accurate physics, such as real-time collision detection, meaning that objects will behave the way their do in the real world, bouncing off each other and what not.

Andy Yang, general manager of InstantAction, believes that game developers can use the site and its tools as a test bed. They could try out a game concept on the site and see how fans like it. If they do, the developer could proceed with a high-budget version of the game. InstantAction has 100 employees, most of them working on the technology platform and some working on games.

It remains to be seen if InstantAction can really meet the quality bar that gamers expect when you tell them that they can play a game in 3-D. I played Ace of Aces on the site. It was fun, but it didn’t really meet the bar on high-quality 3-D graphics for me. It almost felt like I was playing a game from a decade ago.