Intel showed off a demo this week of WiGig wireless networking technology that can connect a high-performance PC with a wireless virtual reality headset, providing a new option for doing VR without the annoying cables.

The WiGig technology, which uses a short-range 60-gigahertz radio, can transfer data at fast enough rates to feed VR imagery from a PC to the display in a VR headset, said Kim Pallister, director of virtual reality excellence at Intel, at a press dinner this week. That’s a departure from previous plans to in putting the PC processing inside a standalone VR headset that Intel was previously calling Project Alloy. 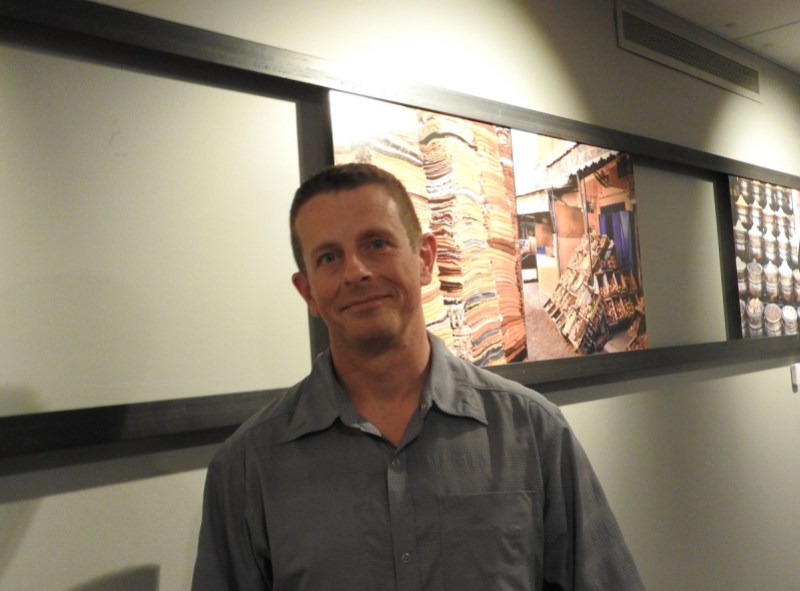 I played a VR game, Space Pirate Trainer, using the WiGig demo. There was no wire going to my headset, and a PC transferred the images to the screen in front of my eyes on the VR headset with no problems. There was an occasional hiccup in the demo as other people tried it. But what I saw with Space Pirate Trainer worked well. It’s a fast-interaction shooting game. It doesn’t have awesome graphics, but I could hit moving targets inside the VR world. (Intel has a video of the demo here).

“We’re trying a lot of different stuff,” Pallister said. “What we did with Alloy is we said, ‘Hey, we have this great sensing technology. We have this high-performance PC performance technology. Let’s see how far we can push the envelope putting it all into one form factor.’ What we realized is this is not necessarily the optimum form factor. We learned a lot of things. We think the inside-out tracking and 3D depth-sensing are absolutely applicable across a lot of VR areas.”

But Pallister said Intel concluded the best way to do the processing wasn’t in the headset. Pallister also said that there wasn’t as much partner interest in Project Alloy, and so it wouldn’t debut this year as previously expected. Intel gained more confidence in the WiGig technology and decided “the best way to deliver a high-performance PC experience is to wirelessly talk to a high-performance PC plugged into a wall outlet,” Krzanich said. 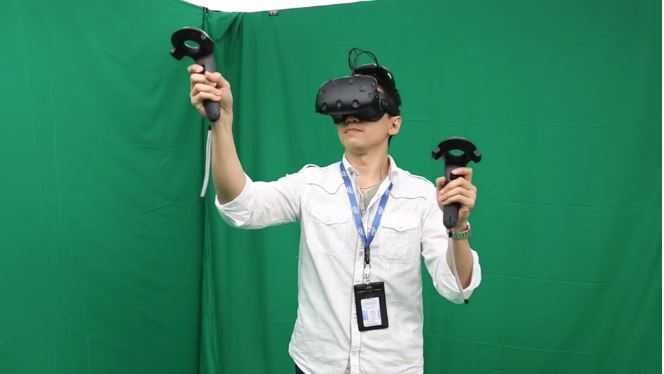 “We saw you don’t want to have the wire and the PC class experience can deliver a more rich and interactive experience than what you can do on your phone,” he said. “How much PC can we deliver when you wear it on your head? Another way is how do you remotely deliver the signal from the PC and do it wirelessly. The latter had more legs to it.”

In other words, a desktop PC plugged into the wall — connected to a VR headset by WiGig wireless — can deliver a much better VR experience than a wireless headset that does the processing inside the headset. That’s because there are battery trade-offs and size limitations that mean that the processing power in a standalone VR headset will be much less than what is available in the PC.

“There will be a place for those things,” Pallister said. “I think we’re quite a ways off from where people buy a standalone device that only does nothing but VR makes sense. For all these other spaces, whether it is with a smartphone or a PC, you have this Swiss Army Knife platform that you use for a bunch of things and therefore you can justify the cost of a high-end PC.” 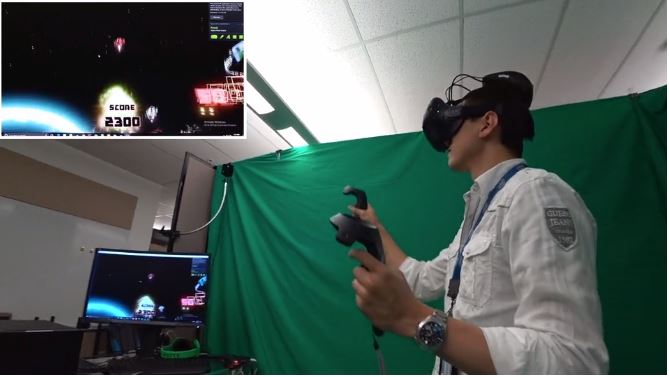 Pallister added, “Our bet right now is the biggest deployment of these things will be on general-purpose compute platforms, whether it is the PC or the smartphone.”

Intel’s demo used an HTC Vive headset. But instead of having a wire, it was connected to a fairly large hockey puck that sat on top of the user’s head. It was a prototype unit, and clearly wasn’t ready for production yet. But future versions are likely to be smaller and lighter. The puck might also clip on to a belt or a pocket.

WiGig is based on the 802.11ad standard, and it uses the 60-GHz spectrum, which isn’t crowded and can deliver data with a latency (or interaction delay) of just 7 milliseconds. One reason for WiGig is that it is faster (though with shorter range than Wi-Fi) and it has less interference than typical wireless networking via Wi-Fi.

Pallister said that Intel has worked closely with Microsoft, which will have announcements related to “mixed reality” technology for both augmented reality and VR at an event on October 3.