Intel and Unity Technologies are making games work better on tablets with Intel chips. The deal will help Intel break into the fast-growing tablet market, and it will make Unity an even bigger platform for games.

Christos Georgiopoulos, the vice president in the software and services group at Intel and general manager of developer relations, said in an interview with GamesBeat the strategic deal will accelerate Intel’s push into mobility. 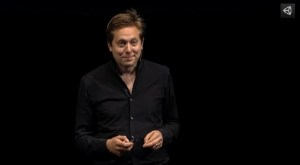 Unity has more than 2.9 million registered developers. They can now write native Android mobile apps for Intel processors and graphics technology. That means that Unity-based code for games will run faster and better on Intel-based Android devices. The collaboration will cover a wide range of current and future devices.

Unity has built a game engine, which enables developers to create games that can run on a variety of platforms including mobile devices, game consoles, PCs, and embedded systems. By adding support for new platforms such as Android on Intel, Unity makes it simple for a game to take full advantage of the unique hardware features of an Intel-based system.

Intel rules PC chips, but it has been slower to break into mobile. The company has set a goal of selling 40 million tablet processor chips this year, and doing the deal with Unity will help it accomplish that goal, Georgiopoulos said.

“With this deal, we are closing a gap,” he said. “This addresses Intel in the mobile space. This means that if you have a Unity-based game, it will run well on an Intel tablet.”

In the past, developers had to resort to binary translation of code from one form to another in order to make their games run on Intel devices. As a result, the translation slowed down performance, and it made it so fast-paced games didn’t run well on Intel. Now those games will run well on both Intel Core and Intel Atom chip families on mobile devices. The company will design support into both Unity 4 as an update as well as the upcoming Unity 5.

“Unity is used by half of all mobile game developers, and many of them have been asking for increased support for Intel-based devices running Android,” said Helgason in a statement. “We are proud to be working with Intel to ensure that Unity provides the smoothest and highest performing experience possible on Intel platforms.”

More than 600,000 developers use Unity every month. Intel has also cut similar deals with rivals such as Cocos2D, Epic’s Unreal Engine, Havok, and Marmalade.

“As a mobile gaming company, Kabam relies on the Unity game engine and the compelling performance and efficiency it provides us to publish our mobile games for players around the world, said Kent Wakeford, the chief operating officer of Kabam. “We are very excited to bring Unity-authored content, such as our upcoming title, Marvel Contest of Champions, to the rapidly growing installed base of Intel-powered Android devices.”