The new generation of Intel Core CPUs is here. Intel is using a new architecture on its ancient 14nm process to power the 11th-generation Rocket Lake-S processors. That results in some significant power improvements, but it also means that Intel can only fit 8 cores on its flagship Core i9-11900K. That sacrifice to the number of cores looks bad compared to the 12-core AMD Ryzen 9 5900X or even the last-gen 10-core i9-10900K. But Intel is also promising massive improvements to efficiency that should keep the Rocket Lake-S parts competitive — especially in gaming. 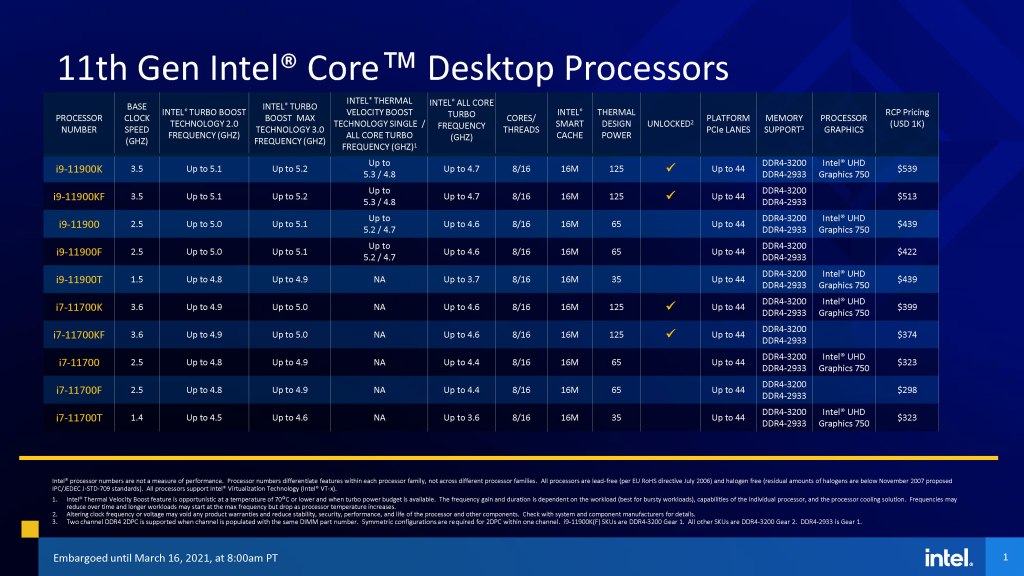 While the lack of cores is going to hurt Rocket Lake-S CPUs in multi-threaded applications, Intel claims that its 19% improvement to instructions per clock (IPC) will make up much of the difference. The UHD graphics processor in the CPUs also deliver 50% better performance than last generation.

Of course, Intel is focusing on games because that is where its processors remain the most competitive versus AMD. And that should continue with its Rocket Lake-S chips. These high-clocked parts with improved performance should keep up and even exceed AMD’s Zen 3 chips in certain games, like Microsoft’s Flight Simulator (according to Intel). 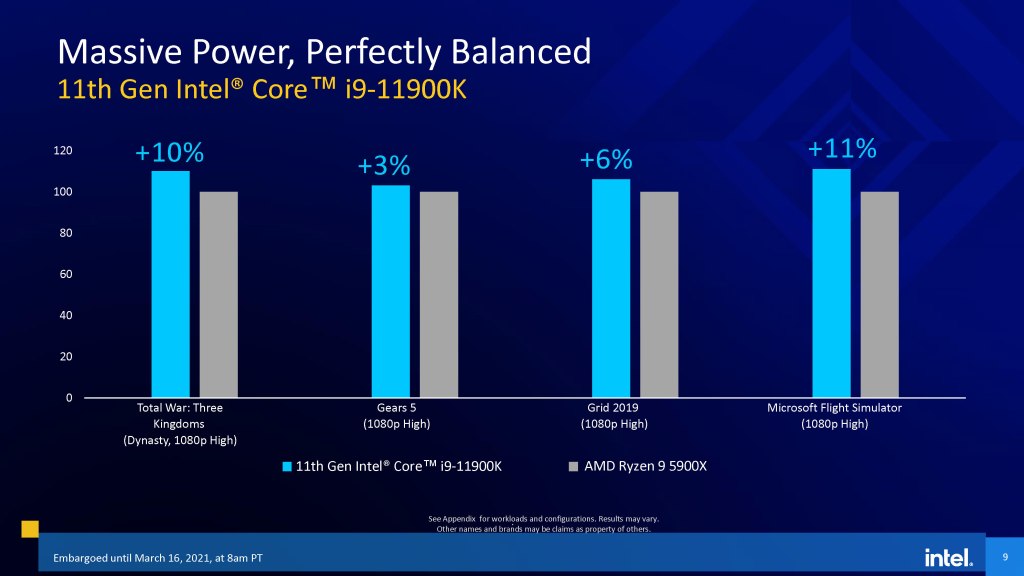 This new generation of CPUs is also finally pushing Intel’s desktop products into PCIe 4.0. This means you can get some of the benefits of cutting-edge connectivity between the processor, GPU, and storage.

In a briefing with press, Intel claimed that its PCIe 4.0 implementation is already 11% faster than AMD Ryzen.

So is this new Intel chip for you? It might be — especially if you still cannot find a Ryzen later this month.