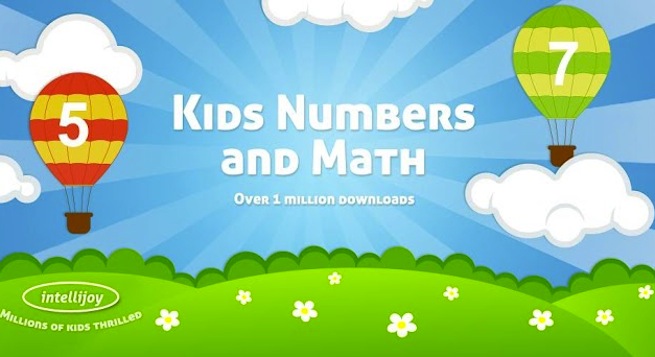 As tablets and smartphones proliferate among families, educational games have become increasingly important to parents. But finding them is tough: Marketplaces, whether on iOS or Android devices, contain hundreds of thousands of apps to sort through. And for developers designing these learning apps for kids of different ages, improving the games without knowing how children are playing them is difficult.

That’s why mobile developer Intellijoy is partnering with YogiPlay, a company that provides anonymous data of a child’s progress through a game via its software development kit. Insight from YogiPlay’s in-house educators also give feedback to the developer based on these results.

“If you want to create an app that really thrills people, then you need to know things that the ratings and reviews will not tell you,” said Alex Turetsky, founder and chief executive of Intellijoy, in an interview with GamesBeat. “If a child gives up after a certain level or if they are too young or too old for a certain activity or if a certain part of the game isn’t being used, you’d never know that from the ratings and the reviews that you get. But you will know it from the analytics.”

With apps specifically targeted toward preschoolers, Intellijoy has found success on Google Play, accumulating over 15 million downloads with games like Kids Numbers and Math (pictured above).

“As a developer, [it also helps us] to prioritize,” said Turetsky. “Instead of spending money on features nobody uses, we can get real data about what users do [interact with] and build apps that are used in their entirety and make sure that whatever money we’re spending creating features can be invested in making better apps.”

YogiPlay’s service benefits parents as well with its recommendation engine, which curates the best apps suitable for children ages 3 to 8. Any potential apps must undergo a series of rigorous tests before being added to the system: A team of early childhood experts play and rate the apps to decide if each is a good fit.

“With Intellijoy, we wanted to look at the learning potential [of these apps],” said Cedric Sellin, CEO of YogiPlay. “So understanding how the kids are progressing in the game, what they’re learning, and how much progress they’re making is also helping us in our recommendation [service] to parents.”

“And one of the things about Intellijoy that’s really amazing to see is they are maintaining their focus on [educational] apps,” added Michal Sellin, chief technologist at YogiPlay. “I think it’s a very difficult market. And it’s difficult to create apps that are providing true value to the kids that are using them.”

Cedric and Michal Sellin founded the Menlo Park, Calif.-based YogiPlay because, as parents themselves, they found it frustrating to sort through thousands of apps and reviews to find the right kind of content for their children. Earlier this year, the company partnered with popular conservationist Jeff Corwin for the release of Animal Bingo, a game that helps children learn about different animals. Over 100,000 parents and 160,000 kids use YogiPlay’s recommendation program.