Interior/Night Games showed off its new game, As Dusk Falls, during Microsoft’s Xbox Games Showcase today. The style of the story-based game is reminiscent of games like Heavy Rain, which reflect the studio’s origins.

The independent game studio is headed by Caroline Marchal, former lead game designer for Heavy Rain and Beyond: Two Souls at Quantic Dream. Her team includes veterans from Quantic Dream, the maker of Heavy Rain and Beyond: Two Souls as well as the more recent Detroit: Become Human. The team is building experiences based on “core truths of love, loss, good, evil, mystery, wonder, family, and friendships.” They are trying to appeal to a broad audience and connect emotionally.

“Our first game spans 30 years in the American Southwest,” Marchal said. “It’s about how you shape the fate of real, flawed people trying to make their way in a world where they don’t fit in.” 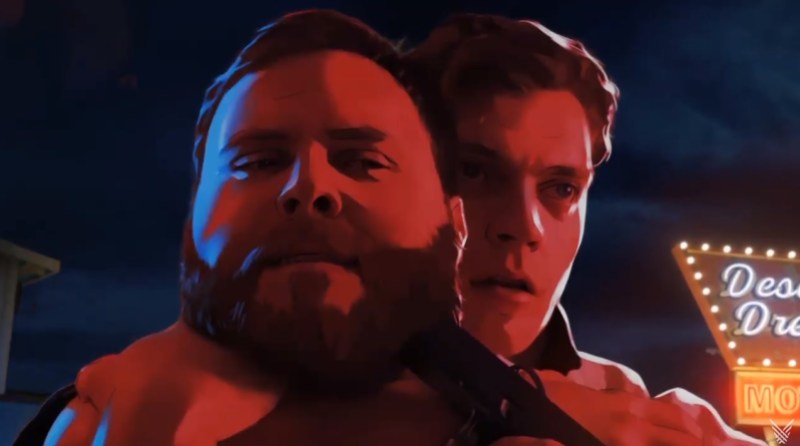 Above: Interior/Night’s As Dusk Falls.

The story is set in 1999 in the Arizona desert, where two families meet in an unhappy coincidence. The story starts in the middle, and it gradually widens over 30 years. One family was heading to “a new life” before their fateful stop at a motel. For the other family, it was “the end of the road.” The song from the trailer suggests it was a cruel twist of fate that brings them together.

The game has an interesting realistic art style, blended with comic art. They meet at a gas station and motel where some kind of holdup happens and tragedy ensues. The game shows a young girl at the motel, where the cops come and a teen takes the father of the other family hostage. Later on, the girl grows up and meets someone from the other family, years later. She says, “I got your letters.” 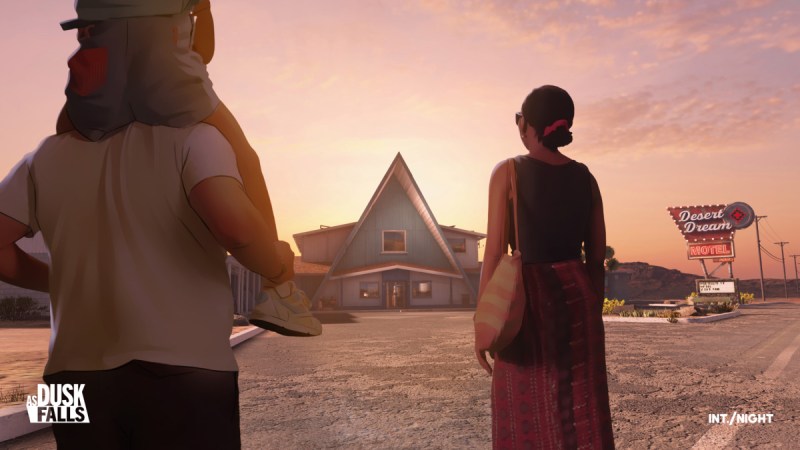 In a post, Marchal said, “I want to tell relatable, inclusive stories, grounded in real life, that can appeal to everyone. I’d like you, your partner, or your friends who may never even play video games to discover how thrilling and rewarding it can be to experience the journey of a broad cast of characters.”

The game asks questions such as: Can you break free of the influence of a toxic but loving family? Can you start over by moving home or changing jobs? Can you overcome your past? It reminded me of a game Telltale would make.