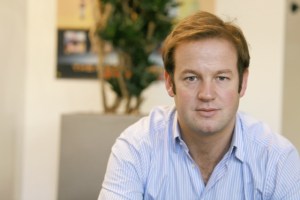 PARIS—The largest mobile game publisher in the world, Gameloft, has a line-up of six games ready for today’s launch of Apple’s new App Store, which coincides with the release of the new 3G iPhones. Gonzague de Vallois, senior vice president of publishing at Gameloft, overseas all development at the company across all gaming platforms. In addition to showing VentureBeat playable versions of Gameloft’s launch titles, de Vallois took some time to discuss what impact Apple’s new iPhone will have on the mobile gaming industry as well as the portable gaming industry in this exclusive interview.

VB: When you look at Apple as a company, traditionally, videogames have not been a big part of their business, even with its Mac computers. How do you see the new iPhone changing how serious Apple is about gaming?

GV: We’ve been working with Apple for two years now with the iPod. Games are a real part of this launch. We don’t know yet if games are just part of the marketing of the iPhone for Apple or a new strategy for software from this hardware company. We think there could be some interesting synergies with the Mac. Apple has been talking to us about the Mac, because in the past not all games come out for that platform and few titles come out at the same time as a PC counterpart. 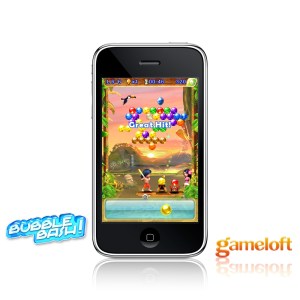 VB: As the number two publisher of iPod games, what type of overlap do you see with the gaming demographics of the iPod and the iPhone?

GV: In terms of their audience, even if it’s not the same age group — iPod is more mass market while the iPhone is catering to consumers in their 20s and 30s and an older demographic –both devices are equally male and female targeted. We consider the iPhone as a platform by itself. It’s a new platform that we introduced to our creators. The first batch of games we had 10 to 12 weeks to turn these around. But they’re working on many more titles that will take the technology further this year and beyond.

VB: How did the lack of gaming functionality on the original iPhone hurt the mobile games business?

GV: We’re already saw it in the second half of last year. Within the first three to four months of buying a new phone is when consumers spend a lot of money customizing their device. We had three to five million iPhone users who couldn’t buy games, and that hurt our business.

VB: Now that gaming is available on iPhones, what impact do you see this having on the mobile games business?

GV: The experience you’ll have on iPhone will push the carriers to step up their efforts. In the past, the competition from Sprint and Verizon was even because neither company could offer games beyond 600kb. Now iPhone has 100MB games. It will push the market to focus on the game experience.

VB: What about the touch screen functionality of iPhone?

GV: For the business, it’s interesting because other manufacturers are playing catch-up. It’s goods new for the industry because we’re seeing new phones from LG and Sprint that are featuring touch screen and other functionality.

VB: What have you seen with Sprint’s touch screen Instinct business?

GV: We’re seeing really good numbers from Instinct and Sprint. We think iPhone will be positive on the whole. Sprint launched their new Instinct with only 15 to 20 games that really showed off the capabilities of the platform. In the past, carriers might have just let every game out there. They had a real publishing strategy and our game numbers show that it’s working.

VB: What are the advantages of digital distribution via Apple’s App Store?

GV: Purchasing games over the Internet is something gamers can do in a few minutes. The users are used to this from iTunes. With a traditional mobile phone, you pay the cost of the game and then you’re charged an additional data charge, which you don’t see until you receive your bill. With iPhone, you’ll know the price you’re paying and there are no extra charges.