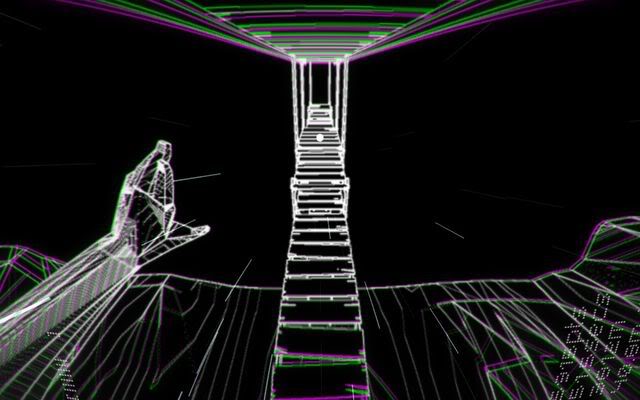 Chances are you've never heard of Fotonica. Hosted on Kongregate, the browser-based game features an artfully abstract take on parkour running that's heavily reminiscent of the underappreciated Mirror's Edge. Timing is everything as players traverse and jump in each of Fotonica's five tracks; gain enough speed, and the world sublimates into a golden-hued taste of nirvana. The twist? An impressively simplistic control scheme: Hold down one button to run, and release it to jump.

I had a chance to speak with Fotonica's ambitious creators, Pietro Righi Riva and Nicolò Tedeschi. They comprise Santa Ragione, a two-man indie team based in Milan, Italy, that has dabbled in board games and celebrates the expressive medium of indie games. Check out their thoughts below.

Bitmob: Fotonica's abstract approach toward jumping gives it a unique visual style for a browser-based game. Why did you decide to render Fotonica almost entirely in wireframe?

Pietro Righi Riva: It's not wireframe. It looks like wireframe without hidden faces, but if you look closely you'll see there is many more white lines than there are edges in the geometry. Without going into too much detail, we are drawing white lines on every face based on the polygon's normal and giving it almost a texturized effect. Having chosen this cover for the TIGsource competition, we were actually experimenting with post-processing shaders for what would become the first prototype for Fotonica, which was called Tales of Unspoken World.

Nicolò Tedeschi: I realize there's quite a leap from the cover we chose to the actual game, but retro gaming and modern art  (like a "hard edge" style or geometric abstraction in general) play an important role in Fotonica.

Bitmob: Did you encounter any challenges while designing the entire game around a single-button control scheme?

PRR: Yes, absolutely. First of all, navigating the menu: We had to come up with a totally different metaphor for navigation that implies holding a button for going forward and releasing for "changing things." Also, the gameplay was a challenge to convey as a one button sequence of movements while keeping complexity in the navigation of the levels.

One of the first prototypes after TOUW had a control scheme similar to Canabalt, but we were not satisfied as we felt that running should be an active behavior of the player. We felt that you should have been able to stop and decide when to start running. In the end, we left the option to play with reversed controls (named ATOMIC after Adam Atomic, designer of Canabalt), since some people find it too difficult to abandon such a deep-rooted gameplay convention of pushing a button to jump.

NT: Yes, the control scheme was definitely the real problem, especially in relation to the jump timing; we like the way Fotonica plays, but we also understand that it's a hardcore arcade game and most people won't spend enough time to "digest" the jumping. The goal now is to make it less unforgiving but still challenging. 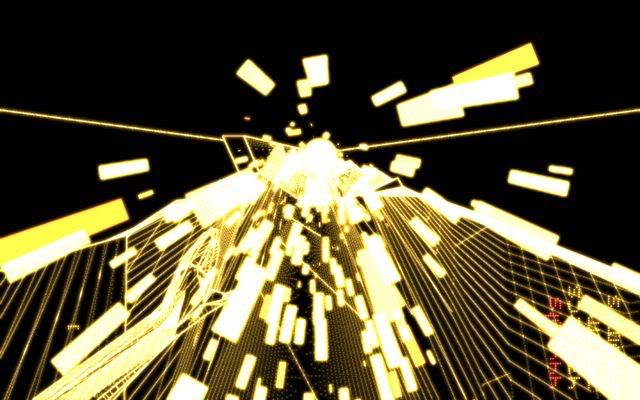 Bitmob: Fotonica's music is an ambient escape into catharsis. Did you foresee the game's soundtrack playing an important role in immersion?

PRR: Yes. We kind of wish we had more time to work on Fotonica and implement the ideas our sound designer proposed. We will in the future, and you can expect dynamic music to play a bigger role in Fotonica's next release.

NT: Also, releasing it for browsers forced us to keep the game small so not to affect loading times too much; we all hate to wait right? Music is very important, and we will try to make a better use of it in the downloadable version. If I had infinite money, I'd hire Vangelis or maybe [John] Carpenter to do the soundtrack!

Bitmob: What's next for Fotonica? Any additional levels or abilities planned?

PRR: We're still discussing it. It will depend on the success the game gets on the Kongregate platform. We would love to bring the game as a standalone in the Steam and Mac App stores and eventually on iDevices and Android. If we do, we will of course add new levels and new modes that will give the game a more puzzle-like gameplay.

NT: Fotonica is a pretty expandable game after all, and we've had many good ideas just in the past few months. One of the problems is building new 3D assets. That takes away a lot of time. So we'll have to balance the work. We really need to spend some more time on game/level design. 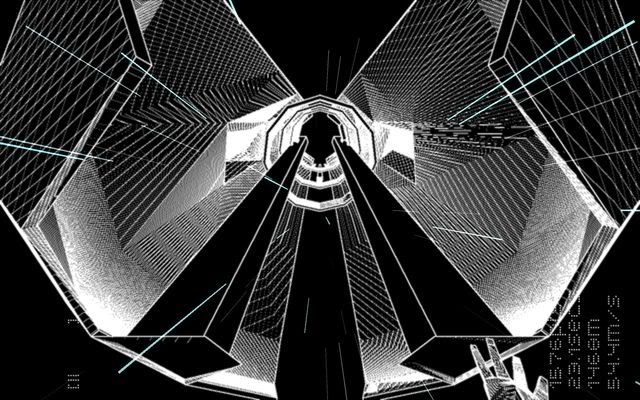 Bitmob: Where do you see indie gaming heading in the near future?

PRR: I absolutely don't know. I can tell you where I wish we are heading to: I wish Indie developers can come together even more as a cultural movement and change the industry. I wish the development and distribution platforms open even more to let us be in a direct connection with players. That's why we are organizing the Lunarcade: to create connections between developers and spread the indie gaming culture.

NT: It's really hard to say. The world changes fast year after year. The good thing is that everyone is working hard in the indie scene, with passion and dedication; I love the creative freedom of the indie movement, I love the way games are gaining more cultural value, I love the way gaming is expanding its own grammar; so I don't really know where indie gaming is going, but I know I want to preserve its independence and intellectual freedom.