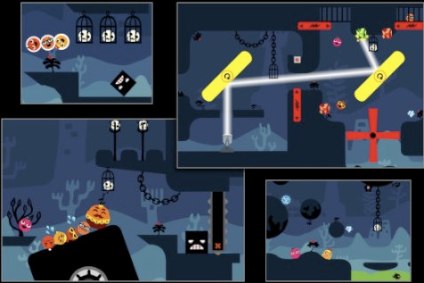 The iPhone game publisher Ngmoco is announcing today that it has raised $10 million in a second round of funding — in its ninth month as a company.

The funding — led by Norwest Venture Partners and put together in a matter of weeks — shows how hot the iPhone game sector is and how the San Francisco company in particular is riding a wave of excitement. The company was founded by Electronic Arts executive Neil Young in July, and it launched its first iPhone game in October. It now has seven games on the market and plans to release one or two per month.

“Everything in this market happens so quickly,” said Young in an interview. “The iPhone is really the first wave of new phones that have the same capability to play games as the handheld game systems have.”

Apple announced last week that it has sold more than 30 million iPhones and iPod Touch units, which means that the platform is growing as fast as Nintendo’s Wii game console, which is the bestselling console. There are more than 6,700 games on the iPhone. Young believes the platform has taken off because the device is so usable, the AppStore is a friction-free market, and Apple has tightly coordinated the hardware and software.

Last July, Ngmoco raised a $5 million round from Kleiner Perkins Caufield & Byers and Maples Investments. Both of those companies participated in the new round. The new money will be used to expand the company’s line of premium products (which, like Ngmoco’s hit, Rolando, sell for $9.99), add or acquire some development talent and games, and invest in the company’s own game networking platform. So far, the company has had five top-10 iPhone games, and its games have been installed more than seven million times.

Young is going to be one of the speakers on my game platform panel at VentureBeat’s GamesBeat 09 conference on Tuesday. He said the company expects to release 12 to 15 premium games in 2009. The next game launching is Star Defense, which is a sci-fi game akin to the hit Desktop Tower Defense, where you defend planets against attackers.

After that, Ngmoco will launch Touch Pets, which is a virtual pets game that Young demonstrated on stage at Apple’s press conference last week. That game will be released soon, but its virtual goods market, where you can buy things for your pet in the game, won’t be launched until the release of the iPhone 3.0 software release this summer. LiveFire, a shooting game that Young demoed on stage, will shift after the 3.0 launch.

Internally, Ngmoco employs 26 people, but it farms out game development to smaller studios so that 50 or 60 people are working on games now. Young said the company was ahead of its business plan but declined to disclose whether the firm was profitable. Tim Chang of Norwest will join Ngmoco’s board.

For more on the games market, please come to GamesBeat 09 on Tuesday in San Francisco.