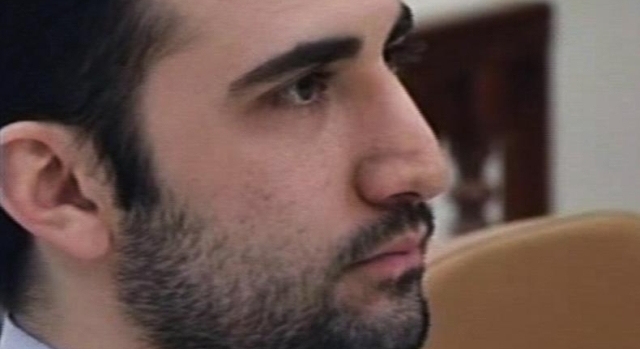 A man with both US and Iranian citizenship has been sentenced to death for allegedly producing video games that act as western propaganda. According to state media reports, this comes as part of a wider CIA effort to start a revolution within Iran.

Amir Mizra Hekmati, who was born in Arizona, appeared in a televised confession in Tehran. He seemed to admit he had acted as a spy on behalf of the CIA and had also creating games to manipulate public opinion in a pro-western manner.

Washington has dismissed Hekmati’s claims and denied allegations he is a spy. He is believed to be employed by New York-based Kuma Reality Games. It appears Hekmati has been denied access to Swiss diplomats (who represent the US in Iran) despite calls from the US for his immediate release.

According to judiciary spokesman Gholamhossein Mohseni-Ejei, Hekmati can appeal to Iran’s supreme court. A quotation from Mohseni-Ejei that was released on the ISNA news agency revealed Hekmati was sentenced to death “for cooperating with the hostile country America and spying for the CIA”.

If Hekmati is found guilty of developing pro-western propaganda for the CIA, it is likely the court will use him to set an example for opponents of the state.

State newspaper the Tehran Times has published what it claims are extracts from Hekmati’s confession, in which the games designer allegedly claimed he joined the US army in 2001.

“After receiving general and specialized military training, I was sent to a special university to learn Middle Eastern languages,” Hekmati was recorded as saying.

“Afterwards, I entered Iraqi soil as an intelligence analyst and in US Army uniform, and my main mission was to identify a number of people among the country’s officials.”

It is claimed Hekmati joined DARPA [Defense Advanced Research Projects Agency] after his time in Iraq.

“After [working for DARPA], I went to Kuma. This computer company was receiving money from the CIA to design and distribute for free special movies and games with the aim of manipulating public opinion in the Middle East. The goal of the company in question was to convince the people of Iran and the people of the entire world that whatever the US does in other countries is a good measure.”