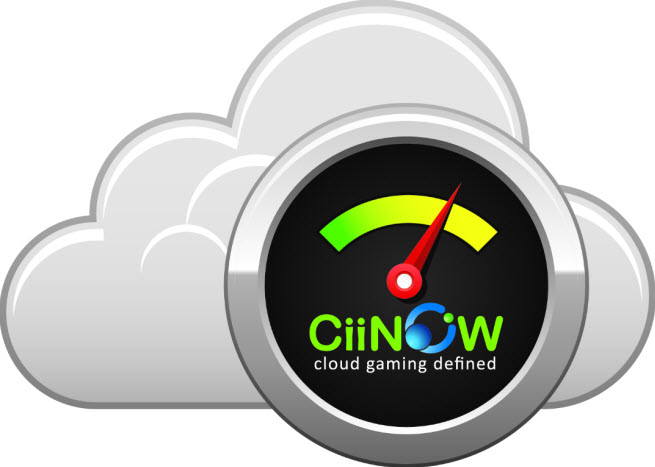 I’d like to address recent statements made in the media about whether cloud gaming has been a flop. Being deeply committed to the gaming industry, and most recently to cloud gaming specifically, it is my belief that quite the contrary is true—Not only are the technology and concepts behind cloud gaming alive and working well today, but the capabilities of cloud gaming are poised to dramatically impact the way the industry engages with the opportunity of games—from service providers, to game publishers, to consumers.

A View of the Early Days

At the 2009 Game Developers Conference, I watched a demo of OnLive’s cloud gaming solution and scoffed at the premise and performance of what I saw. As an ardent technology fan and industry veteran, it was impossible for me to believe that streaming games via the cloud could be a workable solution for modern gaming. Although I may not have been impressed with the GDC demo, the potential of cloud gaming was unshakable. I became a student of the technology and OnLive’s initiative. Nine months later, I joined the company.

For company’s attempting to deliver a cloud gaming solution, the past few years have shouldered significant industry scrutiny about the technology’s viability. While my intention is not to engage in a discussion about the issues that led to many of OnLive’s problems—they are well documented elsewhere—I hope it is understood that what happened at OnLive had nothing to do with the technology. Although I no longer work there, I remain an avid believer in the potential of cloud gaming technology, and perhaps since joining CiiNOW, maybe even more enthusiastically so.

Before services such as OnLive and Gaikai launched, industry pundits claimed cloud gaming was unclear on the concept of physics, and therefore the pursuit was absurd. Apparently, however, someone failed to inform physics. Over the last few years, I have played, demoed, and gathered gameplay feedback from people both outside and within the games industry, and one thing is clear: playing games in the cloud works, and works well!

One of the most often cited issues hindering the viability and advance of cloud gaming is latency. For gaming purposes, latency is the time between the user input and the picture change that is a result of this input. Latency is important because it can significantly affect whether a game is fun.

In the article I reference above, the author equates latency to a Moore’s Law (the notion that the number of components on a chip doubles every two years) type of equation. The fundamental issue between linking the two, however, is latency and bandwidth are not measured in the same way as Moore’s Law– cloud gaming is not a function of bandwidth increasing or latency decreasing on a set time period. In fact, there are many areas where there is unbelievable bandwidth available—Kansas City, Seoul, Stockholm to name but a few—and the latency is next to zero! The real truth is that the current spread of broadband here in the U.S. is slow, and until very recently, a 2 megabit-per-second connection was considered broadband, which in reality is unacceptable for almost anything these days. Although this is a solvable problem, the pace of progress in this area is not keeping step with the burgeoning streaming businesses we are all using.

At my current company, CiiNOW, we have been doing extensive tests on latency to stress and verify our technology, and we’ve been pleasantly surprised by two things:

Let me repeat, you can play a game from the cloud with less latency than playing a console game in your living room. We will no doubt be asked for the data to support these claims, the specifics of which will be detailed in an article by our chief technology officer in the first quarter of 2013. We’re so confident in our findings that we can willingly provide all testing parameters to anyone interested in duplicating the results – our only request is that all subsequent test results be published and unfiltered.

The Gaming Experience – No Comparison

Latency matters, as does consumers’ growing impatience for heavy software downloads in order to experience rich game play and functionality. Enter the brilliance of cloud gaming—all game content, regardless of how graphics-intense it may be, is always up-to-date and ready to launch, whether from smaller screened devices such as set-top cable boxes, mobile phones and tablets, or larger screened  PCs/Macs and Smart TVs. The gaming experience via a cloud gaming technology-powered device is current, immersive and engaging, affordable, and it is instant. As a gamer, what more do you need?

Still not convinced? Here is a very real and recent example of the frustration aligned with our current console gaming options. Last week, a friend and I wanted to play some games– I fired up the PlayStation 3 and launched Battlefield 3. I was quickly notified on-screen that I needed to install updates which would take 15 minutes. I hit ‘cancel’. We decided to play something else– so I launched Pain, and the irony in the game title and the next ‘alert’ received was thick—we were told we’d have to wait 16 minutes for the latest update to install… cancel again. Then I tried ‘You don’t know Jack’– only a 10 minute update this time. Crazy, but it felt like a win! The sad fact is that this exemplifies gamers’ experiences on both PCs and consoles on a daily basis. This is something that doesn’t plague a cloud-based gaming experience.

Capitalizing on the Household Gamer Opportunity

It is not surprising cable providers and service operators are keen to explore adding games to their current offerings. With millions of subscribers at hand, there are seemingly limitless opportunities to market great, family-friendly content, as well as offer a variety of more hard-core options, and enable previous ‘non-gamers’ a low-cost way to experience the thrill of large-screen game play. Agreeing to a nominal per-month increase for a premium game channel and new entertainment source becomes a much easier point-of-purchase decision for households to make, rather than investing in expensive console hardware. Cost, coupled with the convenience of not needing to purchase individual games at retail (cloud-based games launch instantly!), makes the reality of cloud gaming a resoundingly compelling opportunity for both consumers and content providers with the right model in place.

I do agree with one thing mentioned in the article referenced above – the capabilities of the cloud and putting its power and unique features in the hands of the creative people who makes games, will reap a new generation of innovative and engaging products and features you just can’t do on a local console. Where I diverge, however, is on how that’s going to manifest – currently, making a game for the Xbox 360 and the PS3 is not easy. The expectations on the graphics fidelity and depth of environment are only being pushed up, and that’s going to be compounded for Durango (the code name for the next Xbox) and Orbis (PS4). Asking developers to go even further to increase the complexity of the environment, or detail of the world, or characters because there is potentially unlimited compute power in the cloud isn’t where we need to go right now. The cost/benefit ratio based on how games are made for the current generation is shaky as it is – dial expectations up for the next gen and it’s much worse.

Here’s where I become heretical (having spent time at both ATI and NVIDIA in the early days of 3D). We don’t need to cross the uncanny valley (a chasm that will be crossed when animators will be able to create a realistic human face) – adding even higher fidelity graphics won’t make the game better. Consider the Final Fantasy: The Spirits Within movie– the graphics were stunning for the time, but all the tech and amazing graphics didn’t help make the movie any better. The simple truth is that expensive and time-consuming game production isn’t helping move the industry forward. Instead, we need to start making more games that inspire a greater number of people to play more often.

According to VGChartz.com, there are approximately 237 million people in the world that own a Wii, an Xbox 360, or a PS3. That leaves about 6,820,516,542 people who don’t own a console, and those numbers represent a huge, yet-untapped opportunity. For both personal and professional reasons, I want to make gamers out of them all and I can do it much easier, and certainly much faster, in the cloud.

Chris Donahue is vice president of marketing and publisher relations at CiiNOW. He has nearly 25 years of experience in the video game, hardware and software, internet, and cloud gaming industries. Prior to CiiNOW, Donahue held executive positions at OnLive, inXile Entertainment, Live Gamer, Microsoft, Nvidia, ATI Research, The ImagiNation Network, and Sierra On-Line.